Westpac will allow property investors to take out interest-only loans with smaller deposits than it previously demanded, as the country's biggest lender to landlords seeks to lift its mortgage growth.

In the latest move by a bank to target the recovering property investor market, Westpac is raising the maximum loan-to-valuation ratio (LVR) for interest-only loans to property investors to 90 per cent, from 80 per cent. 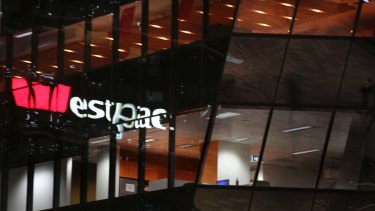 Property investors are an important target market for Westpac.Credit:James Alcock

Westpac-owned subsidiaries including St George and Bank of Melbourne on Monday told mortgage brokers of the new policy, and the change will also apply to Westpac-branded loans. New interest-only loans to owner-occupiers will remain subject to an LVR cap of 80 per cent.

The bank's general manager of home ownership, Will Ranken, said financing property investors was a key part its lending strategy. "We believe this change will provide a competitive proposition for investors looking to purchase their next property," Mr Ranken said.

The loosening in credit policy comes as the property market in Sydney and Melbourne has bounced back in recent months, thanks to falls in interest rates, a relaxation of curbs on borrowing capacity, and the Coalition's election victory in May.

In the previous housing boom around the middle of this decade, interest-only lending surged, reaching almost 40 per cent of all outstanding housing credit in 2015 and sparking regulatory intervention.

Amid concerns about lending standards being eroded, the Australian Prudential Regulation Authority (APRA) took the rare step of capping the proportion of new interest-only lending in early 2017, prompting banks to slam on the brakes by raising interest rates and toughening their credit policies.

However, APRA said it would remove this curb late last year as house prices fell sharply, and banks have been unwinding some of the curbs that were put in place, with ANZ earlier this year also raising LVR limits for property investors with interest-only loans.

Banks have also this year cut their interest rates for interest-only customers by more than rates on other types of mortgages.

"It's an area where the banks are chasing market share. I think it's going to grow, but not as quickly as before. People are still wary," Mr Lim said.

Westpac is the country's biggest lender to property investors, with almost $175 billion in investor loans, according to its most recent accounts from the March half.

Interest-only loans — which are most popular with investors due to tax reasons — accounted for 31 per cent of all mortgages at the bank, down from 50 per cent two years earlier.

Westpac in rift with BCA on climate change policy