Home » Markets » ‘We asked questions about it’: Small companies warned by regulator of flimsy net-zero claims

‘We asked questions about it’: Small companies warned by regulator of flimsy net-zero claims

Smaller companies preparing to list on the Australian Securities Exchange are having their net-zero credentials questioned by the corporate regulator, which has noticed firms making ambitious climate-change promises without the substance to back them up.

The Australian Securities and Investments Commission has been increasingly focused on greenwashing, as ethical investments and green funds surge in popularity and a change in government has led to a renewed focus on climate change and the transition to net-zero emissions. 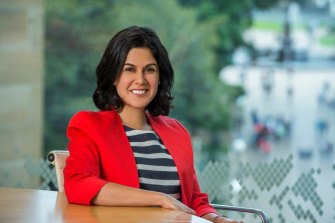 ASIC’s Claire LaBouchardiere said the regulator will use enforcement action if they saw egregious examples of greenwashing.

ASIC’s Claire LaBouchardiere, who is in charge of oversight of corporate disclosure and governance, told a conference of superannuation trustees and investors last week that the regulator is looking closely at sustainability related financial products to ensure they don’t misrepresent their green credentials.

More and more entities are making public statements about net-zero claims, she said, but she warned their goals must have proper backing and substance.

“Under the law, for any forward-looking statements, you must have a reasonable basis, otherwise the disclosures could be deemed to be misleading. So, you can’t make a purely aspirational statement. You need to have the basis there,” she said.

LaBouchardiere said ASIC was focused on lifting disclosure standards across the superannuation and managed funds sector, which was the impetus behind the release of an information sheet earlier this year which outlined what the regulator is expecting.

However, if the regulator does see egregious conduct, LaBouchardiere said it would consider taking enforcement action. Her team has been reviewing initial public offering prospectuses before companies list on the sharemarket, and have noticed some questionable net-zero commitments.

“We have seen among some of the smaller companies, they have made net-zero commitments and, when we asked questions about it, the statements are more of an aspirational nature or more in the form of a marketing-type statement,” she said.

“So that’s where we have reached out and asked questions and, as a result, they’ve changed their disclosure to either modify statements to be clear about what it actually is or removed it altogether.”

“If you are reporting entities, this is an area that’s moving very, very quickly. We would suggest not waiting until we have mandatory disclosures. Start thinking about your governance arrangements.”

As a tide of money is funnelled into green funds, global regulators have cracked down on greenwashing as a priority. 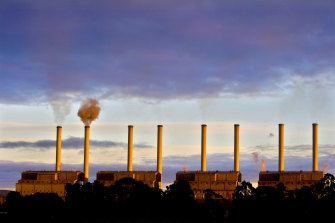 ASIC is turning up the heat on corporate greenwashing.Credit:Fairfax

ESG assets are projected to exceed $53 trillion by 2025, LaBouchardiere said, representing more than a third of the $140 trillion in projected total assets under management.

Morningstar head of manager selection Grant Kennaway said there were issues in Australia around disclosure of portfolio holdings within the superannuation sector, which he said was able to operate in a “dark void” when it came to transparency around their investments.

“If an investor’s invested in a fixed-income fund, through their super fund or through a mainstream managed fund, some of the debt that they’re exposed to may be funding a coal development, or it could be funding petroleum. The debt could be issued by these fossil-fuel related parties,” he said.

“There’s no portfolio holdings disclosure requirement for that, so you’re just not going to know.”

He said current disclosure requirements were “appallingly weak” and this lack of transparency could give rise to issues around greenwashing.

“Sunlight’s the best disinfectant. If you actually bring light on these issues, it’s just a simple solution for the avoidance of greenwashing if you can actually look to see what’s actually in the portfolios … just have this transparency about what holdings actually make their way into these super funds and manage products.”

Kennaway said Morningstar research had shown a surge in the Australasian ESG investment sector. Its research shows by the end of July, retail assets in sustainable funds totalled $38.7 billion.