Home » Markets » We are having the wrong debate about responsible lending

We are having the wrong debate about responsible lending

The debate about the Morrison government’s proposed repeal of responsible lending laws is being framed in a context that no longer exists.

Those opposed to the bill now before federal parliament characterise it as a weakening of consumer protections that will leave borrowers exposed to rapacious lenders. The government, and the lenders, argue that it will free up credit for borrowers, make it easier and faster to get access to credit and generate efficiencies for the lenders. 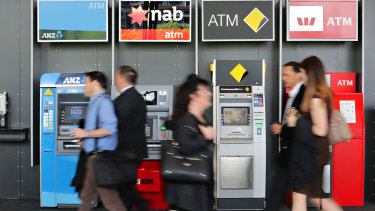 A significant problem in the past, which has since been remedied, was the existence of sales-based incentives for frontline staff in the banks and other lenders.Credit:Paul Rovere

What appears to be missed by the consumer advocates, however, is that as it stands, the bill will do little to weaken consumer protections because they are effectively advocating an interpretation of the law that is no longer the law, if it ever was.

The National Consumer Credit Protection Act obliges lenders to assess whether a proposed loan or increased credit limit is unsuitable for the borrower. It also requires the lender to make reasonable inquiries about the consumer’s needs and objectives and their financial situation and take reasonable steps to verify the information gathered.

That is, it should be said, all very reasonable and what one would expect any responsible lender to do with or without the legislation. Indeed, it is effectively what the primary regulator for licenced lenders – the Australian Prudential Regulation Authority – does require lenders to do, albeit more to ensure institutional and systemic stability than to protect consumers.

Some of the confusion within the debate about the legislation relates, not to the ambitions of the laws that were enacted in 2009 in the wake of the financial crisis, but to the way they have been administered in the past.

The Australian Securities and Investments Commission took a very prescriptive view of what “reasonable” inquiries and verification meant. It effectively required lenders to collect from the borrowers, and verify, the data for every detail of their expenditures and incomes before determining their suitability for a loan.

That was until ASIC took Westpac to court, alleging that it had breached the responsible lending provisions by using a benchmark, the Household Expenditure Measure, rather than consumers’ declared expense, to assess their capacity to repay their home loans.

That was despite the fact that the algorithms Westpac was using had more than 200 “rules” – it wasn’t solely using the HEM – and that the bank also added a buffer to the HEM before a loan could be approved.

Moreover, data from the parcel of loans approved by Westpac’s automated lending system that ASIC targeted showed they had better credit quality – lower hardship applications, similar delinquencies and a higher level of additional repayments – than manually approved loans or the rest of Westpac’s loan portfolio. 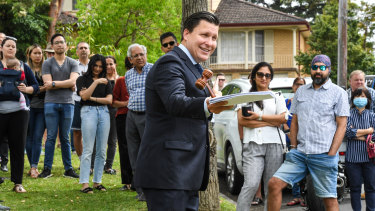 Property markets across the country are booming.Credit:Peter Rae

ASIC went to court and lost in the famous “wagyu and shiraz” case, where Justice Perram, rather colourfully, made the common sense point that the borrowers’ past expenditures might not be relevant to their spending habits once they had a mortgage.

“I may eat wagyu beef every day, washed down with the finest shiraz, but if I really want my new home I can make do on much more modest fare,” he said.

ASIC appealed to the full Federal Court, and lost again, with the judges upholding Justice Perram’s decision and saying that, while the law required the bank to make reasonable inquiries about a potential borrower’s circumstances, it didn’t need to take all that information into account when assessing whether a loan was unsuitable.

In other words, it is essentially up to the lender to determine what information is relevant in deciding whether or not a loan is “not unsuitable” for the borrowers.

The responsible lending provisions, while well-intentioned, provide only an illusion of protection for consumers.

The debate is based on a false premise that, without the responsible lending provisions, unscrupulous lenders will lend irresponsibly. Leaving APRA’s directions aside, no senior executive of a bank wants to lend irresponsibly and lose the bank money.

A significant problem in the past, which has since been remedied, was the existence of sales-based incentives for frontline staff in the banks and other lenders.

Poorly thought-through incentives can drive poor behaviours and the elevation of the staff member’s interests over the customer’s, which is what happened and which led to a distressing catalogue of consumer trauma at the royal commission. The banks have since removed incentives based solely or largely on sales.

The proportion of Australian borrowers who default on their mortgages is minuscule and is largely driven by events like unemployment, marital breakdowns, family violence, illness or natural disasters rather than by over-borrowing.

There will, however, always be some borrowers that overextend, exaggerating their income and underdeclaring their expenses to borrow more than a lender would otherwise responsibly lend. 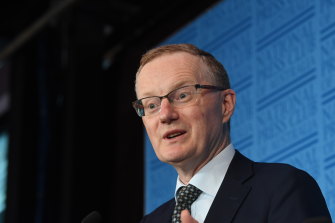 RBA governor Philip Lowe told a parliamentary committee last year that principles in the Act were sound but the way they’d been translated into reality needed to be reviewed..Credit:Peter Braig

Whose responsibility is that? Is the banking system one of caveat emptor or caveat vendor? If it’s entirely the latter far fewer Australians would have access to credit and those who did would have access on less favourable terms. It would also be a very paternalistic system.

It is worth noting that the Reserve Bank’s governor, Philip Lowe, told a parliamentary committee last year that he thought the principles in the Act were sound but the way they’d been translated into reality needed to be reviewed.

“We can’t have a world in which, if a borrower can’t repay the loan, it’s always the bank’s fault. On a portfolio basis we want banks to make some loans that actually go bad because if a bank never makes a loan that goes bad it means it’s not extending enough credit,” he said.

Apart for the fact that there is a myriad of other legislated consumer protections for borrowers from egregious conduct by lenders it is open to APRA to dictate lending standards, which is does at both a systemic and institutional level.

It could also – and may well, given the heated state of housing markets – adjust those standards to reflect current conditions. It has done that in the past by tightening loan-to-valuation ratios or increasing the buffers that all the banks use over current interest rates to assess affordability and, in practice, toughen the criteria for getting a loan approved.

The responsible lending provisions, while well-intentioned, provide only an illusion of protection for consumers.

The better protection is the lenders’ self-interest – their desire to avoid both financial losses and the reputational losses that led to the financial services royal commission – and the big changes to remuneration and liabilities for bank staff and executives that have occurred in response to that commission and some quite intense, damaging and, for the banks, costly APRA reviews.