The good times for U.S. equities may be about to stop rolling. After outperforming much of the rest of global markets over the past decade and continually hitting new record highs, U.S. stocks are likely to become the international laggards over the coming decade, as per the opinions of strategists at Morningstar Investment Management Europe. In the words of Dan Kemp, Morningstar’s chief investment officer for Europe, the Middle East and Africa, “Our expectations at the moment is that you won’t have any real return from U.S. equities over the next 10 years,” according to Marketwatch. 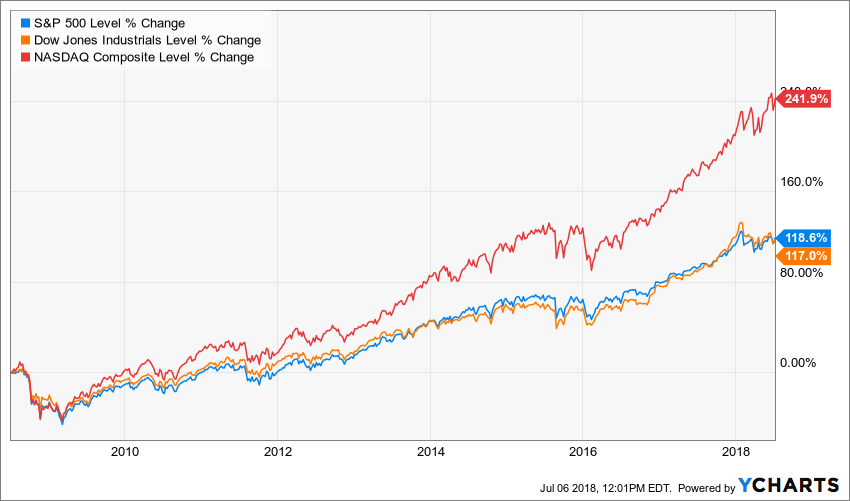 After adjusting for current valuations, Kemp indicates forecasts that implied returns in U.S. equity markets will be close to zero, the lowest among other markets around the world, including Europe, Japan, Asia, the U.K., and emerging markets. Relative to these other markets, the U.S. equity market is looking “extremely expensive,” Kemp noted.

Morningstar’s bearish forecast for U.S. equities finds some support, at least in the near term, from analysts calling the end of the current economic cycle. The signs are all there, Kempen Capital Management’s chief strategist Roelof Salomons told CNBC late last week, “we see yield curve flattening, we see credit spreads widening, we see defensives slowly becoming outperformers, it’s a classical late-cycle story.” He noted that while the last time he spoke to CNBC, Kempen Capital Management was “long and nervous,” this time they’re no longer long, but “increasingly nervous.”

According to Paulsen’s “Main Street Meter” (MSM) model, which incorporates consumer confidence and unemployment data, rising values in the MSM tend to coincide with lower equity values. The MSM is now at its third-highest level since the 1960s. In a note to clients, Paulson wrote, “Because confidence is high today and unemployment is low (i.e., the capacity of this recovery is near a peek), the risk-return profile of the stock market has worsened considerably, and investors should prepare for far less satisfying results in the next five years,” according to a separate article from CNBC.

Interestingly, Paulsen is not completely negative about all U.S. equities, noting that the future is more optimistic for small-and mid-cap companies as well as momentum stocks. The high consumer confidence is likely what will keep those types of equities buoyant for now. He also thinks commodities, inflation-indexed bonds, and international equities offer potential opportunities. (To read more, see: Global View: Keep Buying the Dips, Says Citigroup.)

Consumer confidence, however, could easily be dashed by the effects of escalating trade wars. Tariffs will cause firms to re-evaluate their capital spending plans, potentially limiting new hires, an effect that could start to push unemployment upwards and take a chunk out of consumer spending, according to DataTrek co-founder Nicholas Colas.

While still somewhat bullish, CFRA chief investment strategist Sam Stovall, sees a potential trade war as one of the biggest threats to the stock market, calling it a bigger threat than both rising interest rates and inflation, according to CNBC. (To read more, see: Trade War Could Tip US Into Full Recession: BofA.)