Malcolm Turnbull’s son has been ordered to pay the legal costs of his father’s former business associate and friend after he rejected three settlement offers during an ultimately unsuccessful lawsuit.

The former prime minister’s son, Alex Turnbull, launched legal action in 2020 seeking $12 million from Pengana chief executive Russel Pillemer’s company, alleging his family was misled into accepting cash for repayment of a loan made to Pengana in 2017. 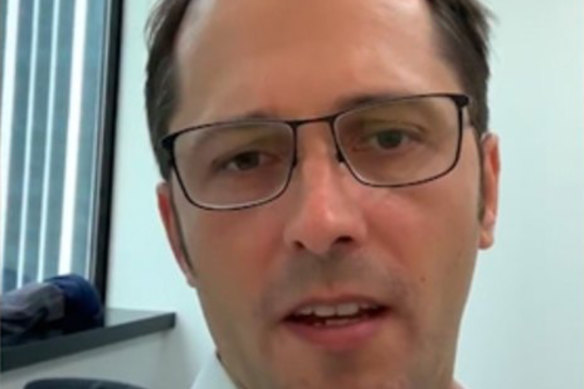 The lawsuit provided an insight into the high-profile Sydney business and political circles, and included allegations that Malcolm Turnbull had sought to conceal his financial assets during his political career by giving a $6 million “gift” to his children.

The case was thrown out earlier this month after Justice Kate Williams found Alex Turnbull had a “willingness to lie” during cross-examination and gave “false” and “self-serving” evidence. On Wednesday, Justice Williams ordered Alex Turnbull to pay the defendant’s costs.

The latest ruling centres on Pillemer’s lawyers giving Alex Turnbull three opportunities to extricate his company from the proceedings. All three offers were rebuffed.

Pillemer’s lawyers made the first settlement attempt in September 2020, offering Alex Turnbull’s company $180,000. In this offer, each party would have paid their own costs and Alex Turnbull had seven days to respond. He did not accept.

The following year, on July 5, Pillemer’s team made another offer to pay Alex Turnbull’s company $150,000 in full to dismiss the matter, with each party paying its own costs. This offer stood for 14 days but Alex Turnbull again did not accept the offer.

Pillemer’s team made a final offer on September 13, 2021, two weeks before the commencement of the final hearing, to settle for $250,000. Again, Alex Turnbull did not accept.

Justice Williams found the offers were genuine and that Alex Turnbull’s failure to accept them was “unreasonable” due to the “high degree of certainty” that the case would fail.

“The period for which the offer was open was relatively short, but I infer that the plaintiff would have requested the defendants to keep the offer open for a longer period if the plaintiff had required further time to consider and assess the offer. No such request was made.”

Ultimately, Justice Williams ordered Alex Turnbull pay the costs, which a number of sources with knowledge of the issue have said could be as high as $1 million.