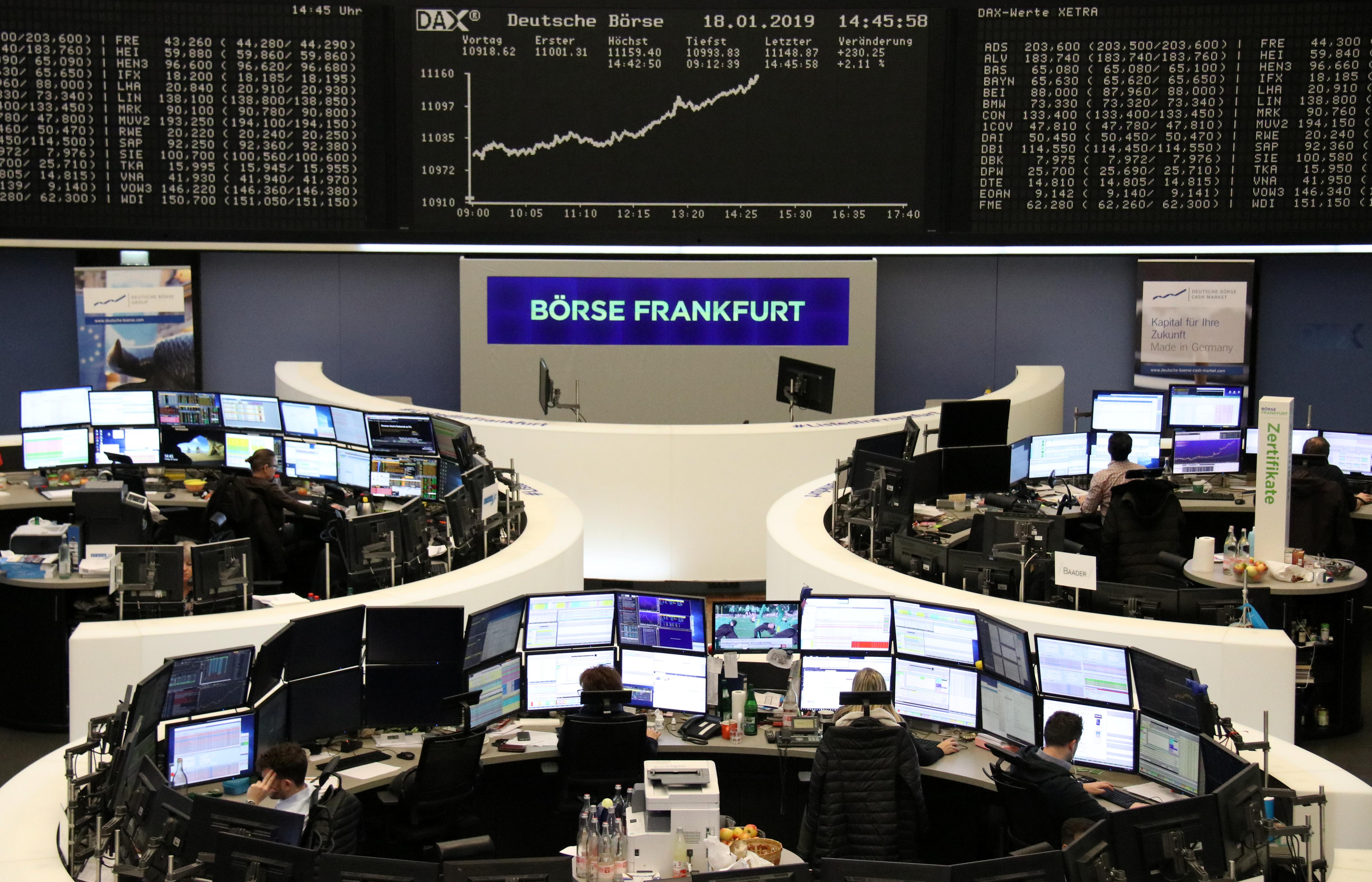 The STOXX 600 index was up 0.3 percent with most European bourses slightly in positive territory. The index extended its new year rally into a fifth straight week.

“Yet another stellar month of U.S. job creation has provided more good news for investors, who have not exactly been short of positivity of late,” said Chris Beauchamp, chief market analyst at IG.

“Earnings, a dovish Fed and a seemingly inexhaustible supply of new workers have all contributed to more gains for equity markets.”

Signs overnight that the U.S.-China trade talks were progressing boosted sentiment, offseting Chinese factory data that underscored concerns about the cooling growth in the world’s No. 2 economy.

The data came two days after the Federal Reserve signaled that its three-year interest rate hike campaign might be ending because of rising headwinds to the economy.

News that U.S. President Donald Trump would meet Chinese President Xi Jinping soon to try to seal a comprehensive trade deal stirred hopes of a truce between Washington and Beijing to end their protracted spat.

Corporate earnings across Europe provided some hope even as analysts said the fourth-quarter results so far this season have exposed a significant reduction in growth.

Electrolux was the second biggest gainer, with forecast-beating profits sending shares in the home appliance maker up 10 percent to their highest in April last year.

Metro Bank, whose stock has halved in value following an accounting error, snapped a five-day losing streak and was the top gainer. Its shares were last up 10.4 percent.

Thyssenkrupp rose 2.7 percent after saying first-quarter earnings would be in line with its outlook, giving its ailing shares a boost ahead of a plan to spin off its capital goods businesses.

Banking stocks were a big drag across the euro zone, particularly in Italy where the sector lost 2.1 percent after a dismal factories activity survey fueled concern about a rising budget deficit and the outlook for an economy that has slipped into recession.

Spanish banks pulled the Madrid bourse down 0.4 percent after results from Caixabank and TSB, the UK subsidiary of Spanish lenders Banco Sabadell.

Caixabank fell 7.2 percent while Sabadell lost more than 9 percent after TSB reported plunging earnings due to costs from an IT meltdown.

In Germany, Deutsche Bank lost another 0.6 percent after its results, failing to recover after sinking during the last session on speculation of a possible merger with rival Commerzbank.

On a more optimistic note, Danske Bank, under investigation for suspicious payments through its Estonian branch, rose 5.2 percent as it said it would invest up to $300 million to prevent money laundering.

But Germany’s financial payments firm Wirecard was in freefall after a new FT report alleged an external law firm hired by the company found evidence of financial irregularities. The company has denied the reports, which have wiped 40 percent of the company’s value since Wednesday.

The share lost a quarter of their market cap on Friday, at their lowest since April last year.