Home » Markets » Trump must keep US troops in Afghanistan, Florida rep says: 'It will follow us home'

Trump must keep US troops in Afghanistan, Florida rep says: 'It will follow us home' 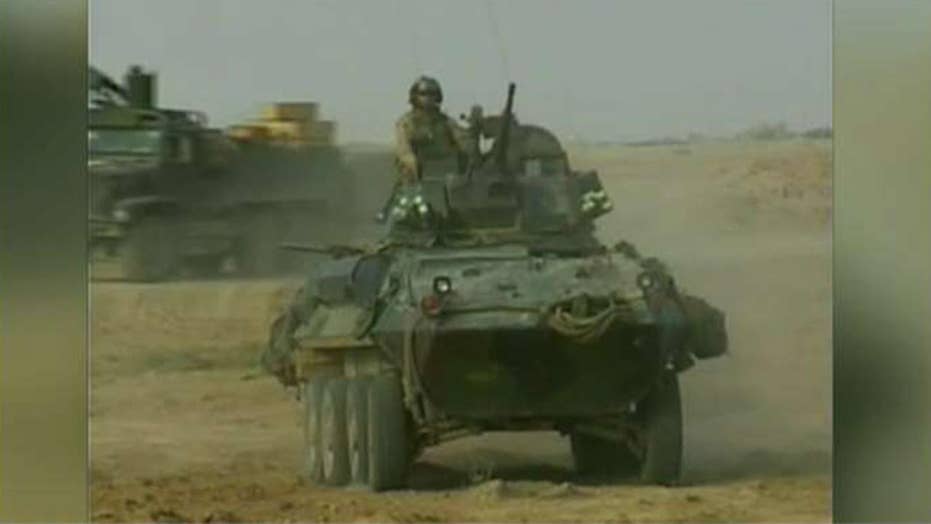 Waltz: I do not want to lose Americans fighting back into Afghanistan

President Trump should not withdraw U.S. troops from Afghanistan, a member of the House Armed Services Committee who served in the country as a member of the U.S. Army said Friday.

"Half the world's terrorist organizations still exist there and can attack the United States," U.S. Rep. Michael Waltz, R-Fla., said Friday on "The Story with Martha MacCallum." "And if you believe the Taliban's promises, which I don't, but if you believe them, how do they have the capability to keep a lid on these groups that the American Army has struggled with?"

On Friday, Trump met with his top security advisers about the way forward in Afghanistan — possibly moving toward a phased withdrawal, something critics warn could lead to the Taliban taking hold of the country once again.

Waltz, who served as a Green Beret, expressed his concern about neighboring Pakistan and urged Trump not to make the same mistakes that he claims President Obama did with Iraq.

"Right next door to Afghanistan is Pakistan with seven times the population and potential of loose nukes if Afghanistan devolves into chaos," Waltz said. "Pakistan will go with it."

"So I guess my message is, 'Mr. President, do not be to Afghanistan — please — what President Obama was to Iraq."

The first-term congressman from the Jacksonville area urged Trump to keep the conflict in Afghanstan to avoid losing more American lives.

"Let's fight these wars in places like Kabul, [otherwise] it will follow us home," he said. "I do not want to lose Americans fighting their way back in."

Survey: US companies in China hurt by tariff war