These pot stocks are poised to win big under Biden

New York (CNN Business)In honor of April 20 — aka “weed day” — we figured it was worth pointing out that cannabis stocks are smoking hot.

Shares of industry leaders Canopy Growth (CGC) and Cronos (CRON), which are backed by Corona owner Constellation Brands (STZ) and Marlboro parent Altria (MO) respectively, have each surged more than 10% this year.
Aphria (APHA) and Tilray (TLRY), which announced plans to merge in December in a deal valued at about $4 billion that will create the world’s largest cannabis company, have each more than doubled.

It’s a clear sign that Wall Street expects the business of legal pot to become a rapidly growing chunk of the consumer products pie.

“Cannabis sales will continue to experience strong growth. I would be very surprised if US cannabis sales do not breach the $20 billion mark in 2021,” said Jason Wilson, cannabis and banking expert at ETF Managers Group, which runs the ETFMG Alternative Harvest ETF (MJ), in an email to CNN Business. (The fund’s ticker symbol: MJ.)

More mergers could be on the horizon. In fact, Canopy recently announced plans to buy rival Supreme Cannabis (SPRWF) for nearly $350 million. 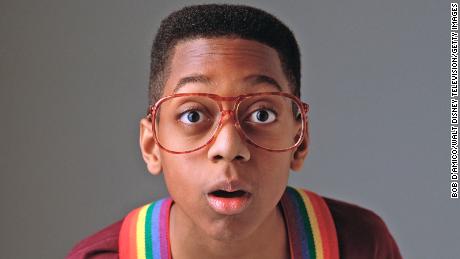 Demand for marijuana — as well as CBD, the non psychoactive products derived from the hemp and cannabis plants — is robust.
“On the therapeutics side, this is just the first pitch of the first inning. It’s not going to be just gummies and drops,” said Marty Sumichrast, chairman and co-CEO of cbdMD (YCBD), a maker of CBD products that just announced a new line of drink mix packets on Tuesday.
The increased demand for CBD products could also be good news for cbdMD rivals such as Charlotte’s Web (CWBHF) and CV Sciences (CVSI).

Bull run for cannabis may only be in its infancy

The pot stock gold rush comes at a time when a growing number of states are legalizing recreational and/or medical marijuana. Some industry watchers are hopeful that federal laws against cannabis may eventually be relaxed.
“Support for legal marijuana is the highest it’s ever been in the US across several different demographics. The pandemic has only sparked increased appetite in the space,” said Brad Neuman, director of market strategy at Alger, in a report this month.
“This widespread legalization at the state level suggests the possibility of legalization on the Federal level in the US,” he added, noting that “companies involved in the cannabis space … may hold significant investment opportunities in the years to come.”
Now that New York and New Jersey have also legalized recreational cannabis, nationwide sales could explode this year given how big these two markets are. 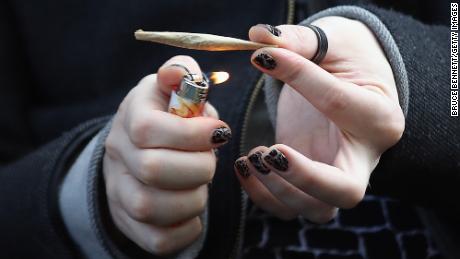 “It is good to see states like New York finally get this done. It’s a great first step,” said Chris Driessen, CEO of Slang Worldwide, a consumer packaged goods company Canopy has invested in which makes vaping products and cannabis-infused candies, gummies and other edibles.
Driessen added that the overall cannabis and CBD markets remain so fragmented that there is still a lot of room for several companies to keep growing and gain share.

The ‘canna-curious’ could become the next wave of new customers

There will likely be even more companies entering the fray as more states legalize cannabis. That could lead to even more experimentation as well. The days of “pot brownies” being the main source of edible cannabis may soon be an anachronism.
“Demand is there for cannabis and it is ever increasing,” said Sturges Karban, CEO of ManifestSeven, a cannabis supply chain and logistics firm.
“There are new adopters coming on line and a lot of product innovation that you had never seen in the black market,” Karban added, noting that things like cannabis-infused butter are now becoming increasingly popular. 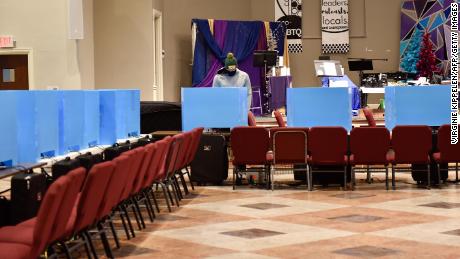 Karban said there is still plenty of room for innovation in the industry because there is no dominant, national brand name in cannabis or CBD. He quipped that there is no Hershey of the marijuana market yet. In other words, the market is still too young to be worried about saturation.
ETF Managers Group’s Wilson agreed that “sales growth should remain strong for the foreseeable future as more states legalize, and as more ‘canna-curious’ consumers enter the market in states that are currently legal.” The fund owns cannabis pure plays like Canopy and Aphria.
But it also owns other stocks that have ties to the cannabis business, such as agricultural giant Scotts Miracle-Gro (SMG) and drug maker GW Pharma (GWPH), which has an FDA approved cannabinoid medication to treat seizures tied to certain forms of epilepsy.
The growing legitimacy of cannabis nationwide is a reason why Cambria, a firm focused on alternative investments, has decided to bet on the business as well. The firm runs the Cambria Cannabis ETF (TOKE), with the ticker symbol TOKE.

Meb Faber, the CEO and chief investment officer of Cambria, said in an interview with CNN Business that cannabis in 2021 could be as lucrative as tobacco and alcohol companies were in the early days of those industries.
“Appeal to a human’s desire for recreation and you can wind up with strong businesses,” Faber said.
Source: Read Full Article