When two coal miners in a small town in West Virginia were made redundant after the mine they worked for shut down, they turned to an Australian startup to retrain online and launch new careers.

The coal miners are part of more than 1 million students worldwide who have completed training with online computing training startup A Cloud Guru, more than Australia's present university undergraduate population of 925,000 students. 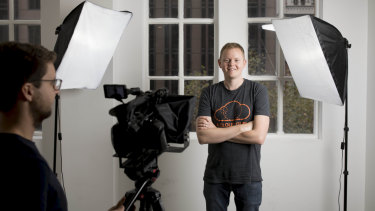 On the sidelines of the Yeah Nah startup conference in Melbourne, co-founder Sam Kroonenburg says A Cloud Guru is catering for students who are not served by the university system.

"The interesting thing in training is the university model is broken for IT," he says. "Things change so quickly now. You will learn something and two days later it is out of date. We thought, what if you build something that is by industry and for industry?"

Kroonenburg started A Cloud Guru in 2015 with his brother Ryan, who uploaded a series of training seminars online that went viral, making him "a geek celebrity".

He built the online training provider in four weeks from his bedroom; now the startup employs 137 people and has raised $63 million from investors, including Australian venture capital fund AirTree Ventures and US-based Summit Partners and Elephant Partners.

You will learn something and two days later it is out of date.

The typical A Cloud Guru online course takes around three months to complete and costs $US250 ($365) for a certification for a business like Amazon, Google or Microsoft.

"There's just so much demand for tech talent," Kroonenburg says. "And there are a lot of smart people out there, but there are a lot of barriers in the way, like going and getting a four-year degree and the money that it costs to do that."

Based out of Melbourne, A Cloud Guru has been global since day one, with 60 per cent of its customer base in the United States and only about 5 per cent of its revenue from Australia.

Kroonenburg declined to detail the startup's turnover but says it is "multimillion dollar" and says A Cloud Guru is mainly profitable.

He juggles his role as chief executive with being a father of five and Kroonenburg says he thinks of A Cloud Guru as a sixth child. 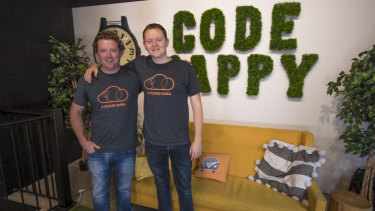 "It's definitely as demanding, if not more demanding," he says. "My wife and I are very much a team. You know, she's as much an owner of the business as I am. And she's been my biggest supporter, and the biggest help through the ups and downs."

Kroonenburg says he wants to focus on A Cloud Guru making the most of the "huge opportunity" in the market as the world is disrupted by cloud computing.

"Every company on earth is trying to move to cloud and there's just not enough talent out there to help them. At the same time, there's millions of people whose jobs are being displaced by tech," he says.

James Cameron, partner at AirTree Ventures, says A Cloud Guru is the fastest growing startup in the venture capital fund's portfolio besides Canva.

"They have been quite under the radar; Sam is a guy who has his head down building a business," he says.

Cameron says the challenges for A Cloud Guru is competing with other startups in the same space, including Pluralsight, Coursera and Linux Academy.

"They have to stay one step ahead of the game and continue building great content and finding great educators to provide that content," he says.

How is the stock market doing today? Dow climbs in early trading

Super traps for the unwray