National Australia Bank charged some customers fees for services they had not recieved for more than a decade, and its conduct in the area was so bad the financial regulator warned the bank it had a systemic problem, an explosive report reveals.

An Australian Securities and Investments Commission report into NAB's so-called 'fees for no service' scandal, released by the Hayne royal commission on Wednesday, found NAB has charged customers fees incorrectly since at least 2004, if not before. 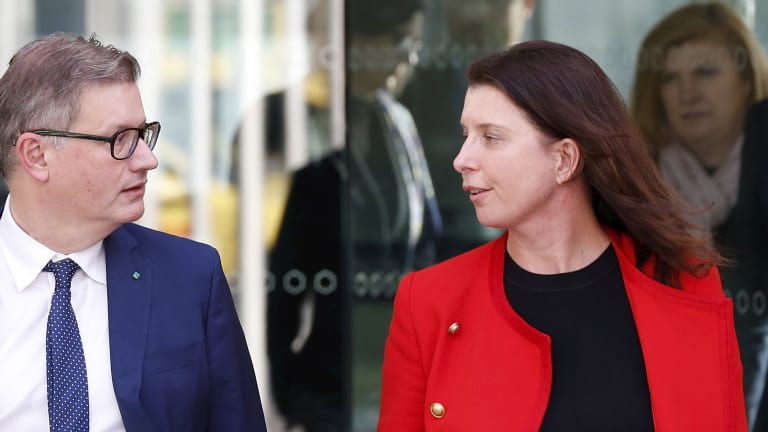 Andrew Hagger of NAB was called to give evidence at the royal commission into the bank’s dealings with ASIC.

The release of the report, comes after a horror five-day stint for the bank at the royal commission where its executives were grilled over more than 100 potentially criminal breaches of superannuation laws and whether senior executive Andrew Hagger deliberately delayed the release of information to the regulator about the extent of NAB’s fees for no service scandal – an allegation he denies.

The October 2017 report released on Wednesday by ASIC entitled “ASIC’s Outline of Suspected Offending” found “[NAB and its entities] have fallen below the standard expected of a responsible Australian financial services licensee.”

“They have failed to do all things necessary to ensure that the financial services provided by them are done so efficiently, honestly and fairly,” the ASIC report says.

ASIC’s report outlines the litany of NAB’s alleged fees for no service breaches raising the prospect the bank has engaged in misleading and deceptive conduct and criminal breaches of it regulatory reporting duties.

“ASIC is concerned by NAB and its group licensees' apparent failure to appreciate the extent and seriousness of this issue despite being on notice since at least 2010.”

ASIC notes in its report that NAB had received complaints from customers worried about paying for services they did not receive over many years. At the time of the report, NAB had failed to put in place a satisfactory program to refund the fees to customers.

According to the report, one complaint to NAB in December 2015 said "client's son has raised a concern regarding an ongoing service fee of 1.1% on the clients account for the past 15 years without ongoing service provided to clients", indicating the customer had paid fees for no services since 2000.

NAB has made its refunds based on incorrect fee payments between 2012 and 2017.

NAB’s response to ASIC’s report was also made public on Wednesday.

In it, NAB denies it has a systemic issue and blames ASIC for delaying the bank’s plans to refund only the customers who opted in for refunds. ASIC refused to support the opt-in compensation plan and it was later dropped by NAB.