The peak body for the $3.3 trillion superannuation industry has warned a failure to set a national target for net zero emissions by 2050 could cost Australians billions of dollars in retirement savings as financial risks from climate change continue to mount.

The Association of Superannuation Funds of Australia (ASFA) represents 90 per cent of the superannuation industry and chief executive Martin Fahy has called on the federal government to set the target ahead of the COP26, the United Nations Climate Conference in November.

“In the absence of a commitment to net zero greenhouse emissions by 2050, the superannuation industry stands to lose billions of dollars in investment returns on behalf of their members, which ultimately translates to fewer retirement savings,” Mr Fahy said. 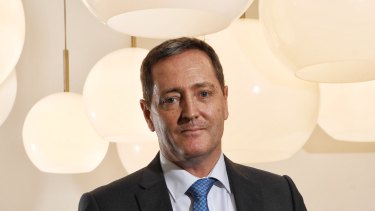 The country’s largest financial institutions have now introduced emissions reductions targets independently of government policy and are decreasing their exposure to thermal coal and other heavy emitting sectors as the world decarbonises to limit global warming.

But Mr Fahy said a government target would provide added certainty for investors while turbo-charging industries of the future, including electric vehicles and energy infrastructure, which will open long-term financial opportunities for super funds.

“What that formal endorsement and formal commitment does is fire the gun and accelerate the efforts already underway,” Mr Fahy said.

“It’s important because it adds momentum. Symbols matter, symbolism matters. Reality matters. Momentum matters. The government’s commitment to net zero does all that. It gives the narrative, gives the momentum and certainty people are looking for.”

The push comes amid renewed Coalition infighting and pushback from the Nationals over emissions reductions targets and mounting global pressure for greater action on climate change.

ASFA has this week launched a discussion paper to its members that outlines the rising number of financial risks created by climate change, including physical risks from extreme weather and transition risks from stranded assets.

“It is estimated that close to 10 per cent of total economic value could be lost by 2050 if climate change continues its current trajectory,” the paper states. “As custodians of Australians’ retirement savings it is imperative that superannuation funds provide adequate consideration to the mitigation of climate change risks.”

The ASFA paper outlines a number of ways super funds can respond to rising climate risks, including engaging with heavy emitters to enforce decarbonisation strategies and diversifying investments to include lucrative asset classes such as green bonds.

Mr Fahy said responsible investment has now become mainstream and environmental considerations are at the forefront of investors’ minds. “Carbon awareness needs to be part of the DNA of the fund, everyone needs to be aware. It’s not a nice to have, everybody has to have it.”

ASFA is now seeking industry feedback to its paper that stresses the increasingly active role of financial regulators, including the Australian Prudential Regulation Authority and Reserve Bank of Australia, in safeguarding the financial system from the fallout from climate change.

“The regulators have been very clearly signalling they believe that climate change risks have the potential to significantly impair portfolios and damage long-term returns,” Mr Fahy said.

“In the absence of a commitment to net zero greenhouse emissions by 2050, the superannuation industry stands to lose billions of dollars in investment returns on behalf of their members, which ultimately translates to less retirement savings.

“We can argue over the solution, but the one thing everyone has agreed on is there is a problem. Climate change is a significant risk to portfolios. By clearly legitimatising that risk, it provides funds with the clear directions to go forward and manage those risks.”