Home » Markets » Strategist: We're at peak pessimism (and why that's a good thing)

Strategist: We're at peak pessimism (and why that's a good thing)

New York (CNN Business)If you’re nervous about the stock market, you’ve got good reason to be: Central banks around the globe are losing the battle against inflation, and their response could plunge the global economy into a recession.

Step back: Last week, the Federal Reserve hiked interest rates by three-quarters of a percentage point — its biggest rate rise since 1994. The Bank of England increased its target rate, too, for the fifth time since December. And the Swiss central bank raised rates for the first time in 15 years.
They’re hardly done. The BOE conceded that inflation would spike near 11% in the fall, and the Fed just increased its inflation expectations for 2022 by a full percentage point. Although Fed Chair Jerome Powell said last week there’s still a chance the US economy could avoid recession, he conceded that Russia’s invasion of Ukraine, the ongoing pandemic and the supply chain and energy crunches “have raised the degree of difficulty and created great challenges … so we just don’t know.”

By pulling back stimulus and putting the monetary policy engine into full reverse, the Fed and other central banks have rattled investors. The US stock market has entered a bear market, and last week was Wall Street’s worst since March 2020: The S&P 500 tumbled nearly 6%, and the Dow plummeted 1,504 points, or about 5%. 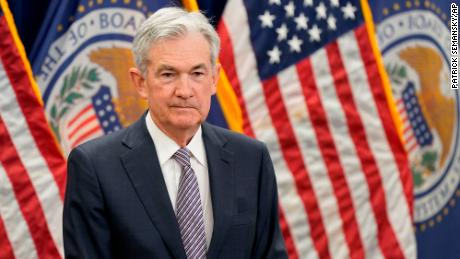 US stocks have fallen 23% since hitting a record high January 3. Yet they could have plenty more room to fall — particularly if the efforts to gain control of runaway prices send the economy into a downturn.

“The Fed may be willing to push the economy into a recession to actually get inflation under control,” Anthony Saglimbene, global market strategist at Ameriprise, told me.
“I think that was probably in the back of investors’ minds, but it’s front and center now. Stocks are going to have a hard time until they figure out where that end point is for the Fed,” he added.

Recessions have not been kind to investors. Bear markets during recessions have historically been longer and deeper than bear markets that weren’t associated with economic downturns, notes Sam Stovall, chief investment strategist at CFRA Research. Since World War II, stocks have fallen 28% in bear markets without recessions — and 36% in those during recessions.
Downturns keep people from spending, hurting companies’ bottom lines. Although some Wall Street analysts have priced a recession into their earnings forecasts, stocks may still be a bit expensive if history is any guide. Based on historical price-to-earnings ratios during a recession, Stovall predicts the S&P 500 could bottom out at around 3,215, a decline from peak-to-trough of about 33%.
Even analysts who aren’t predicting quite that dramatic a decline believe stocks have room left to fall. Keith Lerner, chief market strategist for Truist Advisory Services, believes the S&P 500 will bottom out at around 3,400 — another 7.5% decline from Friday’s close.
“This would make an unbelievably brutal market feel that much worse,” said Lerner. “And, of course, markets could go beyond the average.”
A complicating factor: Cntral banks can’t rely on the tools they used in past recessions. Traditionally, the Fed and other central banks have cut rates and created money to buy up government debt to stimulate the economy. But even if inflation moderates in a recession, so many factors — commodity prices, fuel costs and supply chain problems — are beyond their control.
Lowering rates could make inflation worse, undoing whatever price moderation we might get from an economic downturn.
The good news, if you can call it that, is most economists who are predicting a recession expect a much shallower downturn than the collapse of the early ’80s. And stocks may have gotten so beaten up by the end of the year that any sign of moderating inflation or hints that the Fed may be easing up on rate hikes could juice the market again.
“One of the best things going for stocks right now is, given depressed sentiment, a little good news could go a long way,” said Truist’s Lerner, who notes bear markets tend to be far shorter than bull markets, and stocks usually bottom out several months before a recession ends. Another reason for optimism: In the year following a recession, the stock market returns 40% to investors on average.

Despite the West’s efforts to punish the Kremlin for Russia’s invasion of Ukraine, it has been unable to keep President Vladimir Putin from selling the country’s oil and gas. The taps have remained open and the money keeps flowing into Moscow for a variety of reasons — a lack of alternate supplies, surging prices and willing buyers in other parts of the world.
The result: Russia’s economy, although in a deep recession, has largely avoided the crisis many in the West had hoped for.
This week, data from the Chinese General Administration of Customs illustrated how complicated cutting off Russia’s main lifeline has become. The administration reported China imported 55% more Russian oil last month than in May 2021, and Russia has unseated Saudi Arabia as China’s top oil supplier.
The Saudis had been China’s primary oil exporter for 19 straight months. But Russian crude has been heavily discounted as the country tries to find willing buyers, and China apparently couldn’t say no to bargain-basement prices at a time of historically high energy costs. India has also been ramping up its imports of Russian oil. 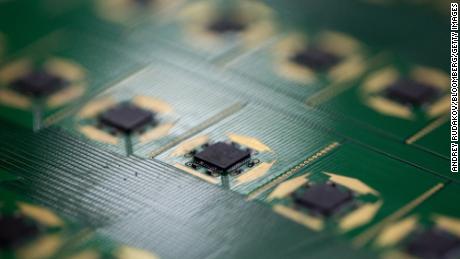 The European Union is phasing in an embargo of 90% of Russia’s oil, but it also has another card up its sleeve to limit the Kremlin’s options: A ban on insuring ships carrying Russian oil that would make it harder for Moscow to divert hundreds of thousands of barrels a day to India and China.
The European Union has announced that EU companies will be blocked from “insuring and financing the transport” of Russian oil to third-party countries after a transitional period of six months, my colleague Julia Horowitz reports. That could make it harder for Russia to find ships willing to load its crude.
It may not be so simple: The EU rule would probably raise crude prices even higher, which politically vulnerable Western politicians, including US President Joe Biden, aren’t so keen about.
Russia has also benefited from higher crude prices. If the insurance ban sends prices even higher, that could partially offset whatever pain the new rule could inflict.

As if the world needed more bad news about crude prices, Libya’s oil industry is in disarray, and it’s pumping less oil than it was a year ago even as the world is scrambling to find new energy sources.
Conflict in the country has led to some head-scratching and unreliable reports from the government about its oil production. Warring parties have used oil as leverage as they struggle for power, my colleague Nadeen Ebrahim reports. Rival governments have taken control of oil facilities and shut them several times.
That’s why the Libyan oil ministry said last week that production had shrunk to a near halt in June, to 100,000 barrels per day, down from 1.2 million bpd last year. This week, oil minister Mohamed Oun told CNN that some fields had come back online and production had climbed up to 800,000 barrels a day.
Still, that output remains less than last year and underscores how Libya’s oil sector is still in turmoil. No one is quite sure who’s in charge of the country’s crude supply.
“There are certain parties who seek to gain advantage by misrepresenting oil production figures,” said US ambassador to Libya, Richard Norland, calling last week’s oil ministry figures “inaccurate.”
“Actual production is significantly higher,” he said.

Existing home sales for May at 10 am ET.
Source: Read Full Article