Sterling steady vs euro, falls vs dollar on mix of Brexit, strong data

LONDON (Reuters) – The British pound lost early strength versus the euro on Friday and fell against the rising U.S. dollar as a mix of Brexit worries and better-than-expected British economic data injected some volatility in the currency. 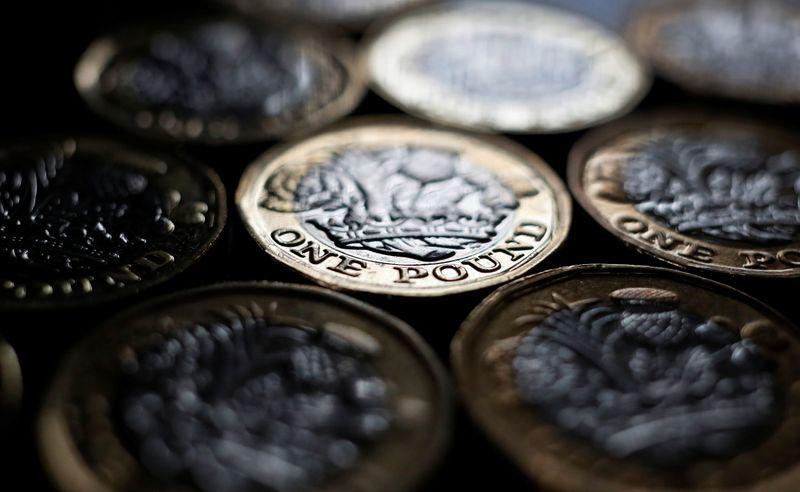 Earlier in the day the pound rose to a 1-1/2-month high versus the euro and inched towards an eight-month high against the greenback after UK retail sales numbers for July came in much higher than expected.

Year-on-year sales rose instead of falling as in the previous month while economists polled by Reuters had predicted no growth. Month-on-month numbers also rose higher than expectations, though not as much as June.

“This is supportive for sterling and given the general weakness of the U.S. dollar, further gains for cable over the short-term are possible,” said Derek Halpenny, head of research at MUFG, adding that “there will be an obvious high level of caution in reading too much into this impressive performance.”

On top of that, the recovery among British businesses from the shock of the COVID-19 pandemic quickened again in August, the IHS Markit/CIPS UK Composite Purchasing Managers’ Index (PMI) showed on Friday.

The index shot up to a nearly seven-year high of 60.3 from 57.0 in July, far above the 50 threshold for growth, keeping sterling supported.

“The broadly positive news will help keep the sterling rally alive, however is unlikely to have any material impact as markets drift into the weekend. Many participants will be happy to sit on the sidelines after a busy week for sterling/dollar,” said Sam Cooper, Vice President of Market Risk Solutions at Silicon Valley Bank.

The mood soured after the European Union’s chief Brexit negotiator said negotiations with Britain on a future relationship did not move significantly forward in the latest round of talks this week.

Also on Friday came news that Britain’s public debt went above 2 trillion pounds ($2.65 trillion) for the first time in July as the government ramped up public spending to cope with the coronavirus pandemic and tax revenues fell.

A large pile of debt, double deficits and an insecure relationship with its biggest trading partner could leave the UK vulnerable to investment outflows and money managers and investors look for better opportunities elsewhere.

German economy's Covid hit may be smaller than feared