MILAN (Reuters) – European shares hit nine-week highs on Tuesday, as a recovery in banks, gains in oil stocks on stronger crude prices and a solid update from major BP helped offset some disappointing updates including from Apple supplier AMS. 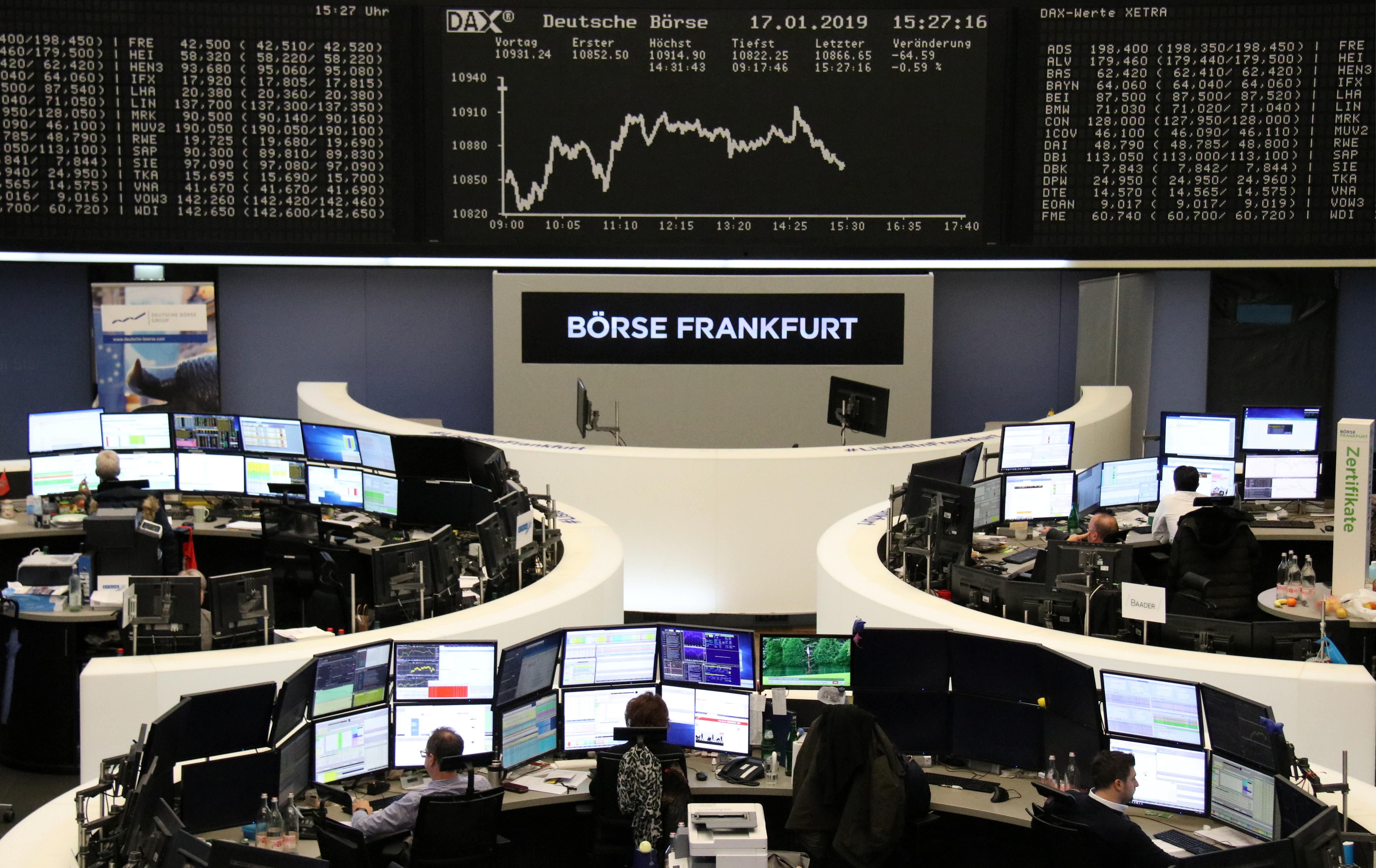 The pan-European STOXX 600 index rose 0.7 percent to its highest since Dec. 3 at 0920 GMT, while euro zone stocks added 0.8 percent and the commodity-heavy FTSE 100 rose 1 percent.

BP said its profit doubled to $12.7 billion in 2018, driven by strong growth in oil and gas output following the acquisition of a large portfolio of U.S. shale assets.

“This is the eighth quarter in a row that BP have beaten street expectations. Surely that’s enough to convince ‘Mr Market’ that something has changed inside BP,” Bernstein analyst Oswald Clint said.

“It’s all down to unheard-of Upstream project execution and faster than we expected Downstream new site roll-out,” he added, confirming his Outperform rating on the stock.

BP shares rose around 4 percent, set for their best day since September 2016, helping the oil index lead sectoral gainers in early trading, up more than 1 percent.

Euro zone banks, which have been under pressure due to concerns over a slowing economy and dovish central bank stances, recovered after six straight session of losses, rising 1.4 percent.

Data showing that euro zone businesses started the year by expanding at their weakest rate since mid-2013, as a manufacturing slowdown spread to services, had little impact.

Top faller on the STOXX 600 was AMS, down more than 13 percent after the sensor specialist and Apple supplier skipped its dividend and said first-quarter revenue would fall amid continued weak smartphone demand.

In the same sector Infineon managed to avoid heavy losses despite a disappointing update, suggesting that recent price falls may have priced in the worsening outlook for the sector. Its shares were down 0.4 percent.

The firm forecast full-year revenue growth to the bottom of its earlier range, as the maker of high-performance power chips blamed increasingly difficult business conditions.

“While the lowering of guidance is somewhat disappointing, the new growth expectation of 9 percent is still very healthy in the current environment,” said Peel Hunt analyst Janardan Menon.

“Any weakness in the share price represents a buying opportunity in our opinion,” he added.

Pandora rallied 13 percent after announcing plans to make cost savings of 1.2 billion crowns as it faces a drop in organic revenue growth of between 3 and 7 percent this year.