SINGAPORE (Reuters) – Singapore reported dismal preliminary second quarter growth data on Friday, including the slowest pace of annual expansion in a decade, raising bets that a recession and monetary policy easing could be coming. 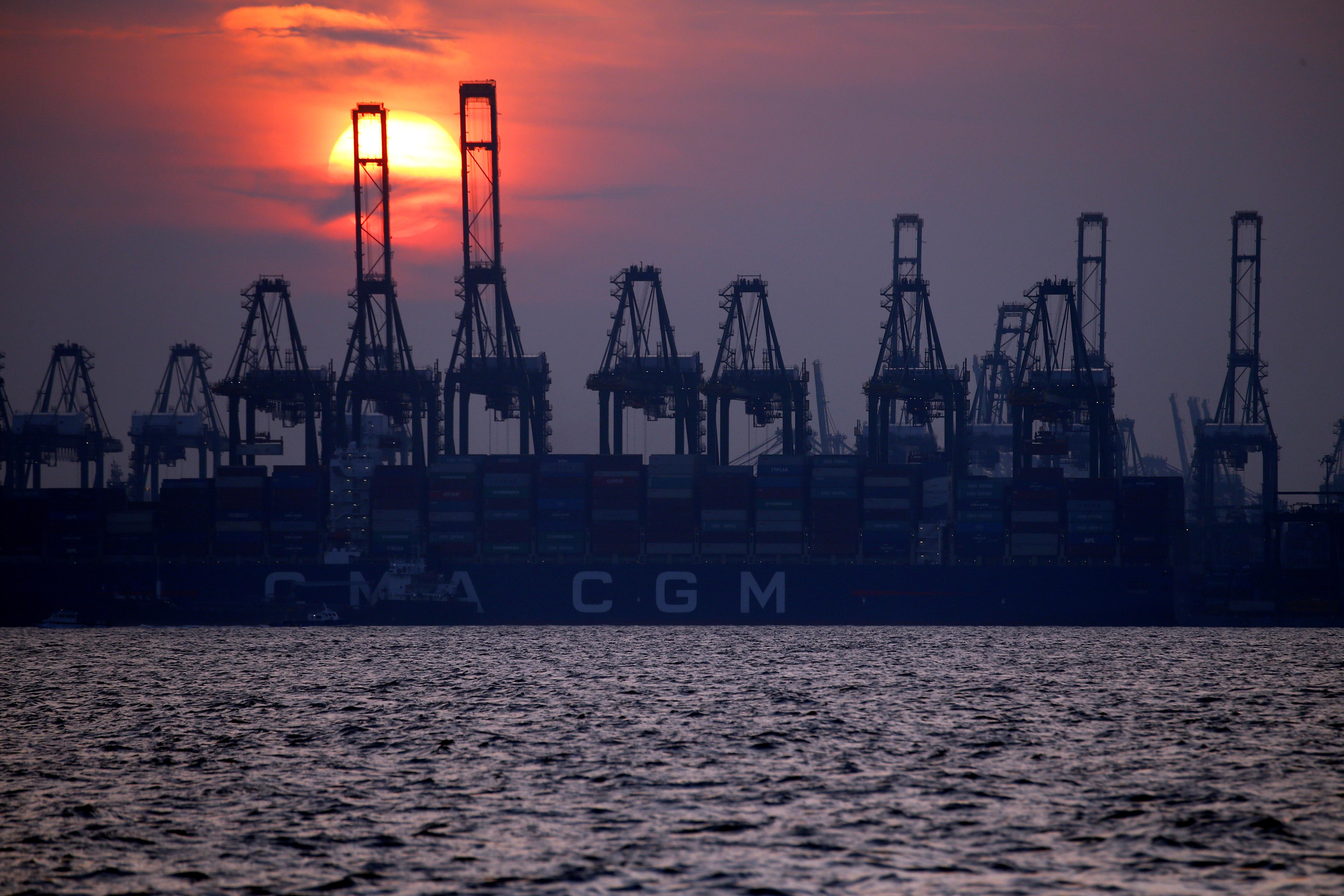 The quarter’s 0.1% gross domestic product (GDP) expansion was below the 1.1% forecast in a Reuters poll and the slowest annual growth since 2009’s second quarter, when it fell 1.2%.

The trade ministry also said the economy shrank 3.4% on a seasonally adjusted and annualized basis – the biggest contraction in nearly seven years compared with a poll forecast of 0.1% growth and January-March’s 3.8% expansion.

“It is quite disastrous… way below even the worst street forecasts,” said Selena Ling, head of treasury and strategy at OCBC Bank.

The slump in Singapore – often seen as a bellwether for health of the global economy – is the latest evidence that momentum has slowed across Asia as the year-long U.S.-China trade war and sliding growth weigh on the region’s export-reliant economies.

Elsewhere in Asia, analysts say South Korea may also be flirting with recession, while China on Monday is expected to report its slowest economic growth in at least 27 years.

Ling and others say the main drag for Singapore remains the manufacturing sector.

In the second quarter, manufacturing contracted 3.8% from a year earlier after shrinking 0.4% in the quarter earlier.

Singapore authorities have previously said they will review their 2019 full-year GDP growth of 1.5%-2.5%, and some analysts say there might be a recession in 2020.

The standard technical definition of a recession is two consecutive quarters of economic contraction.

Ling said she expects authorities to soon lower their full-year growth forecast to 0.5-1.5%.

Electronics manufacturing output, the main driver of Singapore’s economy in the last two years, declined for the sixth consecutive month in May while exports saw its biggest decline in more than three years.

Khoon Goh of ANZ, who described Singapore’s economy as at a “stand-still” in the second quarter, said in a note that with global trade “still reeling” from trade tensions and broader global slowdown, downside growth risks remain.

The disappointing Q2 figures have more economists expecting that the Monetary Authority of Singapore, the central bank will ease its exchange-rate based monetary policy in its next policy statement, due in October.

“There was a one in four chance previously that the MAS will ease. Now, it has increased to 40% that they will ease on or before October,” Continuum Economics’s Jeff Ng told Reuters.

ANZ’s note was headlined “We now expect MAS to ease in October”, and said it expects MAS to reduce the slope of its policy band slightly to 0.5% per annum from 1.0%.

ING said the central bank might well before October.

“Today’s data suggest that waiting would put the economy in greater than necessary jeopardy. An imminent move, therefore, looks probable,” it said in a note.

'First ray of hope' as German economy returns to growth