Home » Markets » Senator Graham pushes back on critics of 'red flag' legislation: 'The Second Amendment is not a suicide pact'

Senator Graham pushes back on critics of 'red flag' legislation: 'The Second Amendment is not a suicide pact' 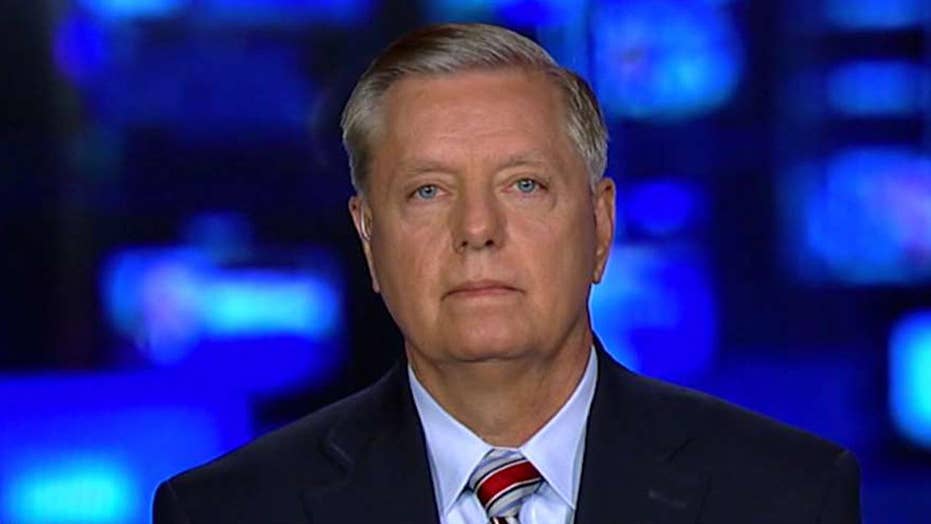 Sen. Lindsey Graham, R-S.C., appearing Monday on "The Story with Martha MacCallum," said President Trump is determined to pass "red flag" legislation to stop citizens with mental health problems from getting a gun, and to "enhance" background checks.

The president and Congress have been under pressure following the pair of deadly mass shootings just over a week ago.

Graham believes he has bipartisan support for a proposal with Sen. Richard Blumenthal, D-Conn., that he says is a federal grant program.

The legislation would allow local police officers to hire mental health professionals who can advise them on what cases to take to a judge, which would then lead to a hearing for a protective order.

The senator however questioned whether Democrats were willing to work with Trump.

"My question is, will the Democrats be willing to work with the president or will they keep moving the goalpost? I don't know," Graham told MacCallum.

Graham also pushed back at critics and gun advocates who feel this type of legislation violates the Second Amendment.

"Nobody is going to lose their gun unless they have their day in court, but we're not going to create a situation where the cops sit on the sidelines and watch somebody blow up when there are plenty warning signs," Graham responded. "The Second Amendment is not a suicide pact."

Tom Ford looks back on his career with leather and lace

Ronald Reagan is back on the campaign trail – as a hologram

S. Korea walks back on possibly lifting sanctions on North

Skechers Is Back on Track