Home » Markets » Scaramucci: Stock market is the only 'poll' Trump looks at

Scaramucci: Stock market is the only 'poll' Trump looks at

New York (CNN Business)President Donald Trump has warned of economic and financial Armageddon if Joe Biden and the Democrats retake the White House next year. But history paints a very different story.

Both the stock market and the real economy tend to do better when Democrats, not Republicans, are in charge.
Since 1945, the S&P 500 has averaged an annual gain of 11.2% during years when Democrats controlled the White House, according to CFRA Research. That’s well ahead of the 6.9% average gain under Republicans.

“The market does do better under Democratic presidential control,” said Sam Stovall, chief investment strategist at CFRA Research.
The divide is even more pronounced in the earliest days of a new administration: During the first year of a Democratic presidential term, the S&P 500 has climbed an average of 16.7%, compared with 0.4% for Republicans.

That’s despite Trump comments like “Our record setting stock markets would literally CRASH!” (via a tweet last month) and “If Joe Biden ever got in, I think you’d have a depression the likes of which we have never seen in this country,” (during last week’s ABC News town hall, pointing to Biden’s plans to raise taxes on corporations and the rich).

Ten of the last 11 recessions began under GOP rule

But while Republicans are viewed as the more business-friendly of the two major parties, economic growth is significantly slower under GOP rule. 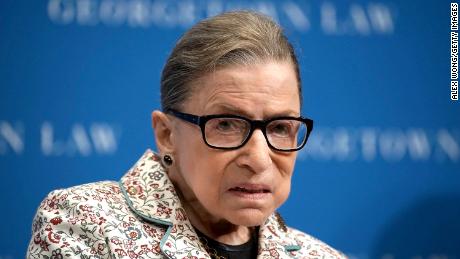 Since 1945, GDP grew by an average of 4.1% under Democrats, compared with 2.5% under Republicans, according to CFRA.
That’s partially because many economic expansions have died during Republican administrations. Ten of the last 11 recessions, going back to the 1950s, started during a GOP-run White House. The only exception was President Jimmy Carter, who presided over a period of weak growth and high inflation driven in large part by high oil prices.
Every Republican president since Benjamin Harrison, who served from 1889 to 1893, had a recession start in their first term in office, Stovall said. Trump was on track to break that streak — until the pandemic ended the longest economic expansion in American history.
Not surprisingly, faster economic growth typically translates to fatter profits for Corporate America.
Per-share earnings grew by 12.8% on average when Democrats controlled the White House, compared with just 1.8% for Republicans, according to CFRA.

History may not repeat

Perhaps these historical records help explain why Biden’s strong performance in national polls and prediction markets this spring and summer didn’t derail the V-shaped recovery in markets.
Simply put, Wall Street has already decided it can live with a Biden White House. Many Americans recall how well stocks performed under Bill Clinton and Barack Obama, the last two Democrats to occupy the White House. 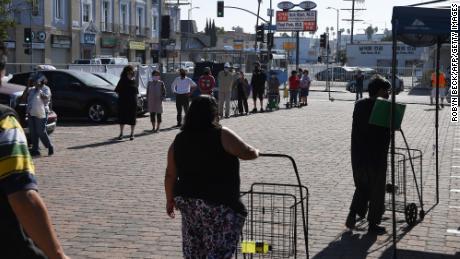 Of course, some of these historical statistics could be skewed by timing. For instance, President George W. Bush took office in 2001 during the bursting of the dotcom bubble and shortly before the 9/11 terror attacks. Both contributed to a weaker stock market and economy.
And just because stocks have performed well under Democrats, that doesn’t mean history will repeat itself.
“People shouldn’t make assumptions about how the market will perform under either party,” said David Kelly, chief global strategist at JPMorgan Asset Management. “It’s about the broad health of the economy, not particular tax breaks for this industry or that.”
That doesn’t take into account the Trump-era stock market boom. Despite the health crisis and a recent pullback, the S&P 500 has climbed about 46% since Trump took office in January 2017. And since Trump’s election it’s up even more: 55%.

Still, it’s not just about which party controls the White House. The battle for the House and Senate will play a pivotal role in shaping federal efforts to revive the economy.
That is crucial because even though the economy is screaming out for more fiscal stimulus, talks on more relief have fizzled in Congress. The fight over replacing the late US Supreme Court Justice Ruth Bader Ginsburg threatens to consume most of the oxygen in Congress before the election, further dimming hopes of fiscal compromise in Washington.
“With the GOP moving to fill the vacancy before the election, it’s hard to see how the two sides can reach a compromise on economic relief,” Jefferies chief economist Aneta Markowska wrote in a note to clients Monday.
Without additional fiscal support, disposable income will contract at an annualized rate of 10% in the fourth quarter, according to Jefferies. And that would pressure GDP during the final three months of the year.

Is gridlock really good for stocks?

There is a famous adage on Wall Street that “gridlock is good,” meaning investors prefer divided government. That dynamic, the thinking goes, minimizes the risk that politicians enact drastic legislative changes that could disrupt the economy.
For instance, a “blue wave” in November could result in higher corporate tax rates. Biden has proposed lifting the corporate rate from 21% to 28% to help pay for the enormous deficits run before and after the pandemic. Goldman Sachs has previously warned that Biden’s tax plan would slash its S&P 500 earnings estimate for 2021 to $150, a cut of about $20 per share.
“Wall Street is afraid of a sharp tax increase as a result of a trifecta with the Democrats,” Stovall said. 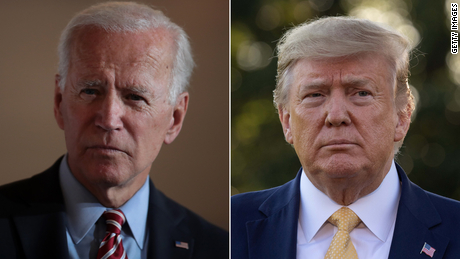 History does not back that up, however.
Since 1945, the S&P 500 has averaged an annual gain of 10.6% when government is unified under one party, according to CFRA Research. The benchmark gained an average of 9.8% during the 22 years when Democrats were in control of Washington. Stocks did even better during the eight years when Republicans controlled the White House and Congress, averaging a gain of 12.9%.
Returns were weaker when control of Congress and the White House were divided between the two parties.

Given the need for fiscal stimulus and the sharp divisions in Washington, investors may not be rooting for gridlock this time.
“Rational compromise is good. Gridlock may not always be,” said JPMorgan’s Kelly.
Source: Read Full Article