WALLDORF, Germany (Reuters) – SAP will take a restructuring charge of up to 950 million euros ($1 billion) to reshape its business after growth slowed in parts of the software maker over the last three months. 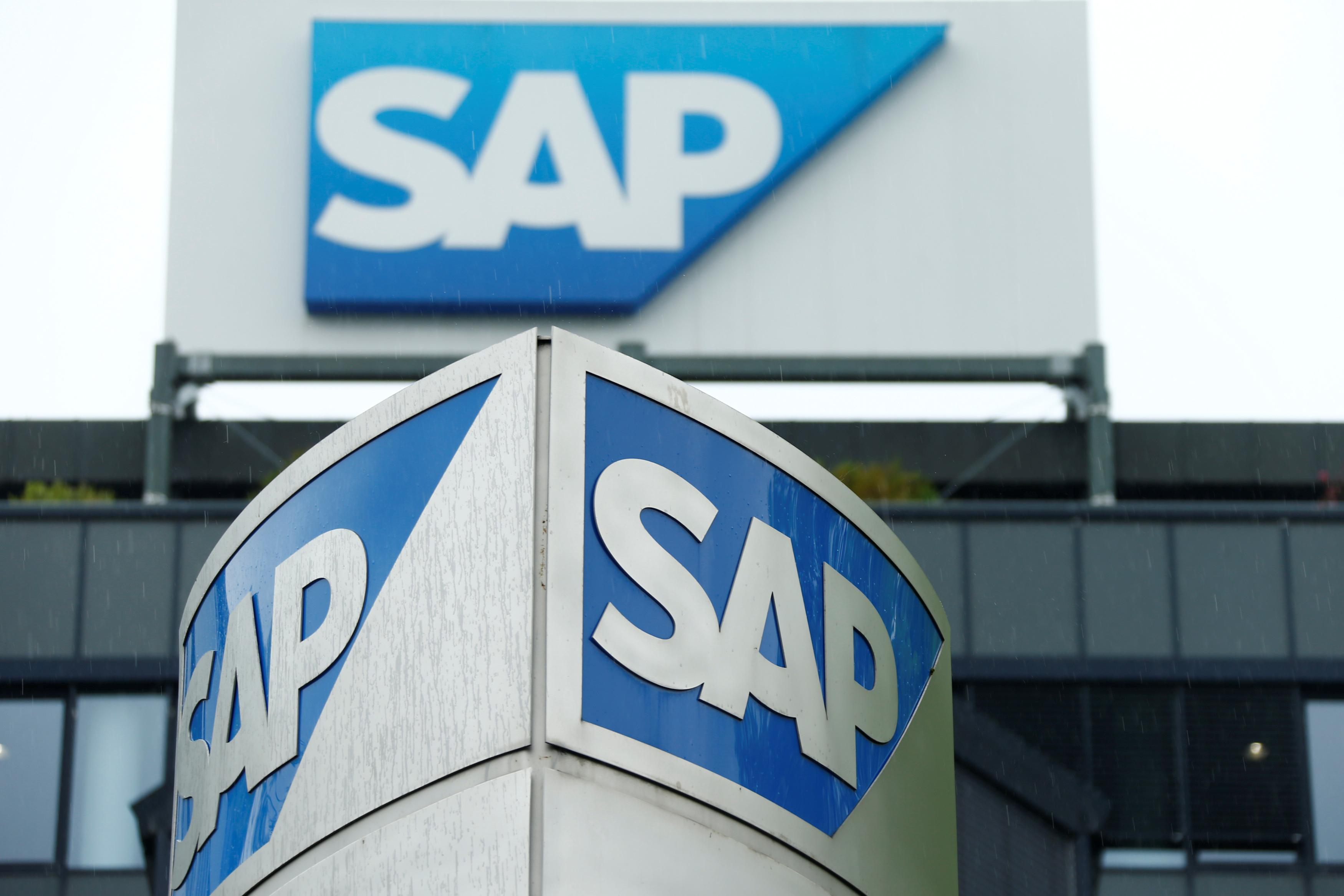 SAP, Europe’s most valuable technology company, will reassign some employees and offer early retirement to others, but still expects its overall head count to exceed 100,000 by the end of 2019, up from 96,500 at the turn of the year.

The shakeup comes as SAP announced 2018 results that met or exceeded the company’s thrice-raised guidance on non-IFRS revenues and profits, at constant currencies.

Yet key indicators showed signs of weakness in the fourth quarter, with growth in new cloud bookings slowing to 23 percent from 37 percent in the third quarter.

Underlying non-IFRS operating margins, at constant currency, were squeezed by 1.5 percentage points in the quarter to 33.2 percent as SAP implemented hyperinflation accounting for crisis-hit markets in Latin America such as Venezuela.

The figures illustrated the challenge that SAP continues to face as it makes the transition from its traditional model of running business processes such as finance or logistics at on-premise servers to hosting them on remote datacentres.

Cloud is driving growth, meanwhile, but margins are tighter as SAP seeks scale and competes with rivals such as Salesforce and Oracle.

McDermott, a 57-year-old American, played down concerns that the weakening global economy and U.S.-China trade frictions might dent SAP’s business, saying his company was not as exposed to the economic cycle as technology hardware players.

“We’re not seeing that,” said McDermott, adding that individual risk factors, such as Britain’s looming exit from the European Union, were offset by the company’s global reach.

Shares were down 2.1 percent at 90.41 euros by 0844 GMT, making them the weakest performers on the German blue-chip DAX index.

“The one surprise for us is the announcement of a major restructuring program in FY19,” analysts at Credit Suisse said. “It seems likely that the vast majority (of cost savings) will be reinvested back in the business,” they said.

SAP, which has just closed its $8 billion takeover of Qualtrics, a U.S. company that tracks customer sentiment online, baked the impact of that deal into raised 2019 revenue guidance of 28.6 to 29.2 billion euros.

McDermott said that Qualtrics would add a “customer experience” dimension to SAP’s core strengths. The combination “becomes the defining strategy for the winning company in the 21st century”, he said.

Giving its first forecasts for 2023 ahead of a capital markets day in New York on Feb. 7, SAP said it expected to more than triple cloud subscription and support revenues.

Total revenues would reach 35 billion euros and operating profits would outgrow revenues to expand at an annual rate of 7.5 to 10 percent.

US stocks down on weak tech sector earnings