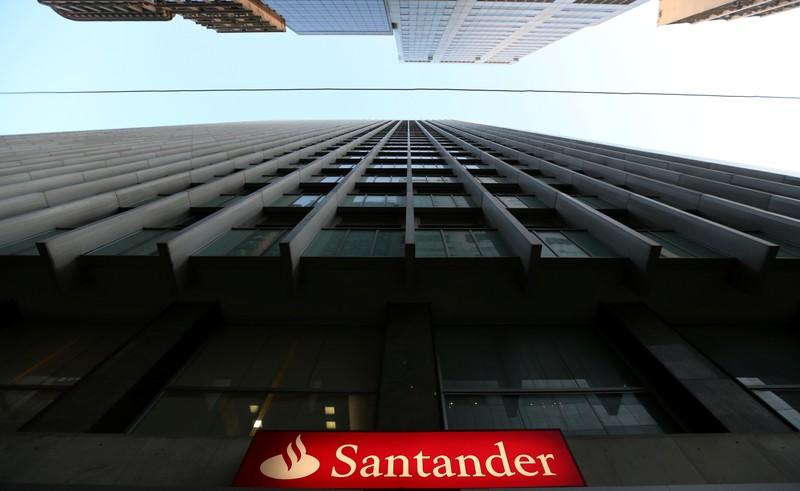 The deal proposed on Friday, which was broadly welcomed by analysts but described as “oppressive” by a major investor, will unwind Santander’s listing of 25% of the bank on the Mexican stock exchange in 2012. The move is part of efforts to focus more on emerging economies while cutting costs to counter squeezed margins in mature European markets.

While record-low interest rates have prevailed across the euro zone for the past 10 years, benchmark rates in Mexico stand at 8.25%, the highest since the 2008 global financial crisis.

The Mexico deal will also bring Santander head to head with Spain’s second-largest bank BBVA, which makes about 40% of its earnings from Mexico.

“(The deal) is an opportunity to gain exposure to a diversified, global bank with growing and more predictable results than those of comparable peers,” Chairwoman Ana Botin told shareholders at Santander’s annual general meeting.

Earnings from Mexico are expected to rise to 10% of group profit, up from 8%, Botin said. Latin America as a whole accounts for 43% of the Spanish bank’s earnings.

At least one investor, Bill Kanko, president of Black Creek Investment Management, took a dim view of the plan. The Canadian asset manager is the fourth-largest investor in Banco Santander Mexico, excluding the parent, according to Refinitiv data.

“This is a ‘squeeze-out’ or ‘take-under’, and we have little recourse,” Kanko said. He said Santander’s offer carried only a small premium that did not fully compensate minority shareholders whose investments he said “subsidized” a spending program that started in 2017.

Banco Santander Mexico said in 2016 it would invest $736 million in branches and technology. Kanko said that had depressed earnings in the short term but “made sense to us longer term.”

“The growth opportunity in Mexican banking services, the repair of their balance sheet, the appointment of a highly respected CEO, the efficiency measures of the bank, and the governance of the parent company – how ironic – were the underpinnings of our investment thesis.”

Reuters contacted the 15 largest investors in Banco Santander Mexico, excluding the parent, according to Refinitiv Eikon data, for comment. Several, including BlackRock, Vanguard and JPMorgan Asset Management, declined to comment. Others did not immediately respond.

“They are betting on Mexico, they are putting 3 billion euros on the line. They’re believing in” Lopez Obrador, said Fraser, who worked on the Santander Mexico IPO in 2012 when serving as Mexico country manager for Swiss bank UBS AG.

The disappearance of the stock did, however, reduce the amount of choice on offer on the stock exchange.

“The Mexican stock market is already shrinking, it’s already fairly illiquid, and this is another blow,” Fraser said.

The Mexico plan overshadowed Friday’s shareholder meeting, where some investors criticized management handling of an aborted process to hire Italian banker Andrea Orcel as chief executive. In an unusual U-turn on such a major appointment, the bank said in January that it could not meet his pay expectations.

“It’s a good decision that you stopped it, but it is a mega-disclosure accident,” investor Hans Martin told the meeting, also asking if Jose Antonio Alvarez would remain as CEO for the foreseeable future.

Mexico is a highly profitable market, where Santander has set a mid-term target of 19-21% for the underlying return on tangible equity.

Santander, which holds about 75% of its Mexican business, said it would issue up to 572 million new shares, equivalent to up 3.5% of Santander’s market capitalization, to finance the deal.

The new issuance is worth about 2.6 billion euros based on Thursday’s close, according to Refinitiv data.

Santander said the exchange ratio represented a 14% premium to the closing prices of Banco Santander and Santander Mexico shares on April 11.

Santander expects the transaction to have a return on investment of approximately 14.5%, to be neutral on earnings per share and to contribute positively to the group’s core Tier-1 capital ratio.

Trump to offer US farmers billions to ease trade pain

Mexico's next president vows security for banks in Santander meeting