San Francisco Fed chief: Inequality is bad for the economy

London (CNN Business)New variants of Covid-19 sweeping the world aren’t just throwing a wrench in government vaccination plans and efforts to stay ahead of the pandemic. They’re also complicating the economic recovery, as leaders acknowledge they can’t commit to easing restrictions later this year without a clearer picture of where infections are headed.

What’s happening: German Chancellor Angela Merkel said Thursday that the country’s lockdown would be extended to Mar. 7, noting that “three aggressive mutations” have changed the calculus. Merkel said the country needs to “prepare for new variants to become dominant,” and warned that “mutations could destroy the vaccine’s success.”
Concerns about variants are global. In the United Kingdom, which is trying to combat a more transmissible coronavirus strain with an aggressive vaccination effort, government leaders are emphasizing that charting an exit route from lockdowns remains extremely difficult.

UK Transport Secretary Grant Shapps said that the ability of British tourists to take vacations this year will depend in part on whether vaccines are effective against the variants.
“I’m afraid I can’t give you a definitive will there or will there not be the opportunity to take holidays this next year, either at home or abroad,” he told British broadcaster Sky News on Wednesday.

In the United States, more government leaders are loosening Covid-19 restrictions. Chicago officials said Wednesday that indoor service at bars, restaurants and events can expand capacity, while New York Gov. Andrew Cuomo will allow major stadiums and arenas to reopen starting Feb. 23, with approval from the state’s health department.
But such changes are risky given that variants first identified in United Kingdom, Brazil and South Africa continue to spread. Sharon Peacock, director of the Covid-19 Genomics UK consortium, told the BBC on Wednesday that the UK variant is poised “to sweep the world, in all probability.”
What it means: If governments can’t be certain when they can lift restrictions, economists can’t confidently predict when activity will boom again.
The European Commission said Thursday that GDP growth in the 19 countries that use the euro would be 3.8% in 2021, a slower pace of growth than the 4.2% expansion it forecast in November.
The Commission also said the “aggravation of the epidemiological situation, due in part to the emergence of new, more infectious variants” has added extra uncertainty to its forecasts.
Big picture: It really all comes down to whether vaccines can keep the virus under control, even as it mutates. On that front, Deutsche Bank strategist Robin Winkler thinks there’s reason for optimism.
“There is no indication that protection against severe illness is compromised by any new strain, and this is what matters,” he told clients this week, predicting that “hospitalizations and fatalities will thus drop sharply from late spring,” allowing reopening to take hold in earnest.

After a frenzied second half of 2020, investor enthusiasm for hot companies hitting public markets shows no sign of waning.
The latest: Dating app Bumble, one of the year’s most-watched IPOs, priced its stock at $43 on Wednesday, raising $2.2 billion. It had predicted that shares would price between $37 and $39 earlier this week, already an upgrade from its initial proposed range. 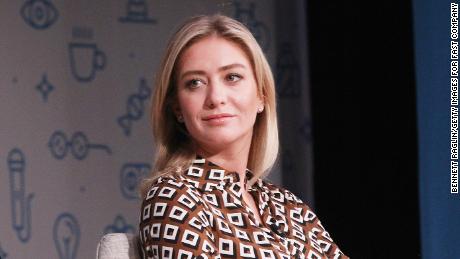 Bumble shares begin trading Thursday on the Nasdaq under the symbol “BMBL.”
Bill Smith, the CEO of Renaissance Capital, told clients that staying on top of the IPO market has been “next to impossible” given the volume of offerings.
That’s in part due to the explosion of special-purpose acquisition companies, or SPACs. The trend, in which investors launch publicly-traded “blank check” companies that take the money they raise and hunt for takeover targets, has surged in popularity on Wall Street.
According to Goldman Sachs, 56 new SPACs raised $16 billion in the first three weeks of 2021, while just $4 billion was raised through the traditional IPO process.
Watch this space: Smith tallied 14 IPOs and 27 SPACs last week, which he said amounted to “the most active week for deal underwritings in at least 25 years.”
Bumble’s pricing announcement is a sign that companies can still fundraise effectively by taking the traditional route to public markets. Its challenge now will be proving it can compete with behemoth Match Group, which owns competing apps such as Tinder, Hinge, Match and OKCupid.
Founder Whitney Wolfe Herd has worked hard to set Bumble apart, honing the company’s focus on women. The app requires women searching for heterosexual matches to make the first move, a feature intended to empower them to make their own choices. It’s also launched services beyond dating, including professional networking, known as Bumble Bizz, and finding new friends, or Bumble BFF.
The big question: Can Bumble stay true to its roots while focusing on growth? Investors are about to find out.

Uber (UBER) lost a staggering $6.8 billion last year — and that’s actually good news for investors, my CNN Business colleague Sara Ashley O’Brien reports.
Breaking it down: The full-year loss represented a significant drop from the $8.5 billion Uber lost in 2019. During the year, Uber sold off costly ventures, cut staff and focused on what it called “profitable growth.” The company has said it aims to achieve profitability on an adjusted basis before the end of this year.
While its core rides business has struggled during the pandemic, Uber has increasingly leaned on Eats, its food delivery service, which saw revenue increase 224% to $1.4 billion in the fourth quarter compared to the year prior. Rides revenue was $1.5 billion, down 52% from a year earlier.
The company has beefed up its delivery portfolio in recent months. In July, it acquired competitor Postmates for $2.65 billion. Last week, the company announced it will also scoop up alcohol delivery startup Drizly.
“It’s become clear that the pandemic has increased consumers’ appetite for on-demand delivery of not just food, but all goods, and we take a major step to address this enormous opportunity,” CEO Dara Khosrowshahi told analysts on Wednesday.
The buying spree follows a major business overhaul. The company sold off its autonomous vehicle research division and its flying taxi operations in December, and cut roughly 25% of its staff over multiple rounds of layoffs in the first half of last year.
Investor insight: Shares fell 5% in premarket trading on Thursday, but Wall Street has been bullish on Uber’s path forward since it won a battle in California over how to classify its drivers last fall. The company’s stock has jumped almost 90% since the beginning of November.

Also today: Initial US jobless claims for last week post at 8:30 a.m. ET. Economists predict another 757,000 applications for benefits.
Coming tomorrow: The first look at UK GDP for the last three months 2020, when the country was racing to secure a trade deal with the European Union.
Source: Read Full Article