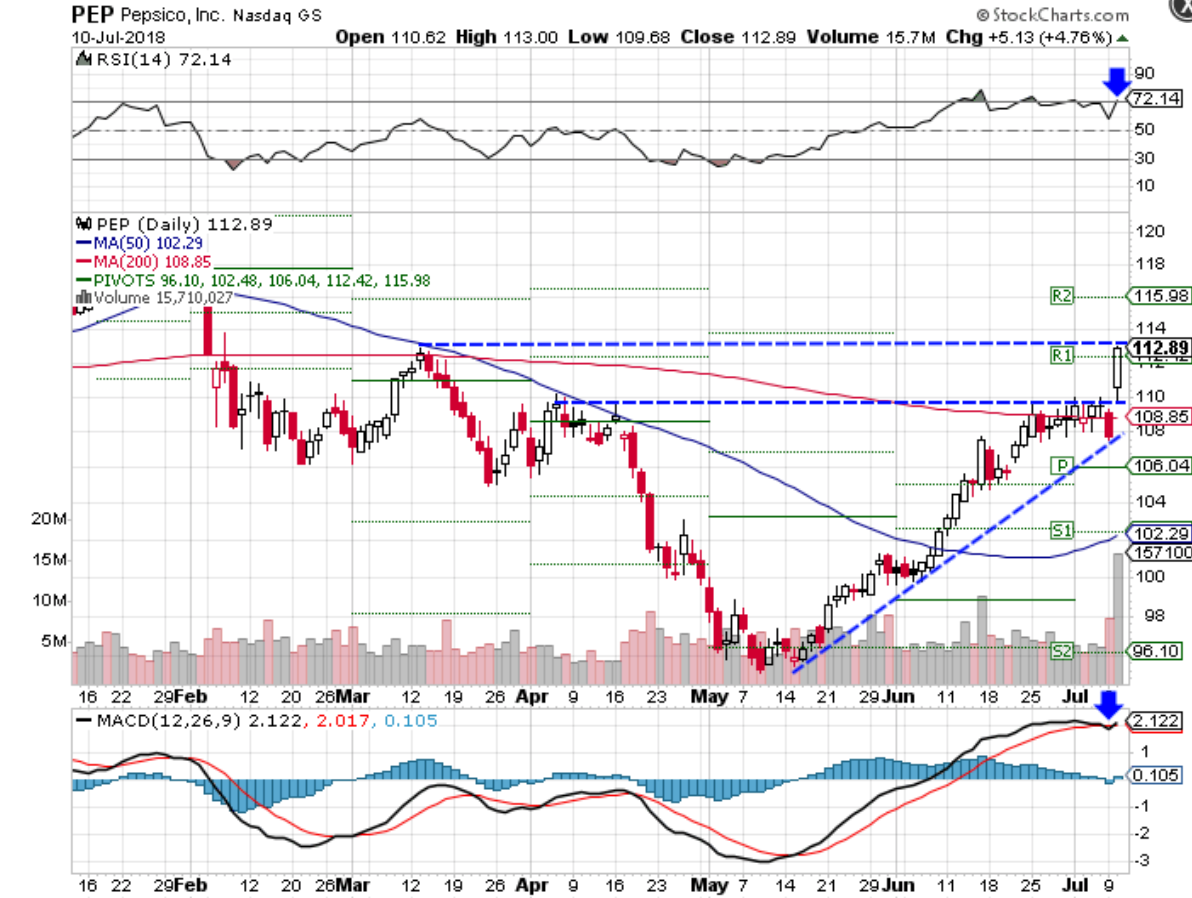 From a technical standpoint, the stock broke out from trendline support and the 200-day moving average at around $108.85 to R1 resistance and upper trendline resistance at around $113.00. The relative strength index (RSI) moved into overbought territory with a reading of 72.14, but the moving average convergence divergence (MACD) could be on the verge of a bearish crossover that could signal more downside ahead.

[To learn more about supplemental technical indicators such as the RSI and the MACD, check out Chapter 4 of the Technical Analysis course on the Investopedia Academy.]

Traders should watch for a breakout from upper trendline resistance at around $113.00 toward R2 resistance at $115.98 on the upside or a breakdown from these levels to test trendline support at around $110.00. If the stock breaks down from these levels, traders could see a move down to the pivot point at $106.04 or S1 and 50-day moving average support at around $102.29, although that scenario seems less likely to occur. (For more, see: Goldman Sachs: Drink in These Beverage Stocks.)

Chart courtesy of StockCharts.com. The author holds no position in the stock(s) mentioned except through passively managed index funds.