‘Part of the puzzle’: Tracking student welfare through screens

Student welfare and teacher performance are hot button issues and startups are working to wade through data to improve both. 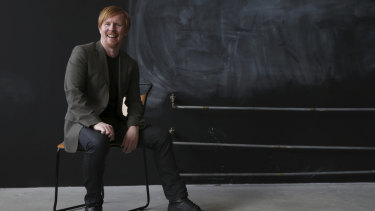 "Data is just part of the puzzle here. How do you make it easier for schools to track and create goals?" asks the founder of Educator Impact, Ken Wallace.

The mathematician started his school feedback platform in 2012 and over the past seven years has signed up close to 500 schools across Australia and the world, pushing towards the $2 million revenue mark.

Schools pay around $8,000 a year for access to the platform, which lets students give teachers constructive feedback. The idea is that "students know when they're in a good class", and prompting them to give this feedback online can paint a solid picture of what's working and what isn't.

The data is not published publicly but instead leadership teams and teachers can use the platform for 360 degree feedback and goal setting.

Debates around how academic data should be used have raged for years. Startups like Educator Impact say there also needs to be a conversation around student experience in the classroom and welfare of schools beyond their academic results.

"What we’re doing in Australia is building a lot of surveys, a lot of approaches. But nobody is really collating it altogether, nobody is creating the pulse of the school," Wallace says.

Education technology will be worth $1.7 billion in Australia by 2022, according to Austrade. Multi-billion dollar companies like Amazon Web Services have taken an interest in the space through incubator and growth programs, with many of these businesses finding their home in the cloud.

Businesses at the earlier stage of their growth journey believe the use of tech for tracking student welfare is only set to grow across the country.

"Back in year 11, I moved to a new school and I was too scared to go and see the counsellor. It was just this feeling of isolation," she says.

Now 23, Raja has taken up a place in the BlueChilli SheStarts accelerator program to grow a business that removes the fear of knocking on a counsellor's door.

Raja's startup is called LetMeeh and is in the process of re-branding to HandUp.

The platform connects students with mental health services and lets them book appointments online with the ambition of making sure students, teaching staff and support staff are all on the same page about a student's welfare. 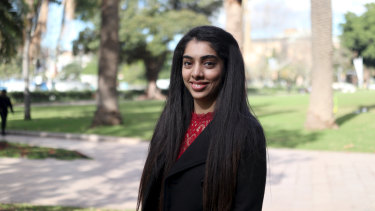 "Counsellors also feel like they're just doing a lot of admin — and that is really taking away from what they're passionate about."

The platform is in development stage, with Raja investing just a few thousand dollars of funds so far as she draws on the experiences of Australian school welfare officers in order to create the offer.

"We have been very, very lean," she says.

HandUp believes there is no local competitor that brings student mental health information into one platform to reduce the burdens of paper.

As a student who was in high school during former Prime Minister Julia Gillard’s school laptop rollout, Raja believes students expect to be able to complete tasks via a screen – and school support staff feel the same way.

"At the moment, you either have to fill out a form [to get counselling or other support] or go and knock on their door. But now counsellors are actively trying to embrace technology."

Raja says data security is a top priority and the team is currently working out how to comply with Australian privacy standards while building the product.

She is also consulting with a range of schools and counsellors to understand their priorities when it comes to information security. "We're open to hear what's relevant," she says.

While education systems vary significantly between states and nations, Wallace believes there are some local edtech ideas that have a global application.

"I think one of our learnings is that teaching practice is a universal thing. You can apply the same principles in all schools and then map things to local requirements," he says.

"Engagement in school is a big thing."

Why Visa Inc., Mastercard Incorporated, and First Data Corporation Shares Rose in the First Half of 2018

The Future of Institutional Investment in Crypto Index Funds

5 of the Healthiest Healthcare REITs

Shaping the Future of Artificial Intelligence in China
Politics News