Papas fraud may have started in 2013, explosive Forum report finds

Alleged fraudster Bill Papas may have begun his scheme to defraud hundreds of millions from various lenders as early as 2013, according to a liquidators report into his company Forum Finance that accused the colourful soccer identity of a range of criminal offences.

The report lays bare the depth of the probe and includes allegations that Mr Papas conducted the massive fraud to fund his extravagant lifestyle, that included luxury motor vehicles, racing cars and interests in race horses. 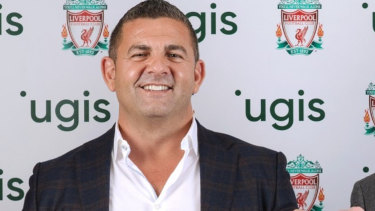 The report found that Mr Papas was likely involved in fraud much earlier than had been suspected, given Westpac’s allegations cover the period of 2018 to 2021.

Westpac and two other lenders, Sumitomo and Société Générale, have accused Mr Papas in civil action of orchestrating a $500 million fraud against the banks by impersonating blue chip clients to win loans.

Liquidators to Forum Finance allege in their report that they suspect Mr Papas engaged in criminal activities and breached his directors duties to the level of committing a criminal offence.

“Mr Papas engaged in dishonest and deceptive conduct in setting up and perpetrating the fraudulent scheme. Mr Papas did not exercise his power and discharge his duties in relation to Forum Finance in good faith or for a proper purpose,” the report says. Mr Papas has not been charged with any crimes, which would need to be recommended by company regulator ASIC.

The report found that Mr Papas was likely involved in fraud much earlier than had been suspected, given Westpac’s allegations cover the period of 2018 to 2021.

“The alleged fraudulent behaviours appear to have been undertaken over an extended period of time. While we have focused on the period from July 1 2018 to June 30, 2021 for the purpose of our analysis to date, we have identified materials suggesting similar behaviour was evident as far back as at least 2013.”

The report is the result of a massive investigation undertaken by liquidators from McGrathNicol, Jason Preston, Jason Ireland and Katherine Sozou. The liquidators and their team of forensic investigators have reviewed 4.9 million documents and analysed 110,000 transactions within the group from the 150 bank accounts held by Forum and related parties as part of their investigations.

The report shows the massive flow of funds, around $297 million, taken from the banks in the allegedly fraudulent scheme.

“A significant proportion of the funding obtained was ultimately applied to meeting obligations to financiers arising out of that funding or to repay historical financiers,” the report notes.

Liquidators also allege that some of the funds were used to: “Fund a lifestyle and personal expenses for Mr Papas and (his business partner Vince) Tesoriero.”

The report also reveals that Forum Finance chief financial officer Tony Bouchahine has been subject to examinations over his role at the company. Mr Bouchahine’s examination was previously subject to a suppression order.

“Mr Bouchahine supplied an incomplete ROCAP (Report on company activities and property) on October 7, 2021 and has not answered certain queries in the ROCAP on the basis he wishes to involve privilege against self-incrimination,” the report said. The report does not suggest that Mr Bouchahine profited from the alleged fraud that took place at Forum.

The liquidators are also considering reporting Mr Tesoriero to the corporate watchdog because he has allegedly not responded properly to requests to prepare reports on their companies affairs and property.

“Mr Tesoriero has not provided a ROCAP (report of company’s affairs and property) in respect of either of the companies as at the date of this report. The liquidators will be issuing a second and final request imminently. The Act provides for serious consequences for a failure to submit a ROCAP.”

“Additionally, in the event Mr Tesoriero does not comply with the above second and final request in the requested timeframe, he too will be reported to ASIC for non-compliance.