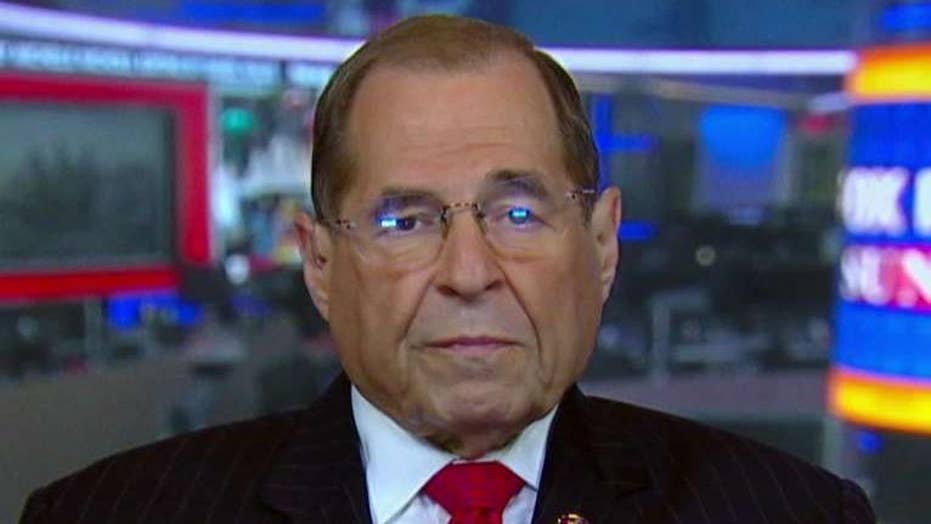 "The [Mueller] report presents very substantial evidence that the president is guilty of high crimes and misdemeanors and we have to present — or let Mueller present those facts to the American people and then see where we go from there," he said.

"Because the administration must be held accountable and no president can be above the law."

NADLER NOT WORRIES THAT GOP COULD PRESS MUELLER FOR DETAILS ON RUSSIA PROBE: 'LET THEM WASTE THEIR TIME'

Host Chris Wallace asked Nadler what Democrats will do if Mueller's testimony falls flat, and the House Judiciary chairman said he expects the hearing to have an impact on the electorate and plans to ask specific fact-finding questions to help enlighten the public.

"Well, we hope it won’t end up being a dud," he replied. "And we're going to ask specific questions about — look at page 344, paragraph two, please read it. Does that describe obstruction of justice and did you find that the president did that, for example."

Nadler also said he isn't worried about Republicans asking probing questions about the investigation's origins via the Steele dossier, and claimed they'd only be wasting their time.

Mueller is scheduled to appear on Capitol Hill this Wednesday to discuss the contents of his final report.

AAA sees US average gasoline price dipping to around $2.70

Should You Chase Pinduoduo’s Post-Earnings Pop?

Kuwait, Saudi Arabia and UAE pledge $10B for Bahrain