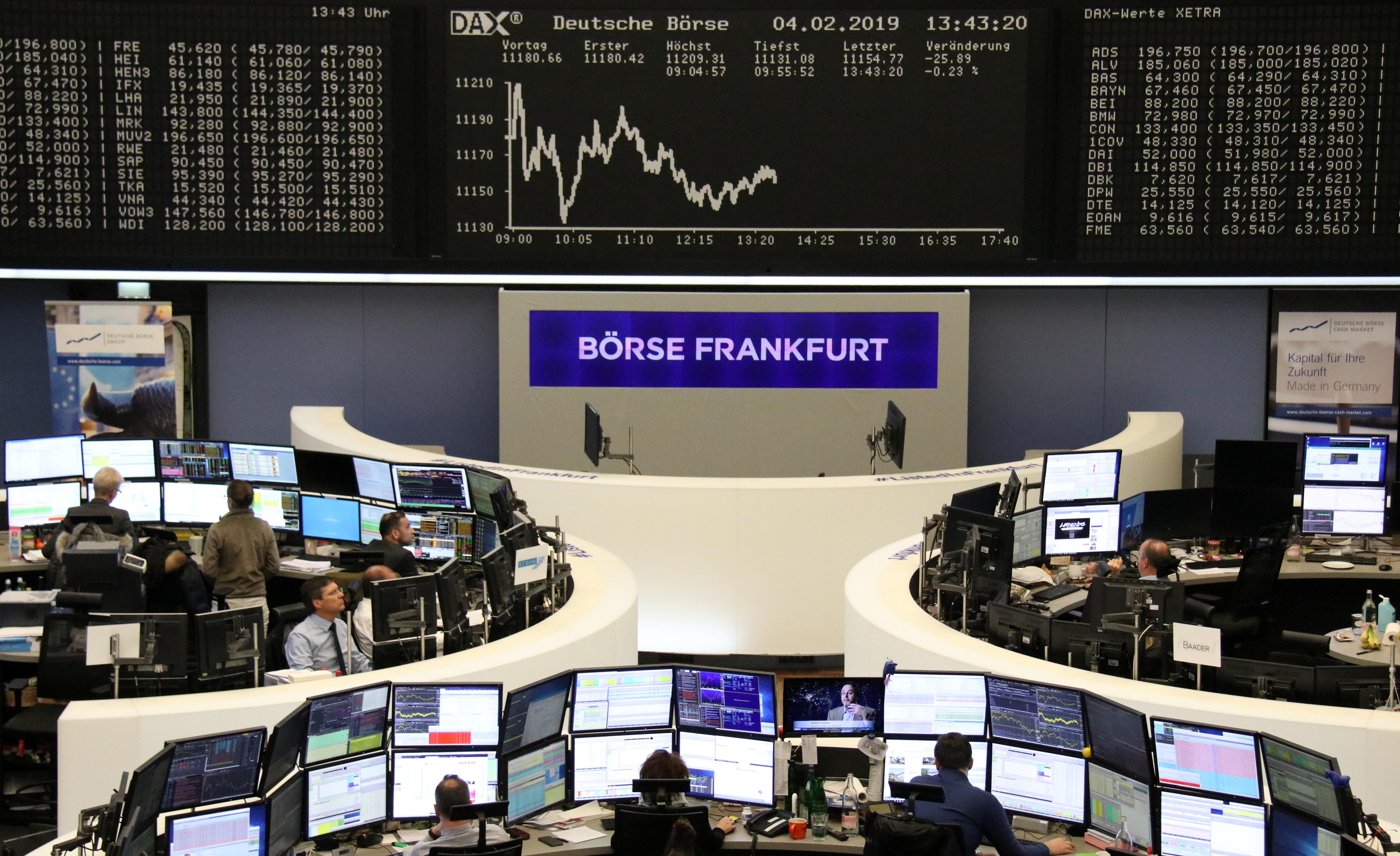 The pan-European STOXX 600 index added 0.1 percent after being lifted on Friday by upbeat U.S. jobs data which helped eased worries over the health of the global economy.

Banks were the biggest drag to the STOXX 600 with Julius Baer falling more than 4 percent after a tough end to 2018 caused the Swiss private bank to scale back growth targets.

Julius Baer said it would cut around 2 percent of its staff as part of a 100 million Swiss franc cost saving plan.

Banks have lagged the early 2019 stock market bounce on concerns over a slowing economy, with central banks signaling a pause in tightening measures also hitting the rate-sensitive sector.

“The fourth quarter of 2018 has been disappointing so far, leading to 3-5 percent EPS cuts… and hence short-term share price risk needs to be ‘flushed out’ first,” they added.

The euro zone bank, down 1.2 percent on the day, fell for the sixth straight session, suffering their longest losing streak since October 2018.

Spanish banks Sabadell and Caixabank were among the biggest losers, down 4.8 and 4.5 percent respectively, following a price target downgrade from UBS.

German payment company Wirecard soared 13.7 percent after it said its law firm found no conclusive evidence of criminal misconduct. The Financial Times last week alleged financial wrongdoing at its Singapore office, sending its shares down as much as 40 percent.

Ferrexpo dropped 7.9 percent after the iron ore pellet producer said an ongoing review of statements of a charitable foundation in Ukraine to which it made donations may affect its books.

Denmark’s DSV fell 2.1 percent after its bid for Panalpina hit a road block when the Swiss freight forwarder’s top shareholder rejected the offer.

Pan-European stock market operator Euronext fell 0.5 percent after saying it may sweeten its offer for Oslo Bors VPS as Nasdaq made a rival bid.

Ryanair fell 1.9 percent after the Irish budget airline reported a 20 million-euro loss in the third quarter, its first since 2014.

Corporate news is set to intensify throughout the week with trading updates on Wednesday and Thursday, notably from BNP Paribas and ING among banks and Sanofi and GlaxoSmithKline for pharmaceuticals.