Industry-super-linked ME Bank is facing 62 criminal charges for making changes to home loan interest rates and minimum repayments without properly notifying customers over a two-year period.

The corporate watchdog released a brief statement in May announcing criminal proceedings are being taken against ME Bank. The Age and The Sydney Morning Herald revealed the nature of the charges in May, but the exact number of charges was until this point unknown. 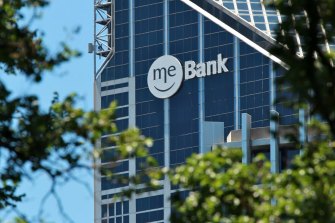 The CDPP has accused ME Bank of 62 criminal charges for failing to properly communicate changes to home loan terms.Credit:Ken Irwin

ME Bank disclosed the communication failure was self-reported to the Australian Securities and Investments Commission in October 2018 and affected customers had already been remediated $105,000.

Fresh details of the case emerged in a summary of criminal proceedings filed with the Federal Court on May 25 by the Commonwealth Director of Public Prosecutions (CDPP). The CDPP’s summary shows 44 of the charges relate to ME Bank allegedly making false and misleading statements in a series of letters sent to customers regarding changes to their home loans.

The letters informed customers the minimum repayments and interest payable on home loans would be increased the following month, but the amount presented in the correspondence was less than what was due.

The remainder of the criminal charges relate to breaches of the National Credit Code, where ME Bank allegedly increased interest rates and minimum repayments without informing the customers.

The CDPP alleges ME Bank broke the law by failing to provide, or providing inaccurate, written correspondence required in its capacity as a credit provider.

The Age and Herald reported the communication fail was caused by a computer error during a technology upgrade, according to one high-level source close to the bank.

ME Bank has previously been sanctioned by industry body Banking Code Compliance Committee for failing to communicate changes to its redraw policy, which left more than 20,000 customers without access to cash during the height of the pandemic.

In that case, ME Bank had purposefully failed to inform affected customers of the redraw changes because management believed advance warning would trigger a rush to withdraw cash from their mortgage accounts.

However, legal experts said the controversial approach could have breached the National Credit Code’s requirement around notice periods, and ME Bank was later forced to backflip on the policy and apologise after a week of outrage from customers and financial counsellors.

The Bank of Queensland is currently seeking regulatory approval to fully acquire ME Bank from its 26 industry super fund shareholders, in a $1.3 billion deal announced in February.