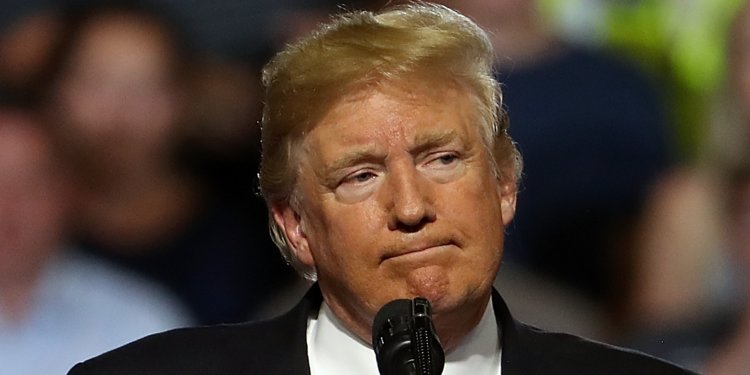 
LONDON — Global markets are getting hammered on Wednesday as the trade war between the Trump administration and China intensifies, while fears also rise that Trump could pull the USA out of NATO.

The US administration late on Tuesday released a huge list of new products that tariffs on $200 billion worth of goods from China will be levied against.

The new 10% tariffs will apply to a huge amount of items including seafood and other fresh goods, according to the list released by US Trade Representative Robert Lighthizer.

“As a result of China’s retaliation [the introduction of tariffs on $US34 billion worth of US imports] and failure to change its practices, the President has ordered the US Trade Representative (USTR) to begin the process of imposing tariffs of 10% on an additional $US200 billion of Chinese imports,” Lighthizer said.

That intensification of the trade skirmish, which is now being upgraded to a full-scale trade war by some commentators, has investors spooked about the future of the global world order, and the global economy, pushing stock markets around the world deep into the red.

Market drops started in Asia overnight, where all of China and Hong Kong’s share indices lost more than 1%, and has spread to Europe as markets open here. In late morning trading, all major European indices are also nursing losses of more than 1%.

“Overnight, that unnerving trade war silence from the White House, which allowed stocks across the globe to charge higher in recent sessions, was broken. The US upped the stakes in the trade war with China, sending equity markets tumbling, as risk off prevails,” Jasper Lawler, head of research at London Capital Group wrote in an email.

US futures are also taking a hit, albeit at a slightly lower level. Here’s how futures on the three main US indices look in later morning trade in Europe:

Unfortunately for markets, no end is in sight, with further retaliatory levies almost certain to be enacted by China in the coming days or weeks.

After the list was released, China’s Commerce Ministry said in a statement that it could not accept the additional tariffs proposed by the US, adding that it was “shocked” by the decision.

It also said that China would have to respond to the US actions.

Although the trade war obviously remains front and centre in the minds of investors, another factor at play is the nagging worry that Trump may want to pull the USA out of NATO (the North Atlantic Treaty Organisation) — a move that would represent a fundamental upheaval in the international order, and have a huge impact on markets.