JPMorgan Chase & Co. (JPM) has been one of the weak bank stocks, recently setting a 2018 low of $102.20 on July 6, but since then, the shares have popped by 5% in anticipation of positive earnings to be released before the opening bell on Friday, July 13. JPMorgan is the largest of the four “too big to fail” money center banks and is the only major bank in the Dow Jones Industrial Average. The stock closed Monday, July 9, at $107.28, up just 0.3% year to date and in correction territory at 10.1% below its all-time intraday high of $119.33 set on Feb. 27.

Analysts expect JPMorgan to post earnings per share of $2.23 to $2.32 when it reports results at around 6:50 a.m. on Friday. Wall Street expects a positive reaction to earnings, as the big banks are riding on successful stress tests that will allow them to increase dividends and share buybacks. In my opinion, JPMorgan is the most important stock given the cross-currents facing the global economy. The financial giant has banking activities around the globe that could cause unforeseen stress in the second half of 2018. (See also: 9 Bank Stocks That May Rise on Rich Payouts.)

The daily chart for JPMorgan 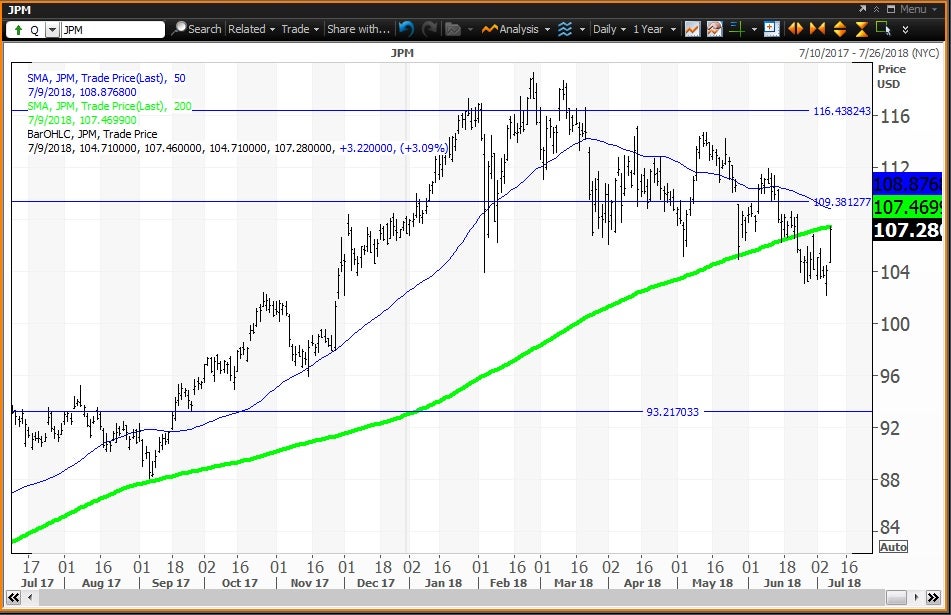 [Check out Chapter 2 of the Technical Analysis course on the Investopedia Academy to learn more about using simple moving averages to develop your trading strategy.]

The weekly chart for JPMorgan 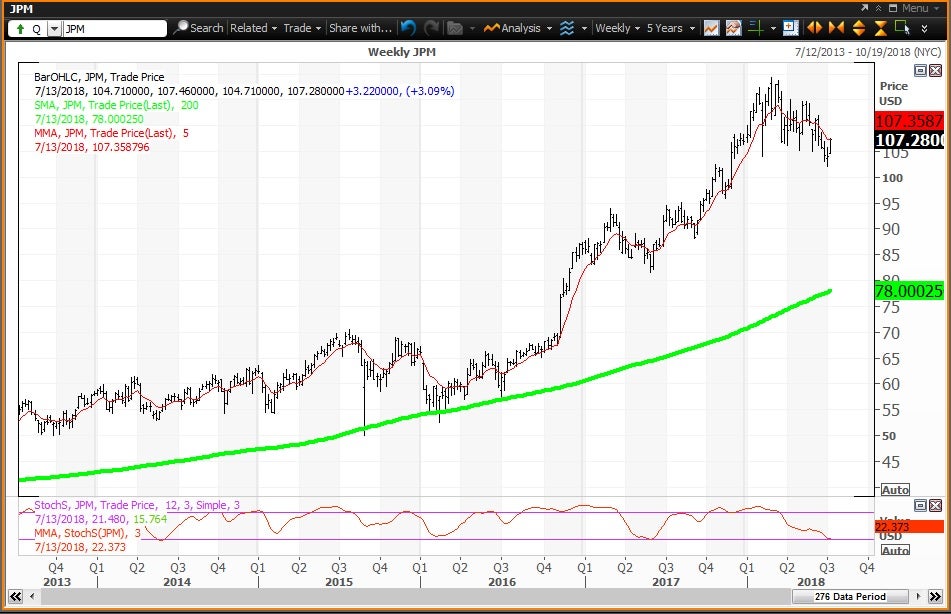 Given these charts and analysis, traders should buy JPMorgan shares on weakness to my annual value level of $93.20 and reduce holdings on strength to my semiannual and monthly risky levels of $109.39 and $116.45, respectively. (For additional reading, check out: Why Bank Stocks May Be Ready to Rebound.)