(Reuters) – John Bogle, whose family’s struggles during the Great Depression led him to pioneer low-cost investing and to found Vanguard Group, now the world’s biggest mutual fund firm, died on Wednesday at the age of 89, Vanguard said. 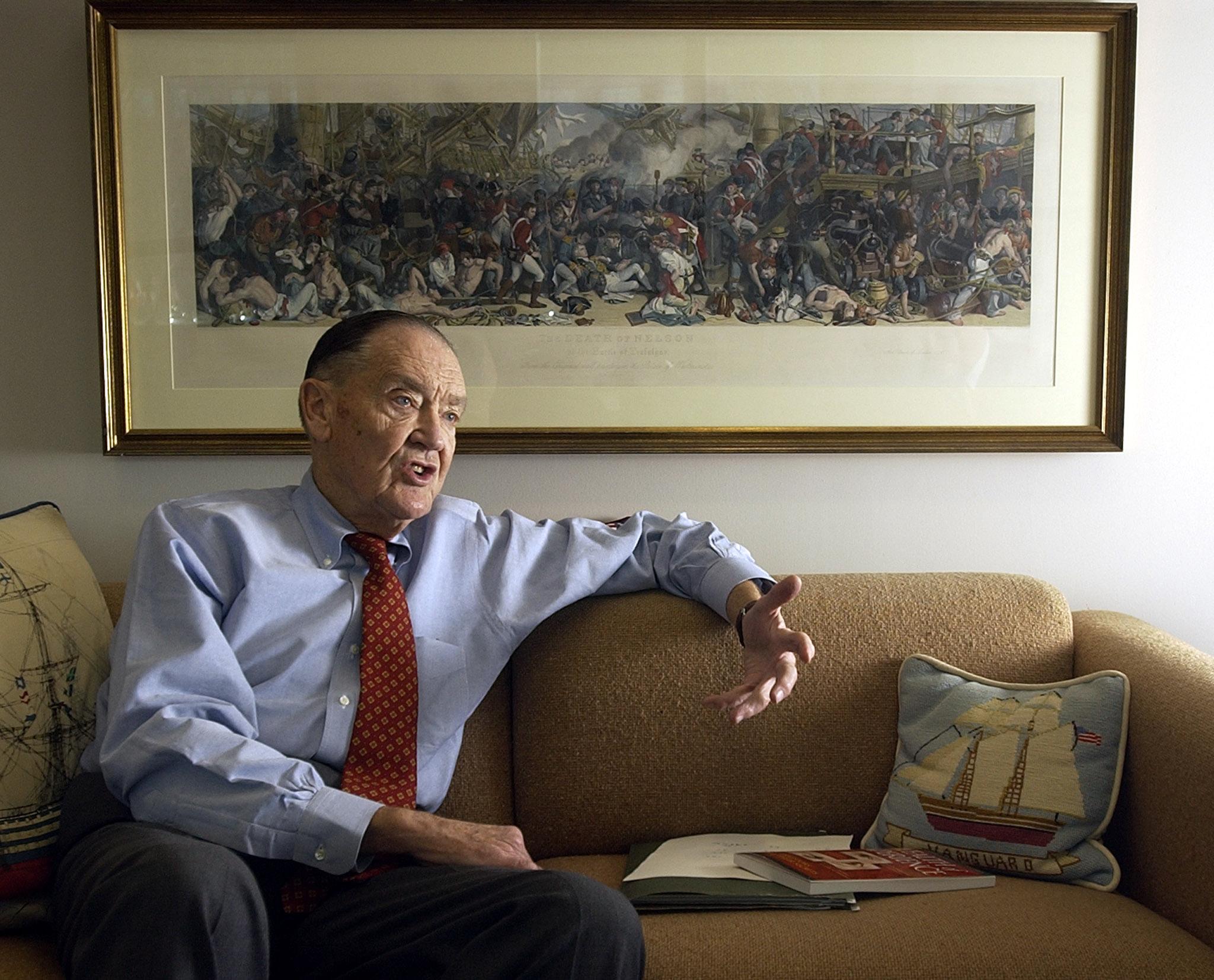 Bogle had been in frail health for years, surviving at least six heart attacks and receiving a heart transplant in 1996. The cause of death was cancer, said Bogle’s assistant Michael Nolan.

Despite ill health, Bogle was a vital presence through his later years as he pressed for reforms in corporate governance and fund administration, mixing sharp rhetoric with a wry sense of humor and establishing a reputation as a curmudgeon in his industry.

Still, Bogle, known widely as Jack, kept deep professional friendships and maintained a loyal following through his books and public speaking appearances. Some termed themselves “Bogleheads” and spread online his messages of thrift and investments in low-fee funds.

“Jack did more for American investors as a whole than any individual I’ve known,” billionaire Warren Buffett said in a statement.

At the 2017 annual meeting of his company Berkshire Hathaway Inc, which Bogle attended, Buffett estimated that by making low-cost index funds so popular for investors, Bogle “put tens and tens and tens of billions of dollars into their pockets.”

Bogle’s life in many ways was the opposite of his great fund industry rival, Edward Johnson III, who inherited control of Fidelity Investments in Boston from his father and promoted star active managers like Peter Lynch. Vanguard, in contrast, promoted its low-cost index funds, products that Fidelity and the rest of the industry came to emulate.

“He made himself a centurion to the individual investor, always playing the retail communication” said Charles Ellis, an industry consultant and a former Vanguard funds director. “He had one great message, about lowering fees, and he kept hammering away at it.”

Bogle was born on May 8, 1929, to a family of modest means in Montclair, New Jersey, and graduated from Princeton University in 1951, working his way through college as a waiter. His economics thesis there earned him a job from an older Princeton alumnus at the Wellington Management Co in Philadelphia.

Bogle rose through the ranks and persuaded the company to start offering more mutual funds. He created Vanguard in 1974 after a dispute with others at Wellington, and built its products around a new economic model in which the funds would be run with their own directors and staff rather than to create profits for an external management company.

In 1976, Vanguard also introduced the first indexed fund for individual investors. According to the company, it was initially ridiculed as “un-American” but now the Vanguard 500 Index Fund (VOO.P) is one of the industry’s largest. Vanguard has some $5 trillion in assets under management, the bulk of it in index funds and exchange-traded funds.

Bogle gradually gave up the leadership of Vanguard but remained a combative public presence, arguing often that larger fund companies had grown too focused on their own profits rather than serving as stewards of their clients’ interests, including pressing corporations for better governance.

“The mutual fund industry lost its way because of the triumph of managers’ capitalism over owners’ capitalism,” Bogle wrote in a typically fiery passage in his 2005 book “The Battle for the Soul of Capitalism.”

US added a stellar 312,000 jobs in December, as more jobseekers pushed up unemployment rate to 3.9 percent

Chinese executive facing US extradition to appear in court