Home » Markets » 'It's been a motherf—ing rocket ride' : A top NFT artist who's sold over $60 million worth of crypto art breaks down how he's capitalizing on the sudden boom — and shares how he positions his own portfolio

'It's been a motherf—ing rocket ride' : A top NFT artist who's sold over $60 million worth of crypto art breaks down how he's capitalizing on the sudden boom — and shares how he positions his own portfolio

In a matter of months, 39-year-old South Carolina resident Mike Winkelmann became a crypto art sensation and one of the top three most valuable living artists.

Unfamiliar with Winkelmann’s name? You might recognize his artist name, Beeple.

Beeple is generating Banksy-level hype in the digital art world; making headlines for the eye-watering sums of money his digital artwork is selling for.

Two weeks ago, Pablo Rodriguez-Fraile, who originally bought one of Beeple’s artwork for $67,000 resold the piece for $6.6 million on the cryptocurrency art marketplace, Nifty Gateway, ahead of auction house Christie’s, which made its first-ever sale of digital art –  a collage of 5,000 everyday pictures, also by Beeple.

The auction closed on March 11 with a winning bid of $69 million. The price jumped from $15 million to $69 million in under an hour.

Despite becoming an overnight NFT sensation, Beeple has actually been working on his craft for years – 5,064 days and counting to be precise.

Every single day for the last 13 and a half years Beeple has produced a piece of digital art, in addition to doing freelance work providing custom concert visuals for the likes of Justin Bieber and deadmau5.

Only recently has Beeple been able to monetize the everyday project via non-fungible tokens.

On March 8, Beeple sat down with Anthony Pompliano, the host of “The Pomp Podcast”, to discuss his foray into the NFT world and the sudden boom in digital art.

“It’s been really pretty slow and steady up until the past three or four months then it’s been a motherf—ing rocket ride,” Beeple said on the podcast.  “It’s been a rocket ride.”

By definition, a non-fungible token is a cryptographic token that exists on the blockchain. It can represent a real-world asset, such as art, collector items, real estate and music.

Since the token is on the blockchain, creators can provide the token directly to their audiences. Each token is uniquely verifiable, this creates the potential for the NFT to surge in value if the creator becomes more popular and only a limited number of pieces were sold.

Creators tend to drop NFTs on platforms, such as Nifty Gateway and SuperRare, for either a limited amount of time, or for a set amount of tokens. On the podcast, Beeple broke down the simplicity of launching an NFT from the perspective of an artist.

“It’s really one of these things where you upload the artwork, you say the description, you pay the gas fee, and she’s on the blockchain,” Beeple said. “So it’s not a super huge lift to kind of get it up there.”

When developing and dropping NFTs, Beeple aims to provide scarcity and an instant return on value for investors.

The return on value benefits not only the investor, but also the creator, because for every secondary sale, the creator gets a cut. Hypothetically, Beeple could still be getting value from secondary sales on his NFTs 10 to 20 years from now.

The control and ownership opportunities could be game-changer in the creative industries.

We haven’t even scratched the surface in terms of use cases, Beeple said on the podcast.

As the world reopens after the pandemic, there could be opportunities for hybrid tokens  combining the physical and digital worlds.

For example, a digital token could be not only a collectible and a store of value, but also a way to gain backstage access to a concert in the real world.

The sudden boom in NFT sales comes from an explosion of interest from investors in the crypto world, combined with big name celebrities and famous creators, such as Steve Aoki and Kings of Leon, buying and dropping tokens.

The launch of new platforms, such as NBA Top Shot has also fueled the fire.

The craze has resulted in a surge in prices. The amount of money that can be made in NFTs is what initially caught Beeple’s eye. He was also excited by the concept of digital native collecting, as well as the technology and investing crossovers.

“My work is digital and it’s meant to be viewed on a screen,” Beeple said on the podcast. “And being able to sell it and collect it in a digital way,  it’s something that to me is very exciting, and something I didn’t really see coming.” 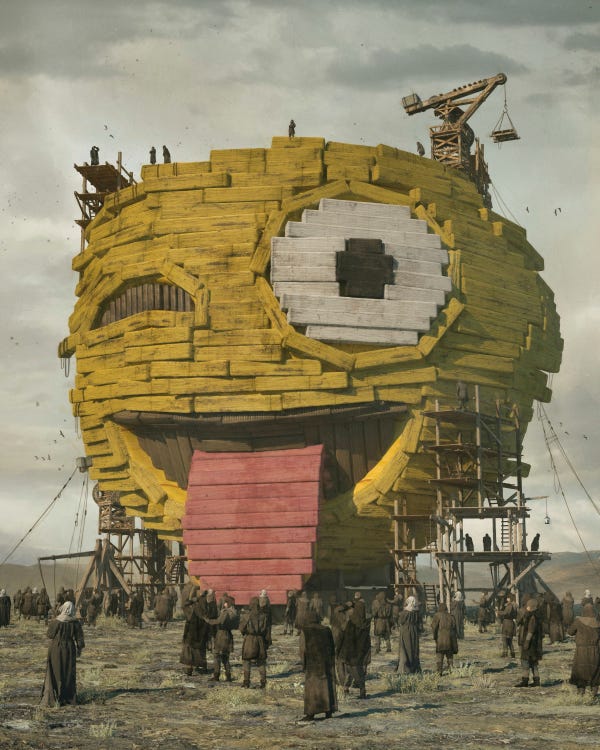 But the eye-watering sales and intensity of interest in NFTs have caused some people to say it’s a speculative bubble waiting to burst. Comparisons have been drawn to the great Beanie Baby mania and other collectible boom-and-bust cycles.

Beeple agrees there is a lot of the hype in the market and expects that most NFTs will have little value, similar to most art in the physical world.  Just because somebody makes an NFT doesn’t mean it automatically has value, he added.

“I think [NFTs] may be a bubble, but I also see a huge amount of legitimate long-term value for this as an asset class,” Beeple said.

Away from the speculation, Beeple sees the potential. He highlights many young investors have little affinity with corporations. NFTs may offer an alternative investing opportunity as they support creators and brands.

“So to think young people are automatically just going to invest their money in companies moving forward, that’s not set in stone, they could look at other things that speak more to them in terms of asset classes,” Beeple said. “I think NFTs could be a huge, huge, piece of that moving forward, that they would rather invest in something that they have a bit more ownership over.”

Despite making a killing from selling NFTs, Beeple doesn’t own one yet. He said this ultimately came down to how busy he has been creating his own work that he has not really had time to look into collecting.

He jokingly added that because he’s part of a wide network of digital artists, he’s worried about opening a can of worms by investing in friends’ NFTs.

“I think it’s super cool, but it’s something I still need to process how I’m going to like me, personally,  I’m going to approach that,” Beeple said on the podcast.

In terms of what Beeple is investing in, crypto makes up around 30% of his portfolio. He started investing in crypto in 2017 and has started to allocate more to crypto more recently.

The other 70% is allocated to traditional investments, such as stocks. Most of his exposure is to equities and exchange-traded funds that will grow incrementally over time.