Embattled tech group iSignthis has ramped up its battle with the sharemarket operator, launching legal action against the ASX to have its trading suspension lifted while making the incendiary claim that its confidential information was leaked by the ASX.

In the Federal Court case, iSignthis has alleged the market operator has on four occasions since October unlawfully failed to lift the suspension of trading in the company’s shares.

It also alleges the ASX has unreasonably used its powers to compel the group to hand over confidential information, which it claims was later leaked. 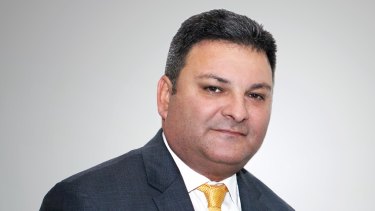 The court action is the latest development of a growing dispute between iSignthis and the ASX after the market operator suspended trading in the group’s shares to conduct a review of the company’s disclosures.

iSignthis, which provides automated payment verification and payment services to clients to help them meet "know your client" requirements under anti-money laundering regulations, has been in the headlines since September when proxy advisory and research group Ownership Matters raised questions about the quality of the group’s disclosures, its governance and shareholder structure.

The ASX has also quizzed iSignthis's about the quality of its customer base. The tech group has since confirmed that about a quarter of its revenue for 2019 was derived from customers that are subject to major regulatory action, including criminal charges being laid against associated people for allegedly running online trading scams.

No allegations have been made against iSignthis being involved or aware of the alleged scams being operated by some of its clients.

The tech group has responded to a series of inquiries by the ASX, but its stock is yet to resume trading.

On November 25, iSignthis issued a statement blasting the ASX saying that its "inquiries continue to impact management's time and focus, with a review on the impact to be taken by the board in early December".

The claim will allege that ASX has breached its own operating rules and the Corporations Act.

ASX said in a statement that it would vigorously defend the action.

"As is well known, ISX [iSignthis] has been suspended while ASX investigated the company’s compliance with the listing rules," a spokesman said.

"ASX informed ISX that it would give the company draft findings about its compliance this week. ISX has now chosen to take the matter to court."

iSignthis said in an ASX statement on Thursday morning it regretted that it had been necessary to seek judicial intervention.

“We have taken this step in order to lift the suspension of iSignthis’s shares," its chairman Tim Hart said. "We are acting in the interest of our shareholders, as they have been denied the basic right to trade our shares for too long.".

According to court documents filed on Thursday at the Federal Court, iSignthis alleges that during discussions with the ASX, the exchange operator's executive Daniel Moran made a "veiled suggestion that ISX was seeking to avoid its obligations… [that] was extraordinary, unfounded and disingenuous given the recent correspondence concerning the leak of information from the ASX."

The claim does not provide any other details of the leak.

iSignthis is seeking compensation and declarations from the court, including that "ASX failed, in breach of the agreement, to accord procedural fairness to iSignthis and act in good faith and/or honestly and fairly and/or reasonably before suspending the quotation of its shares on the Australian Securities Exchange".

ASIC takes NAB to court over fees for no service