The powerful financial regulator has declared the banks have "largely" done the "heavy lifting" in improving their lending standards, signalling it will not require further significant tightening in the mortgage market.

Australian Prudential Regulation Authority chairman Wayne Byres on Wednesday pointed to a reduction in higher risk mortgage lending, in a speech dealing with how banks would cope in a financial storm. 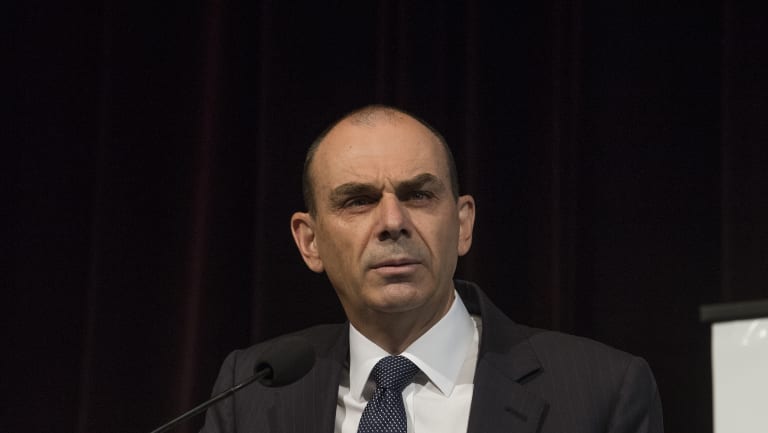 Speaking in Sydney, Mr Byres noted there had been a sharp reduction in interest-only lending, investor lending, and low-deposit lending, in part due to its crackdown on riskier mortgages over recent years.

One of the big unknowns in the mortgage market is whether banks may tighten lending further, potentially as a result of the royal commission, but Mr Byres suggested APRA would not be requiring any major further changes.

"This has been an orderly adjustment, and we expect it to continue over time," Mr Byres said at an Australian Business Economists lunch.

"While there is more 'good housekeeping' to do, the heavy lifting on lending standards has largely been done. Any tightening from here on is expected to be at the margin as banks seek to get a better handle on borrower expenses, and better visibility of borrower debt commitments."

After initially capping lending to property investors in late 2014, APRA has in 2016 and 2017 put the microscope on how banks assess home loan customers' living expenses, and Mr Byres said this remained a focus.

Mr Byres said APRA was pushing banks to follow the responsible lending laws, which say they must make "reasonable inquiries" into a customers' expenses, rather than relying on external benchmarks.

He said there had already been progress on this front, with some banks asking customers to set out their expenses in key categories, while others were reviewing customers' transaction accounts.

The other issue where APRA wants to see more progress is how banks' assess a customer's existing debts when they take out a loan – an area Mr Byres has previously referred to as a “blind spot.”

The introduction of a data sharing regime, known as comprehensive credit reporting, from this year is expected to help banks gain a better understanding of how much total debt their customers have.

APRA is also requiring banks to introduce limits on lending with high debt-to-income ratios of six times or more, which is likely to highly-geared customers such as investors with multiple properties. However, Mr Byres said APRA's debt to income rules would act as a "backstop" rather than a "primary constraint."

Although mortgage lending has slowed notably in recent months, and economists expect this will continue, Mr Byres pointed to figures that showed total housing credit still expanded by 6 per cent in the year to May, only slightly below the pace of previous years.

He also said lending to owner-occupiers had also grown at a "very healthy" 8 per cent, despite the tightening in banks' lending standards.

Mr Byres' comments came in a speech titled "Preparing for a rainy day," in which he set out APRA's approach for promoting a more resilient banking sector to cope with any potential crisis.

He revealed the results of APRA's 2017 stress tests, which found 13 of the largest banks' would lose more than $40 billion on their mortgage portfolios under a "very severe" scenario of house prices falling 35 per cent, unemployment doubling to 11 per cent, and gross domestic product contracting by 4 per cent.

Despite the hefty losses, the tests had found the banks' capital levels would remain above the regulatory minimum, Mr Byres said.