A senior executive from the Australian Securities Exchange insists the rollout of its long awaited platform upgrade based on blockchain technology is on track for delivery by 2023, following repeated delays that have plagued the high profile project.

The ASX on Wednesday announced that group executive Tim Hogben will assume full responsibility for the roll-out of the new system that will replace the CHESS settlements and clearing platform it has used for almost three decades. The appointment came after the resignation of deputy chief executive Peter Hiom, who spent 23 years at the company.

The ASX has been investing in the technology project since 2017. The new system was set to go live in April this year, but after complaints from the industry that market participants were not adequately prepared and delays due to the coronavirus crisis the launch has been pushed back twice. It is now slated to go live in April 2023. 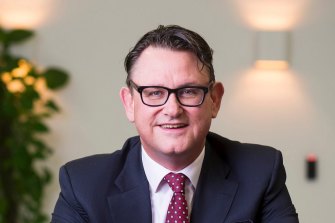 Mr Hogben said he was confident the project would meet its current deadline. “Guarantee is a big word. But yes, from an ASX perspective, we’re on target,” he said.

Further setbacks were not expected, he said, and would only occur in the case of major unexpected geopolitical or economic events. “I [am] talking in the realms of some type of conflict arising between maybe China, the US and Australia – something that would make people reconsider what they’re doing, if there is a significant economic downturn where a lot of customers have to focus purely on business as usual.”

“It’s a highly unlikely event but in my business … you never say never.”

In a letter sent to the ASX in March, obtained by this masthead, the industry body representing stockbrokers outlined “grave concerns” with the CHESS replacement plan.

“The one-month consultation period has not been sufficiently long enough,” the Stockbrokers and Financial Advisers Association wrote in the letter. “There are still many unknowns regarding various aspects of the proposals.”

Mr Hogben said preparing market users for the switch-over would be among his top priorities, adding the technology build is now almost complete and its capability is “proven”.

“The conversation is moving away from the technology now and more into the readiness of the industry,” he said. “We have a big job to do in the next 12 to 14 months in bringing the industry onto the new technology.”

However, he said the deadline was technically flexible because there was no in-built obsolescence with CHESS.

“The current system isn’t going to implode and catch on fire at any point in time,” he said. “There’s no end date on it.”

Mr Hogben acknowledged taking full responsibility for the project could carry reputational risks, but added it would be a career highlight, having worked in the industry since CHESS was first implemented in 1994.

“This is the most high profile project the exchange has undertaken,” Mr Hogben said. “For Australia, this has the world looking in at it.”

The ASX suffered a full-day outage in mid-November after a glitch with the launch of its matching system, ASX Trade, tripped the entire exchange. The outage was investigated by the Australian Securities and Investments Commission for potential breaches of its obligations to run a fair and transparent market, and triggered calls for class actions among affected brokers.

Mr Hogben said the outage was “regrettable and not ideal” but lessons would be incorporated into the roll-out of the CHESS replacement system, including the importance of regular testing and industry preparedness.