The High Court has thrown out the corporate regulator's case against a store owner in a remote community accused of acting unconscionably towards his indigenous customers.

Linsday Kobelt was accused by the regulator of operating an illegal “book-up” scheme at Nobby’s Mintabie General Store in outback South Australia where customers were allowed to purchase products on a “buy now, pay later" basis. 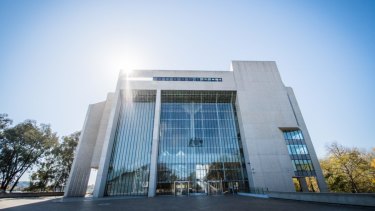 ASIC has lost a High Court judgment on what constitutes unconscionable conduct in indigenous communitiesCredit:Karleen Minney

ASIC also alleged Mr Kobelt used exploititative practices against his clients including asking them to provide debit card numbers and PINs as well as details of their income. Mr Kobelt then used that information to withdrawal all or nearly all of the customer’s money from their bank account on or around the day they were paid, it was alleged.

The High Court found, in a four-to-three decision, Mr Kobelt did not act unconscionably.

“Anthropological evidence suggested that Anangu customers entrusted the respondent with their debit cards to enable them to exercise choice about what was in their own interests,” the court said in a statement following the judgement.

“Several customers reported that they were supportive of the book-up system and the respondent's business. For many, book-up was the only means by which they could purchase a vehicle or access credit.”

The court also relied on evidence from Mr Kobelt that the retention of money helped protect indigenous customer of “humbugging” or “demand sharing”, which requires them to share resources with certain members of their family.

The court found that many of Mr Kobelt’s customers had felt he had treated them well, noting that only two unhappy customers were presented to the court.

“More than half of Mr Kobelt's customers could not "add up". The majority of the customers had low levels of financial literacy and lacked the competence of most Australians in the wider community to make informed decisions concerning the use of financial services.”

“They lacked understanding of the basis upon which debit cards and personal identification numbers ("PINs") are issued and of the steps customers should take in their own self-interest.”
ASIC is expected to release a statement on the court’s decision later today.

These customers were improverished, had low levels of financial literacy, and most could not read or add up.

“Vulnerable persons may be unable to protect their own interests. If a person, unable to protect their own interests, voluntarily enters into a transaction, this does no more than remove the conduct from it being the subject of relief on the ground of undue influence where the elements, and methods of proof, are quite different,” Justices Gordon and Nettle said in their joint dissenting opinion.