One of Europe’s largest unicorns, Deliveroo, is set to conditionally list on the London Stock Exchange on March 31 with the goal of raising around £1 billion through shares sold in the initial public offering.

The Amazon-backed company, known for its turquoise-uniformed couriers delivering takeaway food on bikes, is targeting a valuation as high as £7.6 billion ($10.45 billion), which makes it one of London’s biggest IPOs in a decade.

Deliveroo was founded in 2013 by CEO Will Shu and former technology chief, Greg Orlowski. The idea for the company came when Shu struggled to find good takeaway food while working long hours as a banker in London.

However the firm’s work culture has garnered negative attention in the run-up to the highly anticipated IPO with big name investors and activists criticizing its reliance on the gig economy and questioning its underlying business model.

“What’s unusual is that it’s going public at such a high valuation, at the top range, and it hasn’t made a profit,” Susannah Streeter, investment analyst at Hargreaves Lansdown, told Insider. “If it has to change the working conditions for its riders, that’s going to eat into its profit forecast.”

Deliveroo’s riders are self-employed, which removes any legal obligation to offer workers benefits or minimum wage. Deliveroo and some riders argue this status offers them flexibility, others want workers rights.

A March 25 report from the Bureau of Investigative Journalism found one in three Deliveroo riders made on average less than the national minimum wage of £8.72 ($11.99) based on analysis of thousands of invoices from more than 300 riders.

This report combined with a high court ruling in the UK that confirmed Uber drivers should be treated as workers has made investors question Deliveroo’s business model and the employment status of its drivers.

Insider breaks down everything investors need to know about the IPO, from who’s making money, who’s shunning it and the dual-class share structure.

1. Who's backing Deliveroo and making money from the IPO 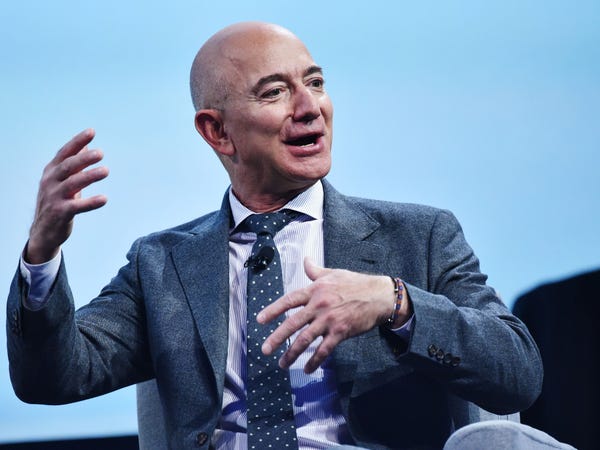 Insider provides a complete breakdown of early backers reducing their stake in the firm and how much they will make here.

Investment banking firms will also make money from the IPO through fees. The global coordinators are JP Morgan and Goldman Sachs, according to the prospectus. Jefferies, Bank of America, Citigroup and Numis are also involved in the listing. 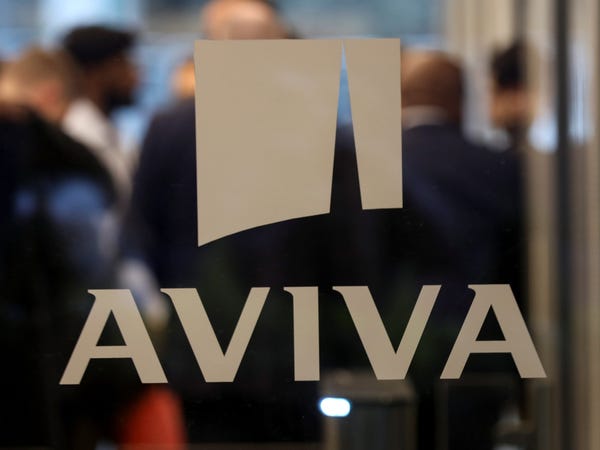 In the past week, several major UK asset managers have come out against the IPO and have said they will not be investing for reasons ranging from workers’ rights, lack of profitability and the company’s dual-class share structure.

Aviva, the British multinational insurance firm, was the first big investor to shun the IPO. The full list of investors against the IPO are below:

The chief strategist of UK asset manager Rathbones told Insider Deliveroo’s continued unprofitability made him wary of the company and none of the firm’s funds would be investing in the IPO.

EdenTree Investments told Insider in an email statement it will “not be investing in a business model which has little to commend for ESG investors, where the relationship between capital and labour is so asymmetrical.”

Despite the number of big name investors coming out against the IPO, a spokesperson told the Financial Times on March 25 Deliveroo had received significant demand from institutions across the globe and that the roadshow began on Monday and the deal was covered by demand across the full price range by the end of the first morning.

This was followed by a Reuters report on March 29 that Deliveroo has exceeded the full deal size, with books covered throughout the price range of between £3.90 and £4.60.

Yet just a few hours later, it was reported Deliveroo was narrowing its price range between £3.90 and £4.10 due to market volatility.

On March 30, the company announced it would be pricing shares at £3.90 giving the firm a market capitalization of £7.6 billion ($10.45 billion), around £1.3 billion less than the top end of its original expectations. 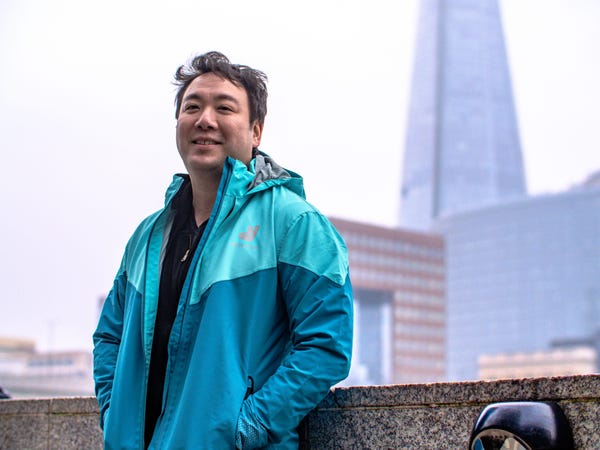 Some investors have been put off by Deliveroo’s unusual share structure. Founder and CEO, Will Shu gets class B shares, whereas everyone else gets class A shares.

This provides Shu with 57% control of the company. Deliveroo said this structure enables them to still take a long-term view, rather than be driven by short-term interests after listing.

A review by Lord Jonathan Hill in March recommended a range of reforms including a loosening of listing rules and the ability for the premium segment to use dual-class share structures, which lets founders hold on to extra voting rights after an IPO. This is a structure popular with silicon valley founders, such as Facebook founder Mark Zuckerberg.

The report and the endorsement of UK chancellor Rishi Sunak – the country’s finance minister –  is said to have convinced Deliveroo to IPO in London.

4. How to invest in the IPO 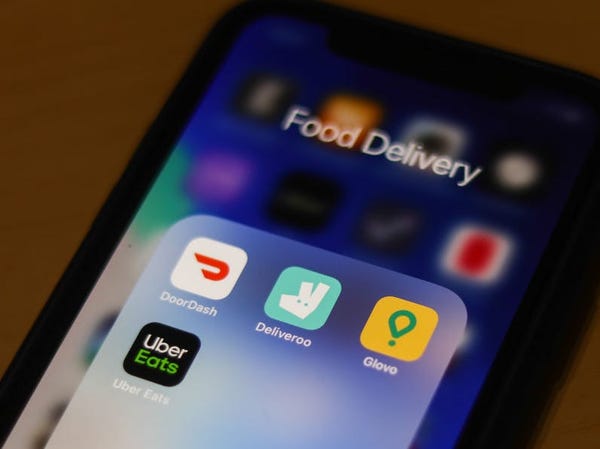 There are three ways for investors to access Deliveroo shares:

1) Through the Deliveroo app

Up until March 30, consumers with a Deliveroo account, who have placed at least one order for delivery and are based in the UK can apply for shares.

Deliveroo will conditionally list on the London Stock Exchange between March 31 and April 6.

During this time, only institutional investors will be able to buy shares.

The company can cancel the IPO and void any trades made during this time. If this happens, money will be returned to investors in the account from which they paid for the shares.

On April 7, Deliveroo officially floats on the London Stock Exchange under the ticker symbol ROO. At this point, all investors will be able to buy and sell shares through brokerage accounts. 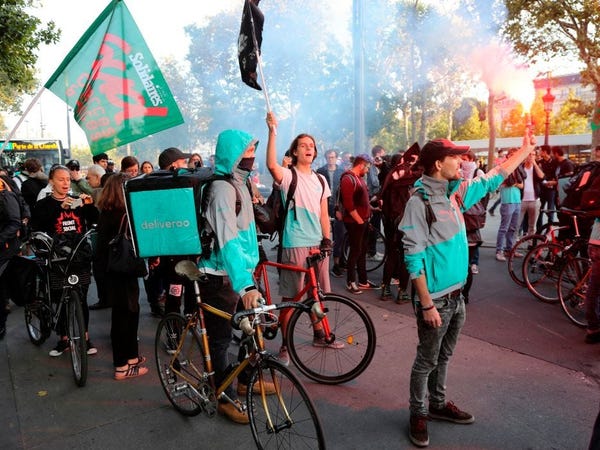 Some Deliveroo riders and organizations are using the IPO to draw attention to workers’ rights and asking investors not to support the company.

The Independent Workers of Great Britain union have strikes planned for April 7 to coincide with the IPO and have also provided a briefing document for investors.