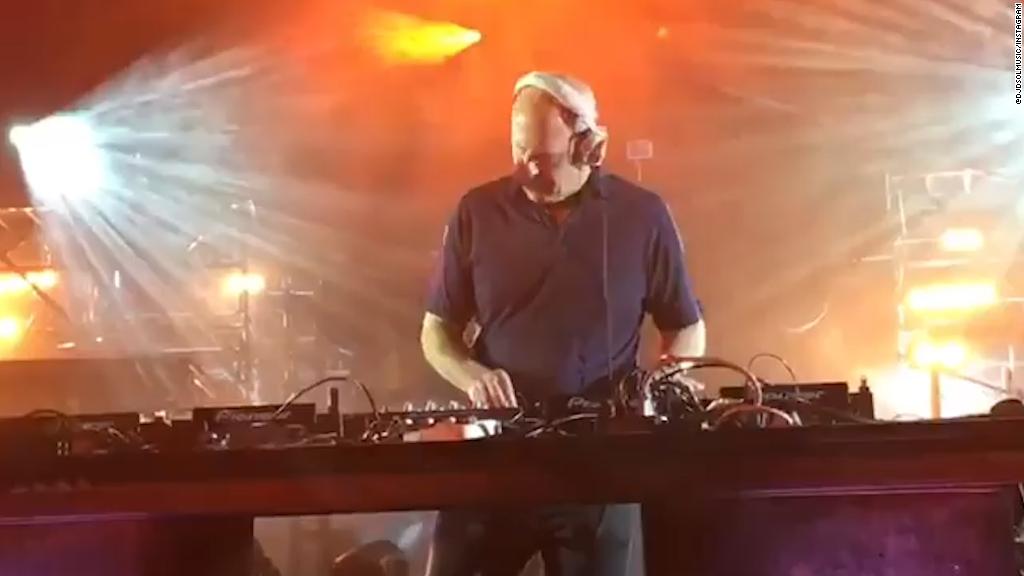 Goldman Sachs has officially named its next CEO, kicking off a new era at the powerful Wall Street bank.

David Solomon, the company’s president, will take over for Lloyd Blankfein as CEO starting in October, Goldman Sachs said Tuesday. Blankfein also step down as chairman at the end of the year and Solomon will take over that role beginning in 2019 as well.

“David is the right person to lead Goldman Sachs. He has demonstrated a proven ability to build and grow businesses, identified creative ways to enhance our culture and has put clients at the center of our strategy,” Blankfein said in a statement Tuesday.

“Through the talent of our people and the quality of our client franchise, Goldman Sachs is poised to realize the next stage of growth,” Blankfein added.

Solomon, 56, is in many ways a traditional pick.

He arrived at Goldman in 1999 after leading the investment banking division at Bear Stearns. Solomon then climbed through Goldman’s ranks, and he was selected to head up its investment banking unit for a decade beginning in 2006.

When Gary Cohn left Goldman to become President Trump’s chief economic adviser last year, Solomon was promoted to president along with CFO Harvey Schwartz. The two were believed to be competing internally for the top job before Schwartz announced his retirement in March, clearing the way for Solomon.

As chief executive, Solomon will inherit a bank that just reported a better-than-expected $2.3 billion profit for the second quarter, because of strong gains in its investment banking business.

Goldman Sachs’s revenue rose 19% from a year ago, to $9.4 billion. That also topped forecasts. Goldman Sachs said it was its best second quarter since the Great Recession was ending nine years ago.

Shares of Goldman Sachs (GS) rose slightly Tuesday morning. But the stock, a Dow component, is down nearly 10% this year.

Solomon will need to contend with lower revenue from Goldman’s trading desk, which collects client fees to buy and sell bonds, commodities and currencies.

The unit made up more than half of revenue in 2012, but it shrunk to a little over a third last year, as market calm and low interest rates pushed investors toward low-fee index funds and passive funds.

Goldman’s trading side has rebounded lately, but not because of stocks. Goldman Sachs said Tuesday that revenue from bond, currency and commodities trading surged 45% from a year ago.

Last year, Goldman released a plan to grow revenue by $5 billion by 2020, in part by bulking up other parts of its business.

Another challenge will be the recruitment and retention of top talent. Young professionals have in recent years favored Silicon Valley over Wall Street as tech companies lure college graduates with competitive pay and laid-back work environments.

“We’re finding that some of the best talent is no longer making Goldman Sachs or investment their first pick,” said Kenneth Leon, an analyst at CFRA Research. “They’re typically going to technology, or monolithic companies like Amazon.”

Goldman Sachs is still paying big bucks though. The bank said compensation expenses rose 7% in the second quarter from a year ago, to nearly $3.5 billion. That works out to an average of just over $91,000 per employee in just the past three months.

Solomon’s appointment marks the end of an era for Blankfein, who led Goldman Sachs through the financial crisis and the period of heightened financial regulation that followed.

“[Blankfein] was able to endure the biggest test in the firm’s history,” Leon said. “That in and of itself is an enormous achievement.”

Rivals Bank of America (BAC), JPMorgan Chase (JPM) and Citigroup (C) also reported earnings that surpassed estimates in the past few days — a sign that many businesses are still looking to borrow money, make acquisitions and sell stock despite concerns about a global trade war.