One of the founders of national vacuum cleaner retailer Godfreys, John Johnston, has passed away.

Mr Johnston turned 100 in July, just weeks after he and his family completed the successful takeover of the then publicly listed Godfreys, paying $13.7 million to return it to private ownership. 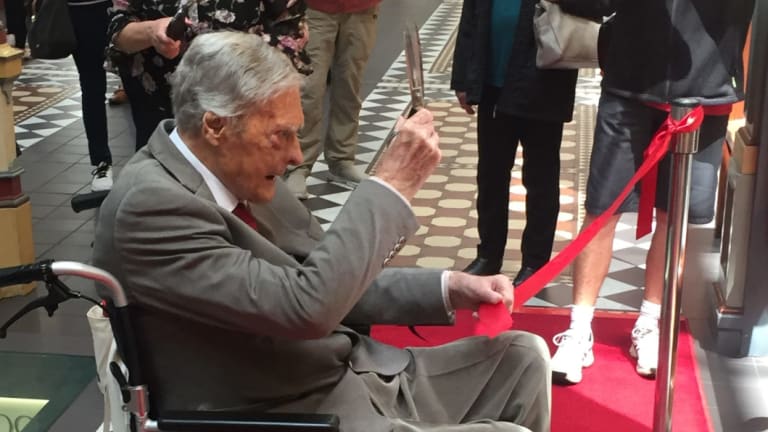 Mr Johnston joined Godfrey Cohen as a partner in 1936 when the vacuum chain had just one store in Melbourne.

At its peak, Godfreys was snapped up by private equity investors CCMP Capital Asia and Pacific Equity Partners (PEP) for about $300 million in 2006.

In recent years, the chain's fortunes have been failing, but Mr Johnston was seeking to revive the business after buying it back.

He was active until the end, opening a new Godfreys store in Adelaide in October.

Godfreys chief executive John Hardy said it was a sad day for the company, which has more than 220 stores across Australia and New Zealand and about 460 employees.

“He retained a close relationship with the company and this year led the action to buy back the company to ensure its long-term survival," he said.

“Mr Johnston was an outstanding businessman with an incredible vision, unrelenting drive and with an eye for the future."

Mr Hardy said the ownership of Godfreys would remain with the family and the company would continue to operate as normal.

“One of the reasons he bought back Godfreys this year was because he could see a great long-term future for the business under private ownership.”

He is survived by his daughter Jane.

'It's a scary situation': 7-Eleven store owner begs to be allowed to close at night