Continuing evidence to the Royal Commission into Misconduct in the Banking, Superannuation and Financial Services Industry suggests this pillar of our economy and society has been beset by termites.

In recent days, former High Court judge Kenneth Hayne’s probe has expanded the potential consequences for the banks; in some cases the wrongdoing has been so egregious it may have transgressed not only corporate statutes, but also criminal law. 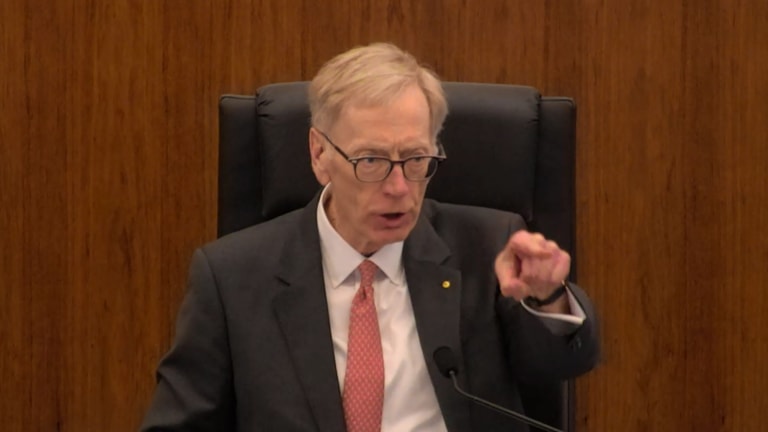 The community has a right to feel angry and alarmed by the evidence to an inquiry long resisted by the banks and by the government. Appalling behaviour so far revealed includes charging fees for no service, selling inappropriate products, fraud, lying to regulators, market rigging and concealing commissions. The full list is much longer. Widely published and broadcast testimony being prised from unwilling executives has devalued the banks’ most precious currency, the community’s trust.

The banks’ behaviour is the key problem, but the watchdogs are also on the commission’s agenda; the performance of the Australian Securities and Investments Commission and the Australian Prudential Regulation Authority is under scrutiny.

That is welcome, for there has long been widespread concern that the regulators have been ineffective. The investigation will help determine whether they might be failing to properly apply existing laws, or whether the laws need reforming – or both.

The discovery of termites, while disappointing, is unsurprising. But it does not at all mean the financial pillar will collapse. On the contrary, there is reason to believe the royal commission will lead to a buttressed banking and financial services industry.

The commission is due to deliver an interim report by the end of September. Its final report, due by the start of next February, can be expected to include an extensive list of recommendations.

Various parties are seeking to anticipate the wave of change and opprobrium set to hit the sector.
ASIC is talking much tougher under its new chief, and is suggesting embedding an ASIC agent in the executive suite of every big bank (a fraught idea). The banks are having a go at a new code of practice, and at damage control campaigns. Government bodies are advising on changes for the financial sector.

Treasurer Scott Morrison has gone from bank champion to bank basher, accusing the institutions of exploiting customers’ loyalty.
The banks have no excuse for dishonesty, illegality and abuses of clients. Greed and self-interest fuels the behaviour the royal commission is studying.

This is perhaps nowhere more evident than in the big banks’ business model of owning various layers of services companies, and sale teams that were rewarded for selling unsuspecting and trusting clients unneeded, expensive, internal products.

The banks know this ‘‘vertical integration’’ model is dead, and are dumping insurance and financial planning subsidiaries. This will be but part of the reform coming to a crucial sector it is reasonable to hope will be fully financially fumigated by a commission that was without doubt necessary.