Former Gov. Jindal: Every time AOC and 'squad' speak, Trump should thank them 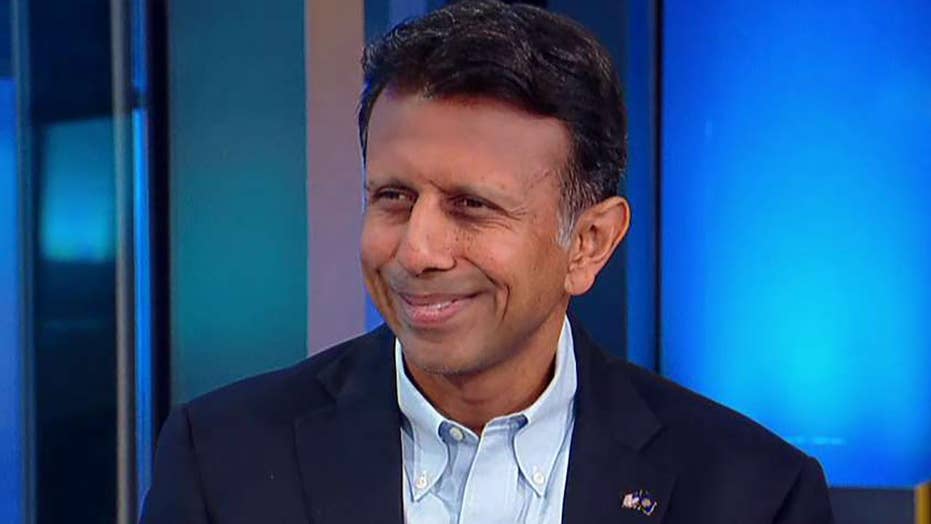 Bobby Jindal: What Democrats actually want to do to this country is crazy

Jindal joined "Fox & Friends" Thursday to discuss his new Wall Street Journal op-ed, in which he argued that voters in 2020 may be more turned off by 'Medicare-for-All' and the Green New Deal than by President Trump's rhetoric.

"The disruptive force of nature currently occupying the White House will eventually pass from the scene, and his unique mannerisms with him. The damage being done to the Democratic Party is much more substantial and will last longer," he wrote.

"While Mrs. Clinton made the mistake of telling voters how she actually felt when she labeled Trump supporters "deplorables," the Democratic Party is now embracing policies that vividly show how little they value these same blue-collar and rural workers, people of faith and gun owners. Now that's crazy."

Jindal followed up by telling the live Fox News studio audience that the Green New Deal in particular will not appeal to a majority of the country in 2020.

"AOC’s chief of staff said this wasn’t primarily about climate, this was about restructuring the entire economy,” he noted.

"Every time they speak or tweet, he should thank them," he joked, arguing that the "Democratic Party right now has been taken over by its radical base.

Catholic leaders call for Gov. Cuomo to be excommunicated for ‘flagrant celebration of pro-abortion bill’

Is It Time to Buy This Beaten-Down Chipmaker?
Politics News