Home » Markets » FED: Manufacturers in every corner of America are worried about Trump's tariffs

FED: Manufacturers in every corner of America are worried about Trump's tariffs 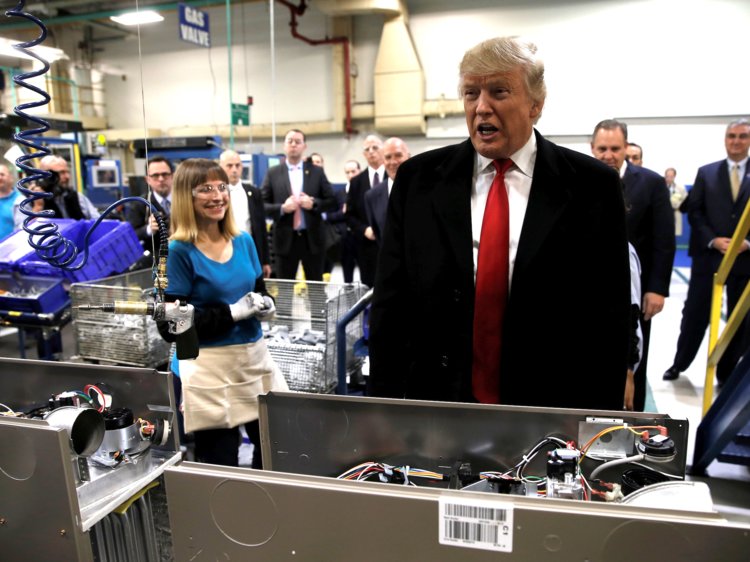 
The manufacturers most affected by US tariffs on imported goods are worried about their future, according to the Federal Reserve.

The Fed’s Beige Book, which compiles anecdotes on business activity from across its 12 districts, showed Wednesday that manufacturers in all districts expressed concern about tariffs. In many districts, manufacturers said US trade policy had driven up their costs and disrupted supply.

The US has this year entered into trade disputes with several economies including China, Mexico, Canada, and the European Union. Several companies, including Whirlpool, which first supported import taxes on washing machines, have also expressed concern that the administration’s goal of protecting US businesses from unfair trade practices may end up being harmful to them.

A can manufacturer in Maryland, faced with rising steel costs, told the Fed they expected to lose business to foreign competitors who were not faced with tariffs. Some of the Cleveland Fed’s contacts said there was a rush to buy metals in anticipation of more price increases.

In Congressional testimony on Tuesday, Fed Chairman Jerome Powell said a lengthy trade war that affects more goods “will be bad for our economy and for other economies too.”

“In general, countries that have remained open to trade, that haven’t erected barriers including tariffs, have grown faster, they have higher incomes, higher productivity,” Powell said.

Every district reported “modest” economic growth, according to the Fed’s Beige Book, which was compiled on or before July 9.