TOKYO (Reuters) – The dollar fell against the yen and the Swiss franc on Thursday after the first coronavirus infection of unknown origin was confirmed in the United States, adding to fears of a pandemic. 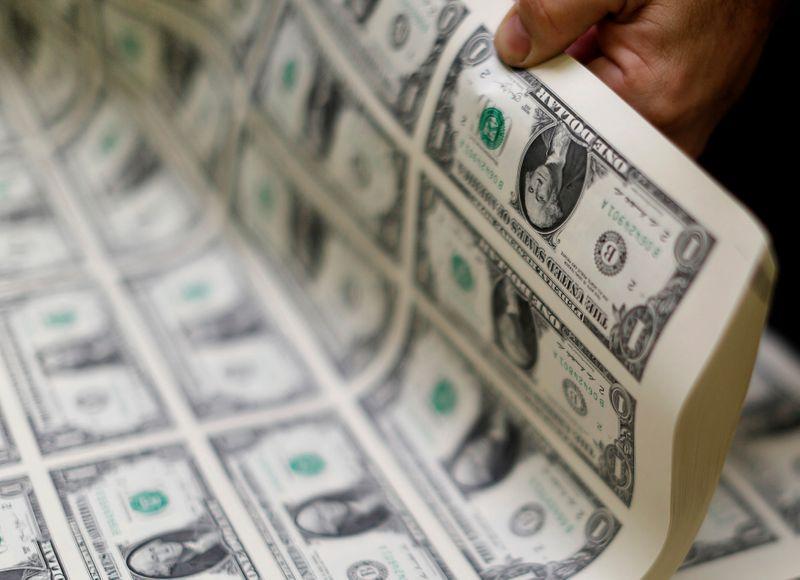 The dollar also fell from a three-month high versus the pound and declined versus the euro as 10-year U.S. Treasury yields crashed to a record low as concerns grew over whether the world’s largest economy was prepared for the epidemic.

Other currencies were locked in narrow ranges as traders nervously monitor the global spread of the coronavirus that emerged in China late last year.

New infections of the virus are now growing faster outside of China than within, stoking fears that the economic impact of travel curbs, supply chain disruptions, and falling demand might be far greater than previously anticipated.

“The dollar doesn’t look so safe if we are dealing with the spread of the virus in the United States,” said Yukio Ishizuki, foreign exchange strategist at Daiwa Securities in Tokyo.

“The are some concerns that the U.S. government is underestimating the coronavirus.”

The dollar also fell 0.35% to 0.9735 Swiss franc, a currency that is traditionally sought as a safe haven.

Benchmark 10-year U.S. Treasury yields slumped to a record low of 1.2970% in Asia on Thursday.

Treasuries have rallied recently, which traders initially attributed to safe-haven demand, but some investors now say these purchases are tied more to expectations for monetary easing as the global economy struggles.

The Centers for Disease Control and Prevention warned on Wednesday of the possibility of community spread after confirming a coronavirus infection in someone who had not travelled abroad or been exposed to a known carrier of the virus, a first for the country.

That brought the total number of cases in the United States to 15, according to the CDC, which is still a tiny fraction of the cases in China.

Investors in the dollar are also focused on the release of U.S. durable goods orders and gross domestic product data later on Thursday, which could test the greenback if the numbers disappoint expectations.

Efforts to contain the outbreak have paralysed large swathes of China’s economy, which are only slowly returning to normal. There are worries that other countries could face the same problem as the virus spreads around the world.

In the onshore market, the yuan held steady at 7.0184 against the dollar, getting some reprieve as the focus of the virus shifted to rising infections beyond China.

Chinese officials said the number of new deaths from the virus fell to the lowest since Jan. 28, but there is still a degree of uncertainty about the human toll from the epidemic in China.

Elsewhere in currency markets, South Korea’s won fell 0.4% to 1,217.45 per dollar after an increase in coronavirus infections in the country.

South Korea’s central bank kept its key interest rate unchanged on Thursday, defying expectations for a rate cut. South Korea has emerged as a global hot spot for the virus, and some investors say rate cuts are unavoidable.

The new round of talks between Britain and the EU is scheduled to start on Monday, but comments from both sides suggest their views on the scope of a fee-trade agreement differ greatly.

The euro rose 0.24% to $1.0902 as traders pondered how European officials would respond to a weakening economic outlook.

Germany’s government is considering suspending strict rules on the amount of debt it can raise, the finance ministry said on Wednesday, as it faces growing pressure to kick-start a sluggish economy by spending more.

Dollar has worst week of 2019, sterling off nine-month highs