Hyped Australian international payments ‘unicorn’ Airwallex has defended its approach to compliance amid revelations it was denied key banking services by two major lenders due to concerns about its adherence to anti-money laundering laws.

The Age and The Sydney Morning Herald can reveal the National Australia Bank cancelled transactional banking services for Airwallex’s customers in 2018. The fintech was later denied services by global banking giant Citigroup. 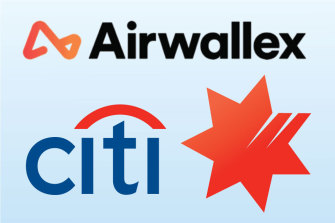 Airwallex was told by NAB the decision was part of a post-royal commission policy to limit exposure to low-revenue money services businesses. However, multiple sources with direct knowledge of the situation say the services were withdrawn due to red flags around Airwallex’s customers, suspicious transaction patterns and the abrupt exit of its head of compliance.

NAB continues to provide residual banking services to Airwallex’s Australian entity, including payroll and rental payments, but the termination of its services for customer transactions shocked management and sent the fintech into a “tailspin”, according to former Airwallex employees.

Founded in 2015 in a Melbourne cafe, Airwallex has quickly emerged as one of the nation’s most hyped fintech startups. It became the fastest company in Australia to reach ‘unicorn’ status – a private market valuation of $1 billion – in 2019. The company enables small businesses to quickly and cheaply send money to 130 countries in 23 currencies, according to its website.

It has raised $500 million so far from investors, including Seek co-founder and AFL board director Paul Bassat’s Square Peg Capital and the venture capital arm of ANZ Banking Group. Last month, it was valued at $3.3 billion following a private financing round.

NAB and Citi’s moves to distance themselves from Airwallex come amid heightened concerns within the big banks about compliance with strict money-laundering legislation. CBA and Westpac have been hit with major fines from the financial crimes watchdog AUSTRAC in recent years, the latter lost its former chief executive and chairman following systemic breaches of money laundering laws.

The Age and Herald do not suggest that Airwallex facilitated money laundering, only that there were concerns among other banks about its ability to comply with anti-money laundering laws.

A spokeswoman for Airwallex said “security and compliance is at the centre of each and every transaction” the firm is involved in.

“We are a highly regulated technology company, and our licence to operate globally hinges on our ability to uphold the highest of regulatory and compliance standards at all times,” she said. “We do not cut corners.”

Mr Bassat said Square Peg had been a shareholder in Airwallex since 2017 but did not have a seat on its board. “What I am happy to say is, in all of my interactions with the company, they have a very experienced and very robust compliance team,” he said.

Multiple sources with knowledge of the situation say Citi was concerned Airwallex wanted to do business with customers in countries under government sanctions. Airwallex has denied dealing with such customers and said it is still seeking to establish a business relationship with Citi. “There is no instance of Citigroup ‘rejecting’ Airwallex over any concerns. We are in ongoing dialogue with Citi.”

One former NAB insider, who spoke on the condition of anonymity because the bank’s dealings with Airwallex were confidential, said NAB believed the payments firm was “doing transactions that one could not explain”.

Airwallex’s accounts had triggered “a number of alerts” in its anti-money laundering department and customers appeared to send rapid payments between accounts, known as “roundtripping”, to inflate their business’ valuation.

“Basically it was significant enough for the bank to decide it warranted an immediate exit,” the source said.

An Airwallex spokeswoman said it was “not aware of any concerns from NAB regarding payment transfers”. However, banking sources have said terminations are often not explained to prevent companies from changing their approach to evade regulators.

Airwallex said it has more than 40 global banking partners and said each “conducts [a] detailed review of our policies and procedures and ensures that we are fully compliant” with anti-money laundering and other laws.

The Age and Herald has spoken to more than 20 former Airwallex employees, many of whom claim the firm has pursued a “grow at all costs” strategy, where customer acquisition and retention are routinely prioritised over thorough due diligence and suspicious payments are often either ignored or downplayed.

A spokeswoman for Airwallex rejected these claims, saying “it does not represent the way we conduct our business”, adding there were systems in place to detect and review unusual or suspicious transactions.

“We stress that our compliance program has been reviewed by regulators all over the world, audited and confirmed by reputable international firms and is in line with the best industry practice.”

Both NAB and Citi subsequently approached Airwallex in 2020 for potential business opportunities. NAB was exploring ways to improve its foreign exchange products and interviewed at least six providers. NAB terminated discussions with Airwallex in October after determining its offer was not sufficient.

Citigroup also made inquiries with Airwallex about offering a service but this has not resulted in any business between the parties.

A concise wrap of the day on the markets, breaking business news and expert opinion delivered to your inbox each afternoon. Sign up  Here.