Home » Markets » Dealmaker: The man who picks up the phone when the richest Russians call

Dealmaker: The man who picks up the phone when the richest Russians call

The Dilbar is a maritime exercise in excess. Commissioned by Russian billionaire Alisher Usmanov, the largest super-yacht in the world boasts four cascading balconies, two helipads and the biggest interior pool of its kind. German shipyard Lürssen calls it one of the most challenging yachts it ever completed.

Paying for the floating palace, estimated to have cost more than $US600 million ($836 million), required similar scale. The 512-foot behemoth was financed with the help of a $US300 million loan by Credit Suisse, engineered by a man who spent the last two decades turning himself into the go-to banker for the wealthiest Russians: Babak Dastmaltschi. 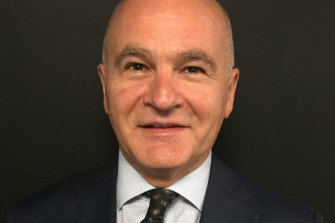 A spokesman for Usmanov disputed the size of the loan, saying it was about half that amount and intended for “operational purposes” of a trust that owns the ship, among other assets, adding that it was offered five years after the yacht was commissioned.

The 62-year-old banker drove a profitable niche for Credit Suisse tending to the needs of the super-affluent: At its peak, the Swiss lender managed more than $US60 billion belonging to rich Russians, regularly bringing in $US500 million to $US600 million in revenues per year, said people familiar with the matter, who asked not to be identified discussing private information. Aside from Usmanov, other tycoons who worked with Dastmaltschi included Roman Abramovich, Viktor Vekselberg, Oleg Deripaska, Andrey Melnichenko and Mikhail Fridman, they said.

“Credit Suisse has had a very proactive approach to recruiting rich Russians, using their connections with the Russian elite,” said Kern Alexander, the chair of law and finance at the University of Zurich.

Now that long, lucrative run has come to a sudden standstill. Russia’s invasion of Ukraine in February has turned Usmanov and dozens of other rich Russians into economic pariahs. Many have been sanctioned by the European Union and the UK, with various assets — from property to football clubs to luxury yachts — seized by authorities. That’s left the bank’s Russia desk with little business other than recurring fees from managing cash trapped in frozen accounts.

It amounts to a notable hit to Credit Suisse’s key wealth business just as the firm embarks on a strategic revamp aimed at moving past years of scandals and poor risk management. The new strategy calls for leaning even more on catering to the rich and less on the volatile business of trading, where revenues fell by half in the first quarter.

For Credit Suisse, already struggling to turn a page on scandals that have cost it billions of dollars and incalculable reputational damage, losing a business that rivalled its Middle East presence is yet another pothole in the road to recovery. Complicating matters for the bank and the rainmaker, they find themselves enmeshed in a separate costly legal case involving a rogue banker and transactions tied to wealthy clients — one that shows no signs of ending soon.

The once lucrative financing of private company or yacht purchases has completely evaporated.

This story is based on interviews with people close to Dastmaltschi and his work at Credit Suisse, who spoke on condition of anonymity discussing private matters. When reached by email, Dastmaltschi referred requests for an interview to Credit Suisse.

Credit Suisse is by no means the only bank that sought business from rich Russians, but it does stand out for the size of its exposure. The lender says about $US33 billion of the private wealth it manages belongs to rich Russian individuals. That’s 50 per cent more than UBS Group AG, despite its crosstown rival having a much bigger overall wealth business. 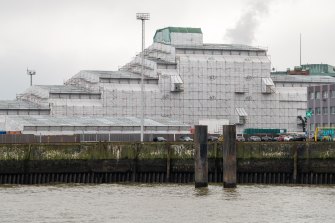 Babak Dastmaltschi helped Russian billionaire Alisher Usmanov organise financing for his $US600 million super yacht The Dilbar. It has been impounded by German authorities.Credit:Bloomberg

As the business catering to wealthy Russians has taken a hit, some of the 70 or so employees on the desk are now busy helping the overstretched compliance teams keep tabs on which client assets are subject to sanctions. But the bulk have been relocated to areas focusing on other clients in cities including London and Zurich, while others have been let go, according to people familiar with the departures.

For his part, Dastmaltschi has pivoted his entire focus to clients in the Middle East and Western Europe, working alongside investment bank chief Christian Meissner, to bring deals to the bank’s capital markets team.

Credit Suisse entered Russia soon after the collapse of the Soviet Union, an early foray that gave it an edge in the chaotic gold-rush era that helped a small group of Russians — often referred to as oligarchs — build vast fortunes. And while other firms also have bankers working with rich Russians, Dastmaltschi set himself apart as the go-to troubleshooter for the wealthiest clients from the region.

He’s been friendly with Usmanov for many years, helping the Uzbek-Russian tycoon finance his vast holdings, which include a widebody Airbus A340 jet that normally accommodates more than 300 passengers, a global property portfolio and until recently a major stake in London football club Arsenal FC.

Whenever the giant Dilbar moored in Monaco for the annual Yacht Show, Dastmaltschi would often spend time on board to hobnob with Usmanov and his entourage — all the while booking a hotel room in the principality to adhere to company policy, people familiar with the matter said.

Dastmaltschi’s origins are a long way from Monaco’s billionaire bay, or indeed Zurich’s monied Bahnhofstrasse, home to Credit Suisse and UBS. He grew up in Tehran and studied in the US, earning a Bachelors degree in economics from George Washington University. Dastmaltschi began his career at McKinsey in Washington, before doing stints in New York and Germany. He later jumped ship to Morgan Stanley Dean Witter, rising to head the US bank’s private wealth business in Germany.

In 2001, he moved to Credit Suisse to head a newly created global family office, where the price of admission is at least 50 million euros in assets. That put him in pole position when the newly-minted elite from Russia came pouring into Switzerland in the years that followed.

Besides Usmanov, Dastmaltschi worked with Roman Abramovich, who requested the Credit Suisse banker help him with an — ultimately unsuccessful — bid for residence in the exclusive Swiss ski resort of Verbier, people familiar with the matter said.

Dastmaltschi also came to the rescue for Viktor Vekselberg to help shore up a portfolio of Swiss industrials when his main bank in Switzerland, UBS, was undergoing a state bailout during the 2008 financial crisis, the people said. As a result, the Russian shifted more of his wealth over to Credit Suisse. 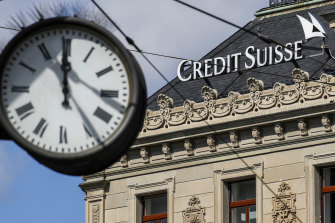 For Credit Suisse, already struggling to turn a page on scandals that have cost it billions of dollars and incalculable reputational damage, losing a business that rivalled its Middle East presence is yet another pothole in the road to recovery.Credit:Bloomberg

While well-versed in German (he was born to an Austrian mother), as well as English, Dastmaltschi doesn’t speak fluent Russian. For some Russian clients, that was a plus because the language barrier kept him one step removed from the Moscow clique and gossip.

Among colleagues, Dastmaltschi earned a reputation as a private banker able to both charm clients and manage complex demands for financing purchases of large yachts and private jets. His big-ticket items would contribute significantly to the wealth division meeting its revenue and net new asset goals, people with knowledge of the desk’s performance said.

But then in 2014 the Russia desk ran into serious trouble when Russia annexed Crimea, setting off a first wave of sanctions from Europe and the US. Compliance and know-your-customer rules were already becoming much tougher and the oligarchs who’d gotten rich under Presidents Boris Yeltsin and Vladimir Putin were becoming a liability for the bank, even if the government restrictions imposed that year were still relatively narrow in scope.

The bank withdrew from some relationships, including one with Suleyman Kerimov after a public tax dispute in France related to his properties on the French Riviera, people familiar with the matter said.

Then in February, Putin’s invasion of Ukraine and the waves of fresh sanctions brought the Russia desk crashing to a halt. Hundreds of millions of client assets were frozen, and bankers raced to unwind loans out to others who might be next on the ever-expanding sanctions list.

“You basically can’t touch them,” Credit Suisse chief executive officer Thomas Gottstein said on a call to discuss earnings last month. “We do not really have any new business with Russian clients at all.”

As a result, revenue from trading and lending is expected to plummet to almost zero. The once lucrative financing of private company or yacht purchases has completely evaporated.

Compounding matters for the bank, the imploding Russian business isn’t the only major hurdle looming that involves the banker.

Dastmaltschi’s deep ties to the region have drawn him into an investigation by Geneva prosecutors into whether Credit Suisse should be held criminally responsible for a fraud perpetrated by former star banker-turned-felon Patrice Lescaudron, who was convicted in 2018 for faking trades and other transactions, many tied to Russian clients. 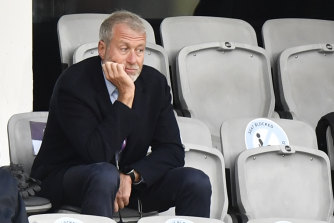 Former Chelsea owner Roman Abramovich was another of Dalbatschi’s clients.Credit:AP

Credit Suisse said Lescaudron “was not supported by any other employee of Credit Suisse in his criminal activities.” Dastmaltschi, who has never been named a suspect in the Lescaudron case, helped oversee the Frenchman’s clients. He has been interviewed twice by prosecutors in recent months, to provide information about what he knew of Lescaudron when the latter was managing money for Georgian billionaire Bidzina Ivanishvili.

“Whenever Credit Suisse receives indications of possible misuse of an account for illicit activities, we initiate the necessary steps in accordance with applicable laws and regulations,” the bank said in its statement.

The senior banker was criticised in a related judgment in Bermuda for not disclosing the extent of his knowledge of Lescaudron’s early wrongdoing, according to a copy of the March ruling. The judge in Bermuda assessed Ivanishvili’s losses at the hands of Credit Suisse at more than $US550 million, and ruled that its life insurance company turned a “blind eye” to the behaviour of the rogue banker. The Bermuda case prompted Credit Suisse to issue a profit warning in April, exacerbated by a writedown of roughly $US200 million on the bank’s Russia-related exposure.

In the Lescaudron case, an indictment of the bank for failing to take all measures required to prevent a felony is a real possibility, people familiar with the investigation say, which would bring a trial in Geneva and the prospect of Dastmaltschi being called to testify. Credit Suisse said neither the criminal proceedings against Lescaudron, nor any other investigations “so far reveal any facts that would support the criminal complaints against the bank.”

And what happens to the man who routinely answered the phone when oligarchs came calling? Sanction rules prevent Dastmaltschi from doing business with the likes of Usmanov and Vekselberg. For the last 10 years or so, Dastmaltschi has been responsible for the top clients across all of EMEA. As a dealmaker for the world’s wealthiest, he runs an elite team that looks after what Credit Suisse calls “entrepreneurial high net worth clients.”

The Dilbar, meanwhile, is immobilised in distinctly unglamorous surroundings. Covered in white tarpaulin in a Hamburg dry dock, the giant vessel has been impounded by German authorities. At this point, it looks unlikely that the ship will make an appearance at this year’s Monaco Yacht Show in September to welcome Dastmaltschi — or anyone else — on board again.