Home » Markets » Condoleezza Rice: John Bolton understands that he, not Trump, had to go

Condoleezza Rice: John Bolton understands that he, not Trump, had to go 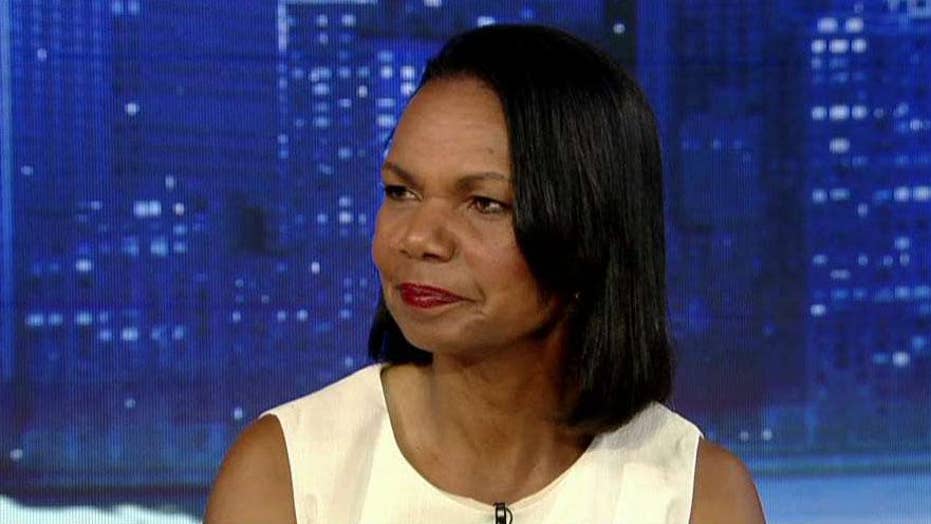 Condoleezza Rice: The president and national security adviser need to be on the same page

Former Secretary of State Condoleeza Rice weighed in Tuesday on the exit of National Security Adviser John Bolton from the Trump administration, saying that in the end, Bolton had to have known he would have to "go" if he and the president weren't on the same page.

President Trump said he fired Bolton Tuesday, although Bolton claimed he offered and then tendered his resignation.

Rice, who was national security adviser during the George W. Bush administration and worked with Bolton prior to being named secretary of state, praised his intellect but also noted that he could be "sharp in his views."

"I do think that there's been a kind of long-simmering disagreement between John and perhaps the president, perhaps others in the administration," Rice said.

Rice praised the president for canceling a recently planned Camp David meeting with the Taliban.

"I'm glad he made that decision because I think the Taliban have come to the conclusion that we wanted an agreement more than they did," Rice said.

The former secretary of state also warned about a possible pullout of Afghanistan.

"I don't think any of us would take back the decisions to provide that stabilizing force and I understand that people want the war in Afghanistan to end," Rice said. "But if we can end it in a way so that perhaps the military can tell the president that there is a sustainable presence for some period of time until the Afghans can defend themselves."

Rice added, "We don't want to turn our backs on the Afghan people and we certainly don't want to be in the position that we were 18 years ago tomorrow."