New York (CNN Business)A parade of high-profile companies, including Coinbase, Bumble, Oatly, SoFi and Roblox, made their stock market debuts in the first half of 2021. The second half of the year could bring even more buzzy unicorns to Wall Street.

But make no mistake — the most eagerly awaited IPO is undoubtedly Robinhood, especially given the criticism from some who think the company is partly responsible for “gamifying” investing, a phenomenon seen with the rise of meme stocks like AMC (AMC).

“Robinhood might pave the way for a more active IPO market in the second half of the year,” said Phil Haslett, co-founder and chief revenue officer of EquityZen, a firm that lets investors and employees of private companies sell shares before they trade on Wall Street.

Haslett said the success of Oatly, as well as plant-based protein company Beyond Meat (BYND), could lead to more debuts from alternative food firms such as Impossible. Many of these firms will go public through a traditional initial public offering, still the most popular way for private companies to sell shares.
More than 200 IPOs have started trading this year, according to research firm Renaissance Capital. That’s up more than 200% from a year ago, when the markets were largely frozen shut due to the Covid-19 pandemic. It’s also significantly higher than the 80 IPOs from the first half of 2019.
The class of 2021 IPOs have collectively raised about $80 billion so far as well, a surge of nearly 250% from this time last year and up sharply from the $30 billion raised by IPOs in the first six months of 2019.

More direct listings and SPACs on the horizon

Experts say that more companies will consider selling existing shares directly to investors, as Coinbase and Roblox did, instead of offering new stock the old-fashioned way with an IPO.
Blank check mergers with special purpose acquisition companies, or SPACs, are likely to remain popular as well. That’s how SoFi, Clover Health and Hims & Hers Health went public this year.
“The range of ways to go public has changed forever,” said Kelly Rodriques, CEO of Forge, another company that lets people sell shares of private companies. “There is more flexibility now with direct listings and SPACs.” 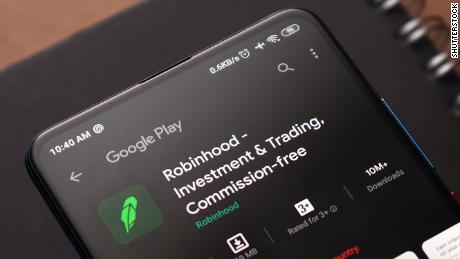 SPACs in particular often allow private companies to raise more money than a regular stock sale. Merging with an already existing public firm also can help give a private company instant credibility on Wall Street.
“Going the SPAC route for us was a pretty exciting decision,” said Stephan Scholl, CEO of Alight, a corporate benefits management firm that went public that way earlier this year, raising about $2.7 billion.
“The sheer volume and size of the deal would have been more challenging as an IPO,” Scholl said. “But it allowed us to reduce our debt and accelerate our growth agenda.”
Scholl added that another plus of its SPAC deal is that it allowed Alight to merge with a blank check firm run by Bill Foley, an entrepreneur who helped build Fidelity National Financial (FNF) into a title insurance giant and now also owns the Vegas Golden Knights hockey team. Foley is Alight’s chairman.
Carl Daikeler, CEO of online fitness company Beachbody, which also went pubic through a SPAC this year, agrees that a merger boosted his own firm’s credibility, too. He said the opportunity to work with top media executives was one reason why a blank check merger was more attractive than an IPO.
Beachbody merged with a SPAC led by former Disney (DIS) executives Tom Staggs and Kevin Mayer. They are now both on Beachbody’s board. (Mayer also was briefly CEO of TikTok before he abruptly left last year.)

IPOs not going away anytime soon

But not all companies think that the traditional IPO is dead.
“An IPO was helpful for us commercially because customers we work with are more aware of us,” said John Hall, CEO of Intapp, a cloud software firm focusing on deal making products for private equity, venture capitalists, accountants, investment banks and other financial services companies.
“We considered alternatives like a SPAC or direct listing, but an IPO was a fantastic marketing event as well as a good financial one,” he said. 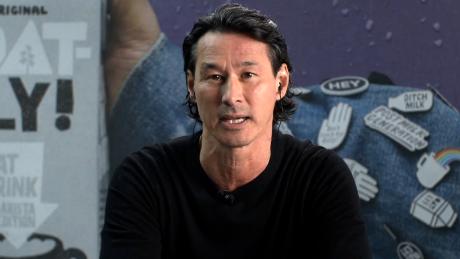 An IPO can also make it easier for some companies to allow customers and employees to get shares before the company begins trading.
Jeff Tangney, CEO of Doximity, a social network for doctors that’s a mashup of LinkedIn and Bloomberg for medical professionals, said his firm was able to allocate shares to doctors at the IPO price.
That meant they could enjoy the gains after Doximity doubled on its first day or trading.
“We’re all about physicians first. It drives everything we do and the more than 10,000 members who got the stock at the offering price are pleased with the performance,” Tangney said.
So while some startups are shunning the traditional IPO process in favor of a SPAC or direct listing, the IPO market is still here to stay.
Almost. There’s one notable way the second half of 2021 might look different for IPOs.
After the disastrous debut of Chinese ridesharing company Didi, expect fewer Chinese companies to go public on the New York Stock Exchange or Nasdaq. Didi stock plunged in the aftermath of a post-IPO crackdown on the company by Beijing regulators.

“We’re watching China carefully,” said Forge’s Rodriques. “It’s still too soon to tell what’s next, but as more global unicorns emerge, they can be a boon for their local economies.”
One possibility: more Chinese companies may choose to go public in Hong Kong instead of New York.
Source: Read Full Article