The Commonwealth Bank is cutting fixed interest rates in an attempt to sustain its strong momentum in the crucial mortgage market after a dominant performance in home lending this week helped drive its share price to near five-year highs.

As banks look to capitalise on rising property prices, CBA on Friday took the knife to its fixed rates, with the biggest cuts of 0.5 percentage points aimed at property investors. 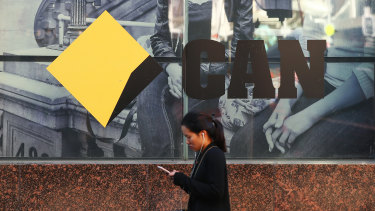 Macquarie says CBA could be forced to cut its dividend. Credit:Bloomberg

The cuts, which were predicted to spark a response from rivals, come as CBA has been blitzing its key competitors in the home loan market, which was a key driver of the bank's better-than-expected $4.5 billion half-year profit this week.

Investor optimism towards CBA on Friday pushed its share price to a near five-year high above $90, but many analysts are sceptical it is over-valued, with Jefferies' Brian Johnson on Friday calling the stock "ridiculously expensive".

CBA on Friday cut fixed rates for investors by between 0.25 and 0.5 percentage points across all terms, while it also cut some of its owner-occupier rates by 0.1 to 0.3 percentage points. A spokesman said the bank sought to deliver competitive products for its customers, "while maintaining our prudent lending standards."

Finance expert at Canstar, Steve Mickenbecker, said the rate cuts signalled a push into the property investor market for CBA, and rivals were likely to respond to CBA's rate cuts and its recent market share gains with their own pricing changes. "They've got to wrest some of that market share back from CBA – they cannot let that happen," he said.

CBA’s strong growth in mortgages was a highlight of its profit result this week, with mortgage growth at 1.5 times the industry average. But the bank cautioned it was unlikely to continue growing at this pace, and there is also a concern among many bank-watchers that its share price is over-inflated. None of the 11 analysts covered by Bloomberg data have a "buy" recommendation on CBA and only three have a "hold."

Mr Johnson said CBA shares had risen because of a wider run-up in share prices, and he thought the bank had become "ridiculously expensive." "The market looks expensive and there are two really big stocks which people are afraid to sell, which are CBA and CSL," Mr Johnson said.

Morningstar analyst Nathan Zaia said CBA had benefited from other banks' "hiccups" in mortgage lending, but it was "only a matter of time until they [rivals] get things heading in the right direction again."

Bell Potter analyst TS Lim, who has a "hold" on CBA, said the bank's share price deserved a premium because of its leadership over rivals in technology. "To some people it's expensive, but you're paying for quality," he said.

CBA to launch Apple Pay in the new year, giving up its opposition