Commonwealth Bank chief executive Matt Comyn has vowed to step up the bank's efforts to improve its culture, governance, and treatment of customers as it sets about making changes in response to the royal commission.

Appearing before the House of Representatives banking inquiry in Canberra, Mr Comyn provided fresh details on the bank's response to the Hayne royal commission into misconduct in banking and financial services.

He also confirmed the bank had paid $1.4 billion in remediation over the past five years, and this amount had been paid by shareholders. Any further requirement on banks to pay out more compensation would also be worn by shareholders, Mr Comyn said in response to a question from committee chair Tim Wilson. 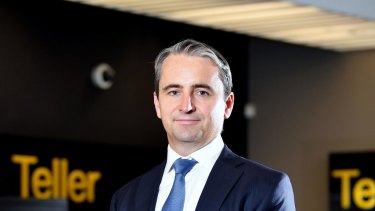 In the first appearance by a bank CEO in this round of hearings, Mr Comyn listed changes that had been put in place to focus more on customers. These included removing penalty interest for drought-stricken farmers, new features to help customers pay off credit card debt more quickly, and a review of past customer disputes.

"These are just some of the actions we have been taking – and this year we are accelerating the pace of change, to deliver improvements to the way we serve our customers each and every week," he said.

Another key focus for the bank is changing how it deals with remediation – compensating customers for past mistakes or misconduct. Mr Comyn said the bank was trying to "identify systemic issues earlier" and make sure it addresses the "root cause."

After the royal commission delivered its final report last month, Mr Comyn said the inquiry had been “very difficult and confronting” for the bank. He said the recommendations were “appropriate” and they would lead to an “enormous amount of work”.

Deputy CEO David Cohen, who appeared alongside Mr Comyn, will chair a CBA taskforce to implement the royal commission's recommendations.

In an update to investors, the bank also set out its detailed responses to individual recommendations of the Hayne royal commission. CBA supported the vast bulk of the recommendations, and said it had started implementing some of them.

One of the commission's more contentious recommendations was for a shake-up of mortgage broker pay, with a call for customers to pay an up-front fee instead of banks paying brokers a commission. CBA, which has been a key backer of such a change, said it supported changes that would lead to "good customer outcomes" and it would work "constructively" with the industry.

It did not explicitly support the commission's call for the banking industry's definition of small business to be cut from businesses with $3 million in credit exposure to loans of less than $5 million.