LONDON (Reuters) – Britain is on course to be able to lift most remaining COVID-19 restrictions on July 19, Prime Minister Boris Johnson said on Monday, in his most confident statement yet that what has been dubbed “Freedom Day” will take place as planned.

Johnson, whose government is again under fire after the resignation of his health minister Matt Hancock for breaking the restrictions, had hoped to unlock Britain’s economy last week.

But with coronavirus cases rising, driven largely by the more transmissible Delta variant, the government postponed the date until July 19.

“With every day that goes by it’s clearer to me and all our scientific advisers that we’re very likely to be in a position on July 19 to say that really is the terminus and we can go back to life as it was before COVID as far as possible,” Johnson told reporters.

Hancock’s replacement, Sajid Javid, said on Monday he wanted the restrictions to be lifted as soon as possible.

Hancock had been forced to resign after the Sun tabloid published pictures of him kissing and embracing an aide in his office at a time when it was against the rules for people to have intimate contact with a person outside their household.

Johnson initially said on Friday that he considered the matter closed after Hancock publicly apologised, and on Saturday said he was sorry to have to receive the resignation letter.

“I read the story on Friday and we’ve got a new health secretary in post on Saturday – and I think that’s about the right pace to proceed in a pandemic,” he said. 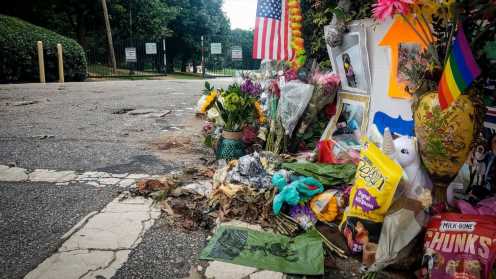 Atlanta mayor: 'Monster' who killed parkgoer must be caught