Home » Markets » Big five?: The millionaires’ factory might be forcing its way into an exclusive club

Big five?: The millionaires’ factory might be forcing its way into an exclusive club

There’s a changing of the guard underway in Australia’s banking industry – at least in terms of what investors think our biggest banks are worth.

Macquarie Group recently overtook ANZ Bank to become the nation’s fourth-largest bank by market capitalisation, and it wouldn’t take a dramatic change for Macquarie to also knock Westpac off its perch in third place. 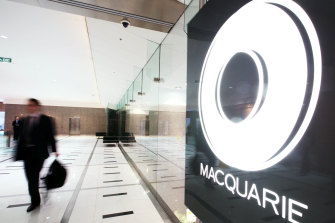 Macquarie shares have surged almost 50 per cent in the past year.Credit:Bloomberg

On Tuesday’s closing prices, Macquarie’s market capitalisation of $77.5 billion was ahead of ANZ’s $75.4 billion, and it was only a couple of billion dollars behind Westpac, at $79.5 billion.

The shift reflects a surge in Macquarie shares of almost 50 per cent in the past year to more than $200, compared with ANZ’s rise of 19 per cent.

It is an interesting symbolic change, when you consider the dominant market positions in mortgages and deposits enjoyed by the big four: ANZ, Commonwealth Bank, National Australia Bank and Westpac.

While that dominance is not under threat from Macquarie, which makes most of its money outside retail banking, its rise illustrates the market’s upbeat views on its growth prospects, coming as the big four face a more subdued outlook.

Even so, measured on raw profits alone, Macquarie is a far smaller business than the traditional big four. Its profits for the last financial year were a tad above $3 billion, half of what ANZ made. So, why does the market think Macquarie is worth more?

Share prices reflect the future, and Macquarie, also known as the “millionaires’ factory”, has a reputation among investors for being a master of reinvention.

While it’s known as investment bank, it now makes the bulk of its profits from asset management – especially infrastructure assets such as toll roads or power stations.

As interest rates have fallen to record lows, pension funds have been scrambling to invest in these assets, inflating their prices. At the same time, Macquarie is seeking to cash in on a massive wave of investment into renewable energy, as the world tries to slash carbon emissions. 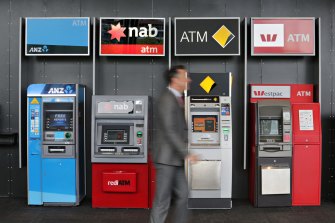 Is it time to expand Australia’s big four? Credit:Paul Rovere

Jefferies banking analyst Brian Johnson argues the bank has positioned itself for “megatrends” including climate change and technological change, and these bets have paid off.

“Macquarie have a much longer-term horizon, and they are in the right spots,” he says.

Portfolio manager at Opal Capital Management, Omkar Joshi, says the surge in Macquarie’s share price reflects the bank’s track-record in hunting down new business opportunities in recent years – at the same time as the big four have faced a soft outlook for earnings growth.

“Macquarie’s earnings have been going from strength to strength, and the share price has been following that,” Joshi says.

The big four, meanwhile, have in recent years retreated to their bread and butter of retail and commercial banking, while selling peripheral businesses in wealth management and overseas.

Home loans can be highly profitable – and indeed Macquarie has been growing rapidly in Australian mortgages. But the big four banks’ businesses are heavily influenced by the domestic economy: the pace of credit growth, and whether unemployment is enough of a problem to cause widespread bad debts. While house prices and mortgages have surged this year, there is a growing expectation the boom will cool down in 2022.

So, should it be the big five, instead of the big four?

It still makes sense to group NAB, ANZ, Westpac and CBA together because they have very similar businesses, they still enjoy a dominant position in the core retail banking market, and they are influenced by the same market conditions.

Macquarie is a different beast as a business. But in the market’s opinion, it is roughly as valuable as a couple of the traditional big four.