The FTSE 100, the UK stock index that tracks the biggest 100 companies on the London Stock Exchange, was one of the worst-performing major indexes in Europe in September.

UK assets were hit hard due to a surge in COVID-19 cases in Britain, along with tighter restrictions on movement and renewed concerns over Brexit.

However Barclays, the British investment bank, still sees opportunities within the UK.

Until last month, the bank had an underweight rating on the UK but this has now switched to medium-weight.

In an October 8 research note, the bank acknowledged that the uncertainty of Brexit combined with "waning" fiscal support could leave the UK with slower recovery. However, with the UK being a foreign exchange sensitive market, the pound is likely to be choppier due to uncertainty around Brexit, which could help with the FTSE 100's poor performance and create opportunities for investors.

"The [UK] region is under owned, cheap and the rebound in commodity prices helps earnings, but the index is highly defensive, which is unappealing to us at this stage of the cycle," said Barclays' equity analyst, Richard Taylor, in the note. "Within the UK, we prefer exporters over domestics."

Many of the heaviest weights in the FTSE are internationally focused, such as miners Anglo American, Glencore and BHP Group, or oil and gas producers such as Shell or BP, and conglomerates such as Unilever and BAE Systems.

Read More: Betting against the FTSE 100 netted traders £418 million in September. These are the top 5 most and least profitable short sells last month

The preference for exporters versus domestics comes from the fact exporters could be supported by a softer pound, whereas domestic focused companies could face bigger headwinds, Taylor said. The pound has lost almost 8% against the euro this year, and nearly 2% against the dollar. 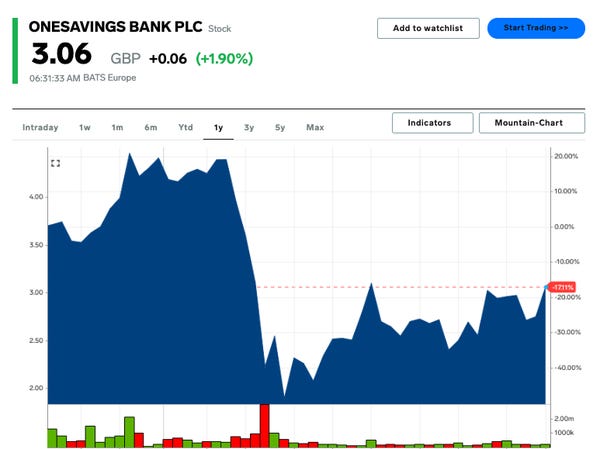 Catalyst: Barclays' equity analyst, Aman Rakkar, said in the report, he expects a third quarter update on November 12 to result in a multi-quarter earnings upgrade cycle. The trading update "should confirm strong loan growth in 2020 with a strong pipeline into year-end of 2021." 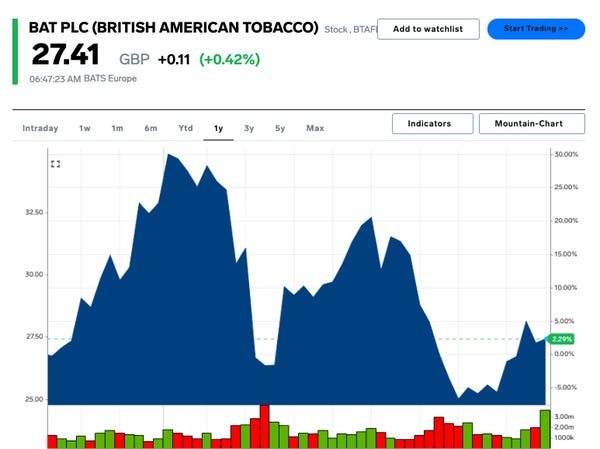 Catalyst:  The US elections on November 3 is expected to be a catalyst for the British American Tobacco Company, said Barclays' equity analyst, Gaurav Jain, in the report. He said investors are worried about the impact of a democratic clean sweep on the tobacco industry. While the Republican victory could continue existing policies. There is also the release of Nielsen and MSA data, which could be a catalyst to stock price.

Analyst Commentary:"BAT's US performance was extremely strong in 1H20 due to strong volumes and pricing. YTD US cig industry volumes are -0.5% per MSA," Jain said. "BAT also increased average US cig prices by ~13c/pack, effective 28th September, the third price increase in 2020 after hikes in February and June. Thus, we expect the strength in US business to continue in 2H20." 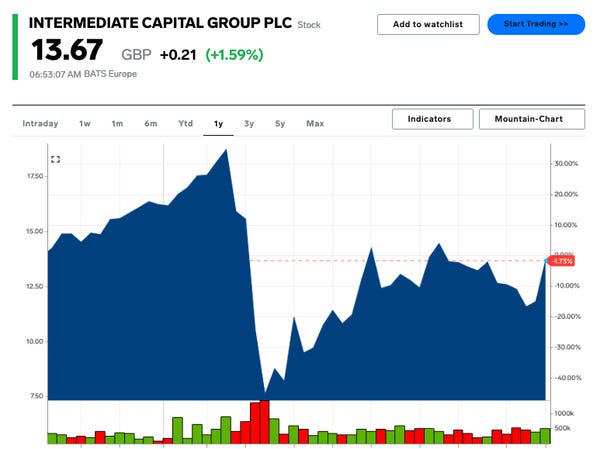 Catalyst: Intermediate Capital Group's first half of the year results on November 17 is expected to provide more visibility and reassurance, which has caused the "stock to drift in recent weeks", said Barclays' equity analyst, Michael Sanderson, in the research note.

Analyst Commentary: "The combination of the investor search for yield and restricted corporate credit availability offers a clear opportunity for a manager of higher yielding, alternative credit products," Sanderson said. "Investor demand remains high for its asset classes and the recovery of credit markets since March points to a H1 performance across both its third-party fund management business and BS portfolio that could allow it to close the valuation gap to peers." 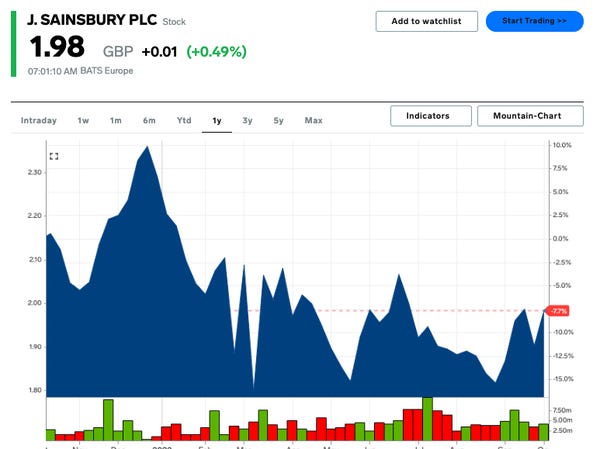 Catalyst: Sainsbury's first half of the year results will be announced on November 17. Barclays' equity analyst, James Anstead, in the report said he remains cautiously optimistic for the results as the retailer should see elevated grocery sales but will also have to manage COVID-19 costs. The new CEO is also expected to give some colour on his long-term thinking.

Analyst Commentary: "Sainsbury's strong underlying Free Cash Flow is its main attraction, to our eyes," Anstead said. "Until recently, the underlying strength was diluted by pension contributions, exceptional cash costs and capital injections into Sainsbury's Bank. All three of these 'leakages' are reducing and the current share price implies a comfortably double-digit FCF yield looking ahead." 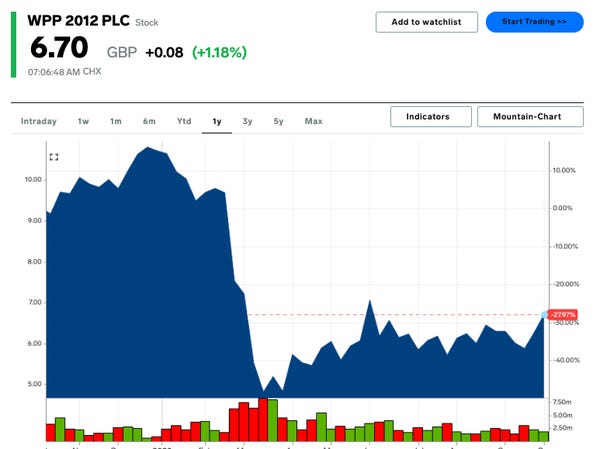 Catalyst: The investor day, which the date is still to be confirmed for, is expected to be a positive catalyst for WPP as it will provide extra disclosure on organic trends, said Barclays' equity analyst Julien Roch.

Analyst Commentary: "The better time to buy advertising agencies is at the bottom of the cycle when there is potentially significant earnings momentum ahead," Roch said. "WPP's 23.3 current FY20E guidance is conservative,in our view;- 10.0% to -11.5% organic implies that H2 is worse than H1 (which was -9.5%) despite July being down -9%. We think there is ample room to clear guidance." 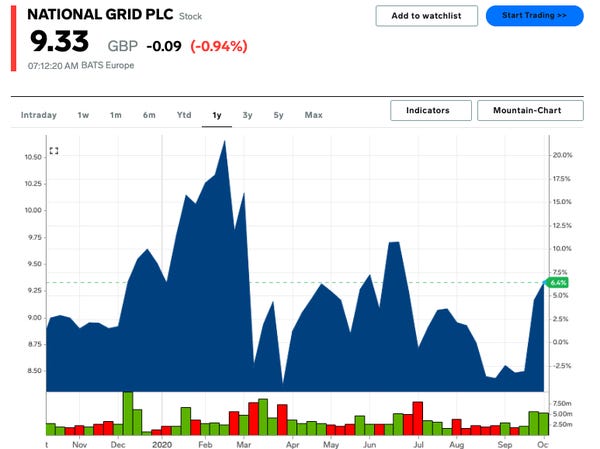 Catalyst: Barclays' equity analyst, Dominic Nash, in the research report said he expects  more favorable conditions for the final determination in December compared to the draft determination, which could lead to a re-rating of the stock.

Analyst Commentary: "In July Ofgem published a tough Draft Determination (DD) where we saw a low allowed base return of c.6% nominal, below our required return (c.7%), and the lowest cost of capital in global utilities alongside competition," Nash said. "In our analysis on the DD, we said 'It Can only Get Better' (13th August 2020) and any improvement from the determination would likely see shares rerate. The Final Determination (FD) is not due until December 2020, but we now believe the tide is turning in favor of increased returns and totex allowances." 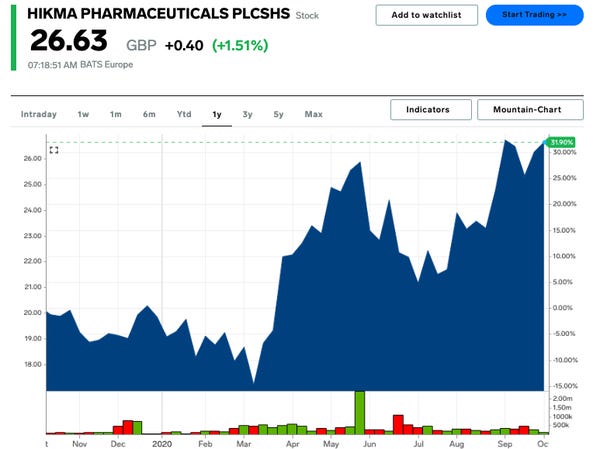 Catalyst: Barclays' equity analyst, Emily Field, said in the report she expects Vascepa to be launched prior to the company's November trading update, which will likely result in an upgrade of full-year guidance. While Field also  expects the company's generic version of GSK's Advair to launch early 2021.

Analyst Commentary: "In early September, we upgraded the shares to Overweight as we feel that 6.4 there is greater visibility into sustained revenue and earnings growth for all three of the company's business segments," Field said. 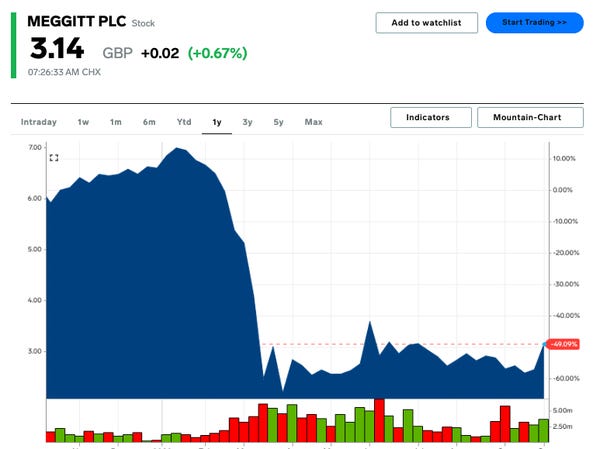 Analyst Commentary: "We remain UW on MGGT due to weakening macros for flight hours, and traffic growth from the growing likelihood of a Covid second wave," Keyworth said. "A deeper, longer recovery will impact profitability generated by the high-margin civil AM. We believe consensus 2021/22 remains too high and an EPS downgrade cycle is ahead." 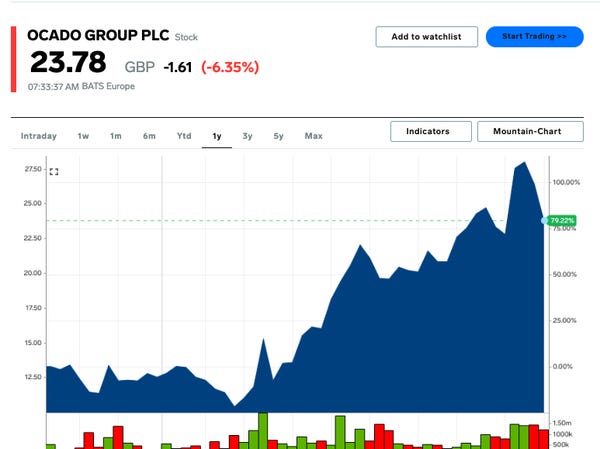 Catalyst: Anstead, Barclays' European food retail analyst, said he sees multiple catalysts for Ocado. The stock has been a beneficiary in the tech stock rally, which could be impacted if investor sentiment changes. There is a growing number of online grocery solutions competitors, which could challenge Ocado. And the company remains dependent on future earnings as well as facing  intellectual property complaints in US and UK courts.

Analyst Commentary: "The pandemic has certainly increased consumer demand for online groceries in many markets and therefore it seems entirely reasonable to assume that it should also increase demand for suppliers of 'solutions' like Ocado," Anstead said. "However, Ocado Solutions has not signed any new deals this year and we think the strong rally in tech stocks has left the valuation implying an implausible flow of new customers."